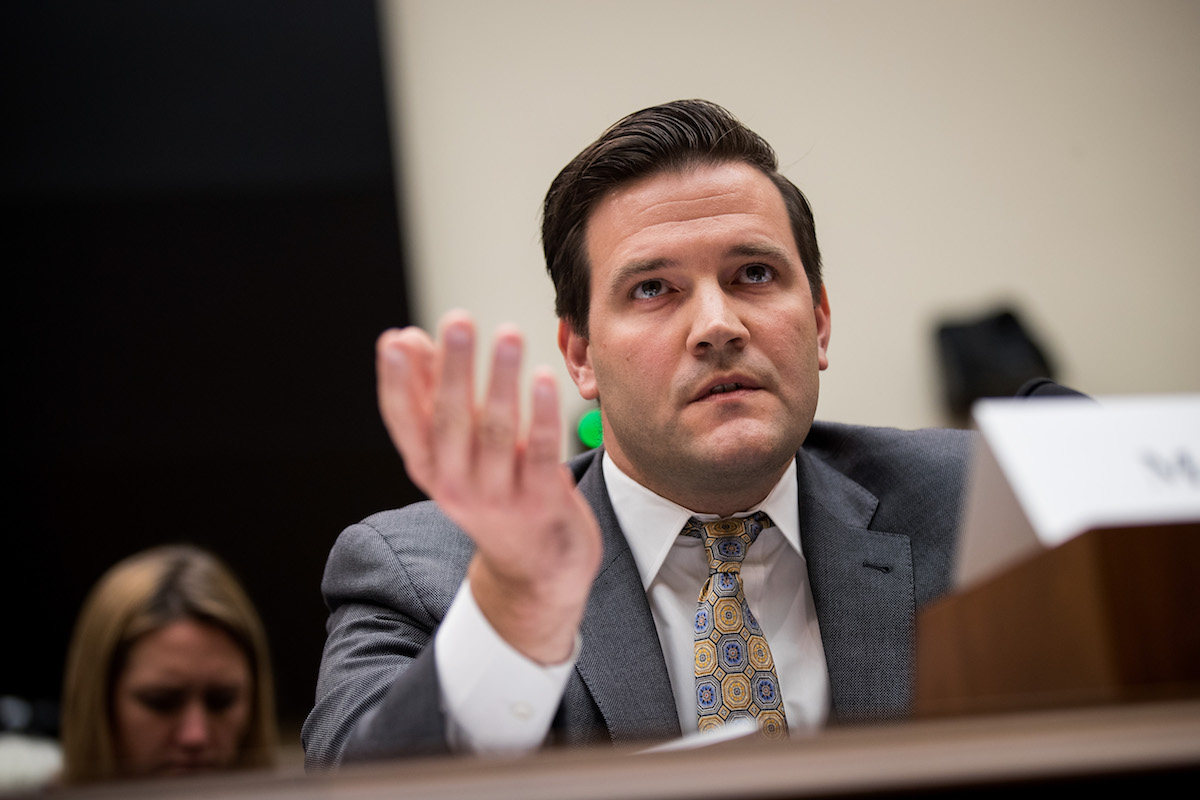 The Office of Refugee Resettlement officially exists, as it may sound, to offer support and resources to refugees resettling in the United States. Under Donald Trump, though, the department is led by Scott Lloyd, who seems to have made it his #1 priority to make sure refugee and immigrant women and girls don’t get access to abortion services—up to and including the discussion of “abortion reversal.” (Under his predecessors, abortions were routinely granted to women seeking them.)

Lloyd has interfered in a number of these cases, blocking immigrants and refugees from getting abortions, even in cases of rape. In response to an abortion request from a 17-year-old girl who had become pregnant through rape, Lloyd wrote a patronizing report stating that he could not direct the office to “participate in killing a human being in our care.”

As justification, he concern trolled the hell out of the situation, expressing concern for the young woman by saying, “It is possible, and perhaps likely, that this young woman would go on to experience an abortion as an additional trauma on top of the trauma she experiences as a result of her sexual assault.” He also wrote that abortion was unfair to the fetus. “The child—the one who is destroyed—is not an aggressor,” he wrote. “The aggressor, again, was the rapist.”

(This, by the way, is the guy Trump’s Supreme Court Justice pick Brett Kavanaugh has famously sided with on issues of granting migrant women and girls access to abortions. Just a reminder to call your senators!)

Now, Mother Jones has released a report detailing Scott Lloyd’s anti-choice villain origin story. Apparently, he wrote a paper during his first year at a Catholic law school that was so over-the-top in its anti-abortion proclamations that a classmate held onto a copy for nearly a decade and a half.

In the essay, which was written for a class of about 80 students, designed around discussing each other’s papers, Scott explained that he had previously gotten a girlfriend pregnant. The woman insisted on getting an abortion. They argued, but he ended up paying for half, and he never got over it.

“The truth about abortion,” he wrote, “is that my first child is dead, and no woman, man, Supreme Court, or government—NOBODY—has the right to tell me that she doesn’t belong here.”

In the essay, he says that abortion is “the exact same thing” as the Holocaust, in that it is “the violent result of society assigning lesser value to a vulnerable segment of its population.”

Actually, he implies that it’s worse than the Holocaust, because “The Jews who died in the Holocaust had a chance to laugh, play, sing, dance, learn, and love each other. The victims of abortion do not, simply because people have decided this is the way it should be, not through any proper discernment of their humanity.”

(Are we just choosing to ignore the implication that the Nazi’s discernment of the humanity of Jews was “proper”? Okay, cool.)

Scott wrote that the Supreme Court ruled wrongly in Roe v Wade, and that he doesn’t support abortion in any case, even in instances of rape, incest, or health risks for the mother. He also wrote that women give up their “bodily integrity” when they choose to have sex. Really.

Roe v. Wade points to the mental and financial troubles a pregnant woman faces. It doesn’t speak highly of women to assume that they can’t handle the pressures of being a mother, and that they need a procedure that is so directly opposed to femininity. Ask any of the female deans or professors at our school how much abortion was a factor in their success as a female professional. Ask them if having a child spelled mental and financial ruin. I sort of doubt that abortion was a key step on their path to success. Is abortion a choice we should endorse in an effort to make women a more successful segment of society?

This paper was so outrageous that it prompted at least one student to save a copy of it. Multiple students called it a “manifesto.”

In other circumstances, one could maybe cut Lloyd some slack, thinking that he was overreacting to an early sexual experience and hoping that he’d grown out of that phase—except he clearly hasn’t. He’s obviously still fundamentally opposed to abortion; the only difference is that he now serves as the legal guardian to young immigrant and refugee women, some of whom come to the U.S. in search of an abortion. He hasn’t grown up; he’s just been put into a position of power where he can deny women the constitutionally sanctioned abortions he so despises.