Exclusive: Love Our Orphan Black Science Recaps? Check Out the Cover of the New Book by Our Sestra Science Experts! 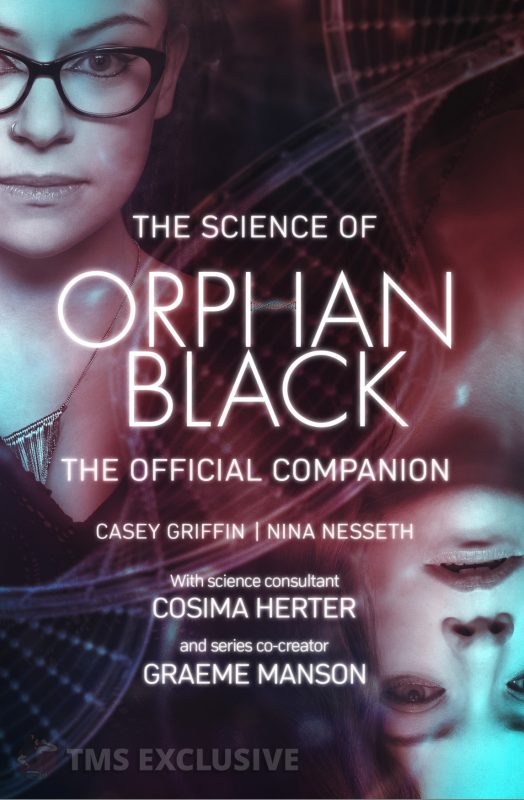 I’ve had so much fun doing the regular Orphan Black recaps for the past couple of seasons, but the real fun of TMS’ show coverage has been getting to read our awesome Orphan Black science recaps, written by the fabulous Casey Griffin and Nina Nesseth. Now, these two brilliant women have teamed up to expand their exploration of Sestra Science in an official companion book from ECW Press, the cover of which you can see above for the first time!

The Science of Orphan Black: The Official Companion is not only the product of Griffin and Nesseth’s beautiful brains, but it also has an assist from Cosima Herter, Orphan Black‘s science consultant and real-life inspiration for the character of Cosima, as well as series co-creator Graeme Manson! Here’s the official description of the book from ECW Press:

An official guide to the crazy science of Orphan Black

Delve deeper into the scientific terms and theories at the core of the Peabody-winning, cult favourite show. With exclusive insights from the show’s co-creator Graeme Manson and science consultant Cosima Herter, The Science of Orphan Black takes you behind the closed doors of the Dyad Institute and inside Neolution. Authors Casey Griffin and Nina Nesseth decode the mysteries of Orphan Black — from the history of cloning, epigenetics, synthetic biology, chimerism, the real diseases on which the clone disease is based, and the transhumanist philosophies of Neolution, to what exactly happens when a projectile pencil is shot through a person’s eye and into their brain.

Casey Griffin is a graduate student pursuing her Ph.D. in developmental and stem-cell biology at the University of Southern California in Los Angeles. She’s been a fan of Orphan Black and avid member of the Clone Club since 2011. When she isn’t loudly fan-girling over the show and being an all-around sci-fi and comic book nerd, she can be found working in the lab.

Also an avid Clone Club member, Nina Nesseth is a professional science communicator whose background is rooted in biomedical sciences and science communication, with special interest in human biology. She is a staff scientist at Science North in Sudbury, Ontario.

Nina and Casey write for entertainment news site The Mary Sue, where they dissect the science of Orphan Black.

We’ll definitely be giving you more info on this awesome title as we receive it!