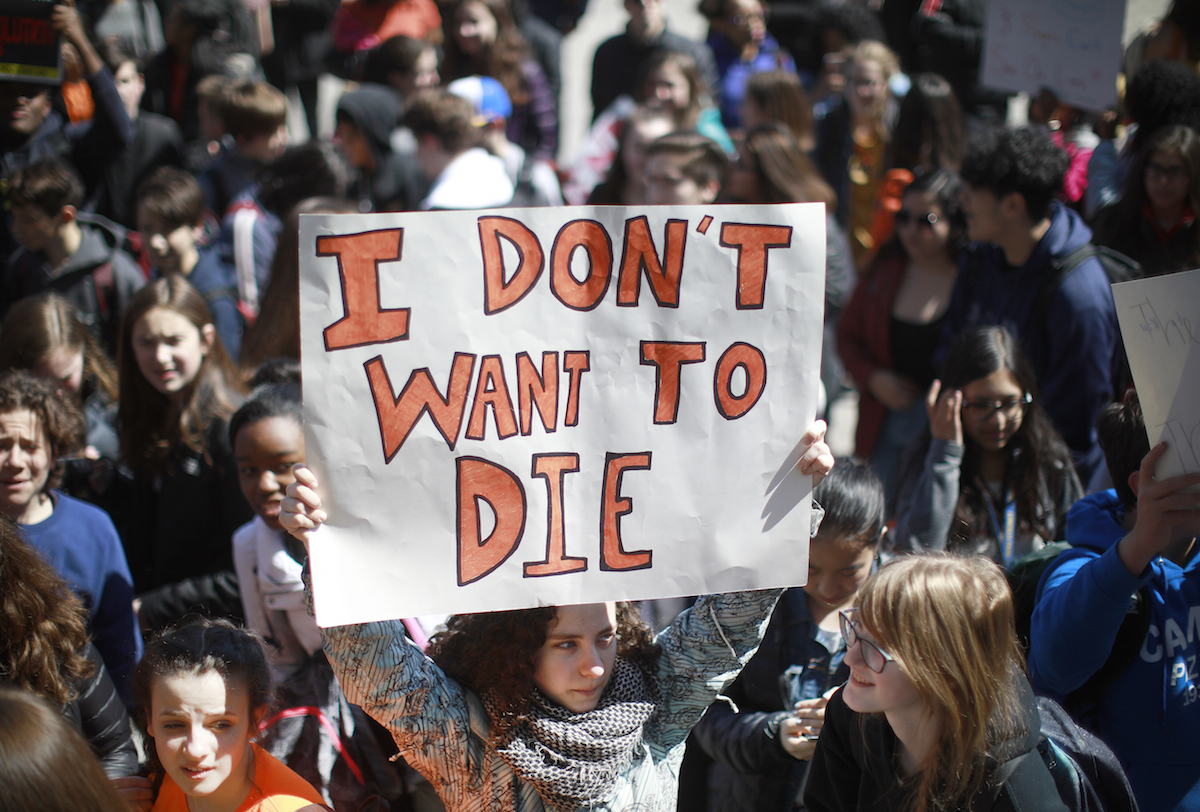 There was yet another school shooting today, this one in Santa Fe, Texas. Ten people were killed and ten more were injured. It always feels so insulting and ignorant when Republican lawmakers refuse to talk about the gun violence epidemic, accusing those who try to discuss actual solutions of “politicizing” tragedy. But in a staggeringly insensitive press conference earlier today, Texas Lt. Gov. Dan Patrick has outdone his party and his colleagues in terms of just how far one can bury their head in the gun violence sand.

TX Lt Gov Dan Patrick, a fierce opponent of gun control, says today’s shooting may have been caused by Texas schools having “too many entrances and too many exits.” pic.twitter.com/tLByRqL6oX

Yes, Patrick has a solution, and it’s not gun control. It’s door control. As he sees it, school shootings aren’t a gun violence issue, they’re an infrastructure issue, and if only schools had fewer entrances, kids would be totally safe.

I don’t even know where to start with this? The issue of needing adequate fire exits? The fact that in an active shooter scenario, having only one exit for students is a spectacularly terrible idea? Maybe just the basic logistics of how long it would take for hundreds or thousands of students to get in and out of a school through one entrance/exit, even under normal circumstances?

Or maybe we should talk about how ludicrous it is at this point to keep denying that gun violence is even an issue? How do you look at what’s happening in schools and public spaces across the country, nearly every day, and think “You know what the problem is? Doors.”

hey @DanPatrick, what do you think about this design for a school? pic.twitter.com/QpjSIUiRoP

No one should have to live in fear of being shot when they enter a public space, least of all children going to school.

Interviewer: “Was there a part of you that was like, ‘This could not happen at my school?’”

By the way, this was Paul Ryan’s response to today’s shooting:

BREAKING: @SpeakerRyan is having high school kids arrested for peacefully protesting outside his office for gun reform now https://t.co/IdybpfeNiD