How Satire Made Us Complacent in the Fight Against R. Kelly 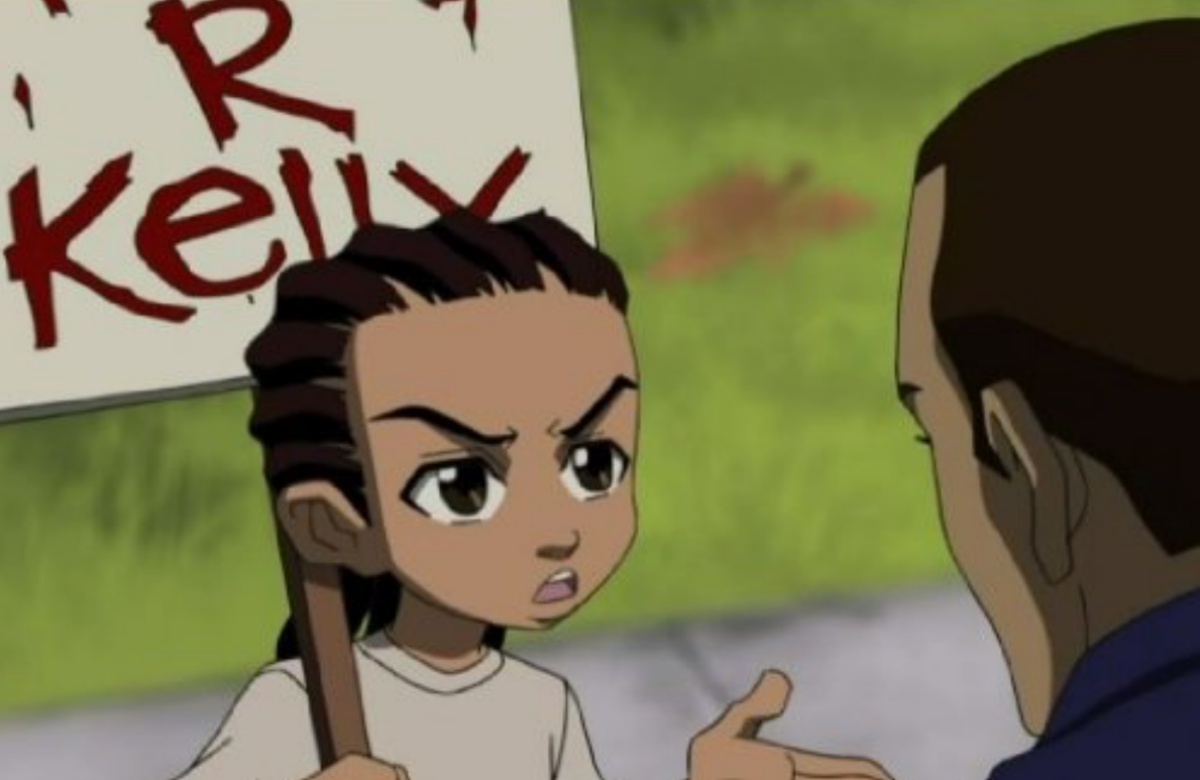 Jamilah Lemieux has been at the forefront of calling out R. Kelly and his bad behavior. As a Chicago native, a feminist and a black woman, Lemieux is invested in protecting the black girls that no one else seems to want to protect. She released a video on The Root that talks about responsibility and not using black women to lift up cis heterosexual men.

Watch: @JamilahLemieux breaks down why protecting black women and girls is more important than you breaking up with your favorite R&B singer. pic.twitter.com/GvZ3XPEDmC

Lemieux’s conversations about R. Kelly have been interesting to me as someone who grew up knowing R. Kelly’s music through cookouts and pop culture. When I think about the cultural context I grew up in that included R. Kelly it involves singing “I Believe I Can Fly” at my preschool graduation ceremony, dancing to “Step in the Name of Love” at parties and “Trapped in the Closet” memes.

Despite the fact that since before I was born R. Kelly has been known to have inappropriate behaviors with young women, most notably marrying 15-year-old Aaliyah, I’ve never heard any adults in my life question Kelly’s conduct when his music was playing and the intellectual satire at the time did not do enough to address his behavior.

The two biggest pop culture influences that framed the way I viewed R. Kelly and the infamous “pee tape” were the “Piss on You” skit from Chappelle’s Show and the episode “The Trial of Robert Kelly” from the adult swim show The Boondocks.

“Piss on You” and the later “Celebrity Trial Jury Selection” skit mock R. Kelly and his actions, playing up the gross humor of the actions. Using a very Kelly-esque beat in the background, the comedic elements completely remove the seriousness of the action turning it into literally potty humor. It mocks R Kelly and probably worked to de-sexualize him for a generation of women, but overall it was a joke.

Then in the jury duty skit, Dave’s character plays a black man skeptical of crimes that have been heralded at men like Kelly and Michael Jackson (although he does admit Robert “Baretta” Blake did that shit) by having unrealistic expectations of evidence and coming up with outlandish reasons as to why the evidence is like that. The character’s requests are irrational, without a doubt, but the humor lands. It is the kind of fallacious arguments that when mingled with comedy makes people say “that’s true tho” as they wipe tears from their eyes.

As has been spoken about on an episode of Revisionist History called “The Satire Paradox,” when it comes to satire the response to it depends on the audience watching it and how they already feel about the person being satirized. If you already feel like you can’t trust the legal system when it comes to black men and also think what R. Kelly did was funny then both of these skits reinforce that.

This disconnect between the message and the humor exists all over The Boondocks, a show I still love to this day. Taking Revisionist History’s point in mind, the biggest problem with The Boondocks is that the funniest characters are the most ignorant and the voices of reasons are always framed as “corny” and are the punchline of the joke.

Lindsay Ellis spoke in her Megan Fox video that in the film medium you remember the framing of character rather than the dialogue, especially when there is a disconnect between the two. I say the same thing applies to comedy. In comedy, especially comedic television, you remember and connect most to the funniest character even if you don’t agree with them: Archie Bunker, Cartman, Stewie, Nathan from Misfits, etc. In The Boondocks the funniest are Riley and Uncle Ruckus:  homophobic, sexist and violently inclined kid and a self-hating racist old black man.

In “The Trial of Robert Kelly” Tom is confident that the case will be a slam dunk because of all the evidence and Huey asks “Are you aware of the extent to which niggas love R. Kelly?” And boy does that episode prove it. Mind you, the episode does NOT flatter the pro-Kelly side on the surface. They are shown to be loud, ignorant and abrasive, but they get to speak. The people who are showing to be anti-Kelly don’t have a single line of dialogue.

Huey’s speech when he chews into the audience for supporting R. Kelly and stating that not every black man who is arrested is Nelson Mandela in important and as the voice of reason, we are supposed to agree with Huey.

Yet what happens right after? He gets played by Riley and the music keeps playing.

I very rememberer watching this episode as an early teen, around the same age that girl in that R. Kelly video was, and nodding along to Riley’s point that: “if she didn’t want to get peed on she would have moved out the way?” I mean I’d never let anyone pee. It’s that kind of rational male logic that permeates through so much of comedy.

But what that narrative establishes an idea that (a) this young woman had the power to get away and get away safely, and (b) acts as though a teenage girl having a 30+-year-old man pee on her is something normal. As if someone that young engaging in a sexual activity like that isn’t a larger sign of abuse.

The female character based on the girl in the tape even says “I’ve been peed on by guys who don’t even have a record deal. Shit, if I didn’t get peed on I’d just move out the way.” In real life, the girl never testified and this line is so disturbing because it paints the teenage black girl as “fast” and sexually in control in a situation with an adult. When regardless of whether she “wanted it,” the girl was underage so a crime was committed.

Let’s not forget that Sam Adam Jr., Kelly’s defense attorney, claimed this girl, who was allegedly 13-years-old at the time, was a “professional prostitute” and that she wasn’t taking the stand because it wasn’t her on the tape. That narrative is what led five of the jurors to have doubts about her. According to The New York Times, “five jurors told reporters that the absence of testimony from the alleged victim was a big handicap. ‘All of us felt the grayness of the case,’ one juror said.”

I can’t speak for anyone else, but for me, this episode and things like it really warped the way I thought about R. Kelly. I didn’t understand the context of what was going on, and no one around me was giving me that context.

Plus, the fact that we have felt comfortable for so long turning a teenager girl into the problem, instead of a grown man, speaks volumes about how fucked up our society is. But it also brings up the importance of aiming your punches in comedy because I’m sure the writers were not trying to actually make excuses for Kelly, but when you turn a predator into a joke you are making us all desensitized to the real damage that is being done.