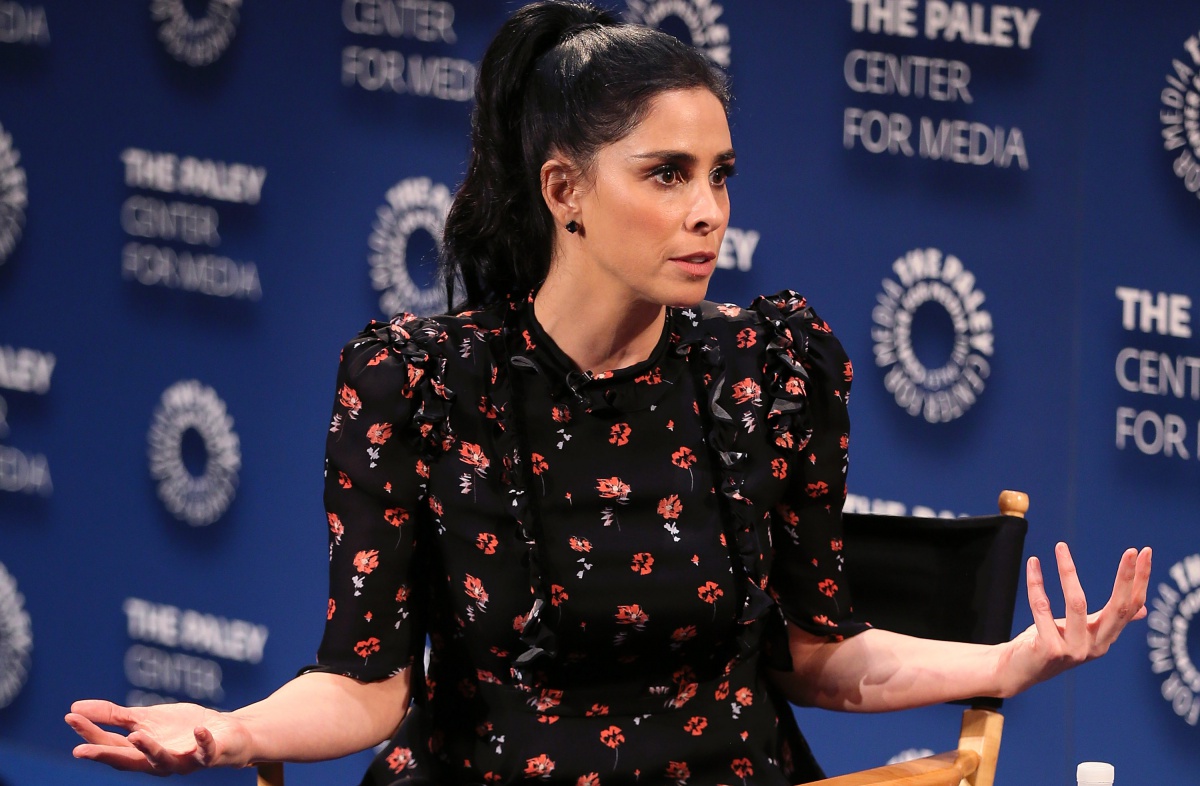 No matter what you may think of her, Sarah Silverman is one of the most successful and visible female comedians working today. With a career as long as she’s had, there are going to be jokes and sketches from her past that will always come up, and one of them is the blackface sketch from an episode of The Sarah Silverman Program. In the most recent episode of The Bill Simmons Podcast, Silverman admitted that she had recently been axed from a movie because of that sketch.

“I recently was going to do a movie, a sweet part, then at 11pm the night before they fired me because they saw a picture of me in blackface from that episode,” Silverman said. “I didn’t fight it. They hired someone else who is wonderful but who has never stuck their neck out. It was so disheartening. It just made me real, real sad, because I really kind of devoted my life to making it right.”

Ugh. Let me start out by saying that, yes, Sarah Silverman has repeatedly made apologies for the blackface sketch. She talked about it in an article for GQ back in 2018, where she said that she doesn’t “stand by the blackface sketch” and is ” horrified by it.” For her, she sees it as part of her being in such a liberal bubble where she thought that, by doing a sketch with blackface, she was using racism to deal with racism. However, she clarified, “I don’t get joy in that anymore. It makes me feel yucky. All I can say is that I’m not that person anymore.”

She also made a comment about it on her canceled show, I Love You, America.

I do believe that Sarah Silverman knows that it was a mistake to do blackface and has been trying to move past it. That doesn’t mean that there wouldn’t be consequences to her actions or a negative feedback based on the fact that she’s done. Because the use of blackface in comedy is larger than Sarah Silverman, it’s also about the way in which fans of comedy, especially white people and the Black friends who cosign their behavior, want to tell us that we are being racist by assuming ill intent from people who use it.

Take this example of a white man who clams to be a “civil defense lawyer” trying to explain to podcaster Crissle why she, as a Black woman, shouldn’t call it racist that Sarah Silverman does blackface:

Silverman says she lost this role to someone who “has never stuck their neck out,” and that, for me, is the wrong perspective to take on this. Doing blackface in comedy is not “sticking your neck out.” It makes you one of many comedians and actors who have done it, because it was considered mainstream and “shocking” enough to be done.

A comedian who has never done blackface is not a lesser comedian or someone who hasn’t taken on risky subject matter. That’s someone who has never used a historically racist American theatre trope because they know it’s wrong, offensive, potentially hurtful, and most importantly, if you are trying to “push the envelope,” dated.

Silverman told Simmons “it’s really scary” that one regretful mistake from someone’s past is enough to derail someone’s career, even if said person has worked hard to learn and grow from the error—except that’s not what’s happening. This is one role. Sarah Silverman’s blackface sketch is well known; it was the thing I knew about her before watching any of her work.

She was literally just in Ralph Breaks the Internet last year and is working on other projects. She’s been consistently working since 2007. This is one time that someone was uncomfortable because of it and said, Hey, no. Maybe the people behind that show were people of color, who frankly don’t have to forgive her for doing blackface, whether or not anyone else does. That’s the reality of the situation.

“It’s like, if you’re not on board, if you say the wrong thing, if you had a tweet once, everyone is, like, throwing the first stone,” Silverman said. “It’s so odd. It’s a perversion. It’s really, ‘Look how righteous I am and now I’m going to press refresh all day long to see how many likes I get in my righteousness.’”

Except for the fact that the people who truly suffer for that are few and far between. Even in cases like that of Guardians of the Galaxy director James Gunn, who was fired from that franchise as a result of things he’d tweeted, he ended up in a stronger position than ever because his work did speak to his growth, and he never made excuses for himself or blamed people who were genuinely offended by what he did.

I get that, for her, it’s frustrating to lose out on an opportunity because of something she feels she has grown beyond, especially because she sees people like Jimmy Kimmel, Robert Downey Jr., and Ted Danson, who have also done blackface, not “suffering” because of it, but that’s not why we grow—not to be rewarded for it. We grow so that we don’t make the same mistakes, so we don’t hurt people again. We grow because we want to be better people, and while we shouldn’t allow people to constantly use what we’ve done as weapons against, especially in bad faith, if someone genuinely is offended by it, especially if they are part of the group you wronged, then you have to accept the consequences.

Comedy isn’t evergreen, and we should give people grace to make mistakes and evolve, but evolution doesn’t mean your past mistakes never happened or that they can’t still hurt people.