Samsung Debuts Ballie, the BB-8-Style Household Droid Your Pet Will Love to Destroy

Whoever designed this clearly hasn't met a Jack Russell terrier. 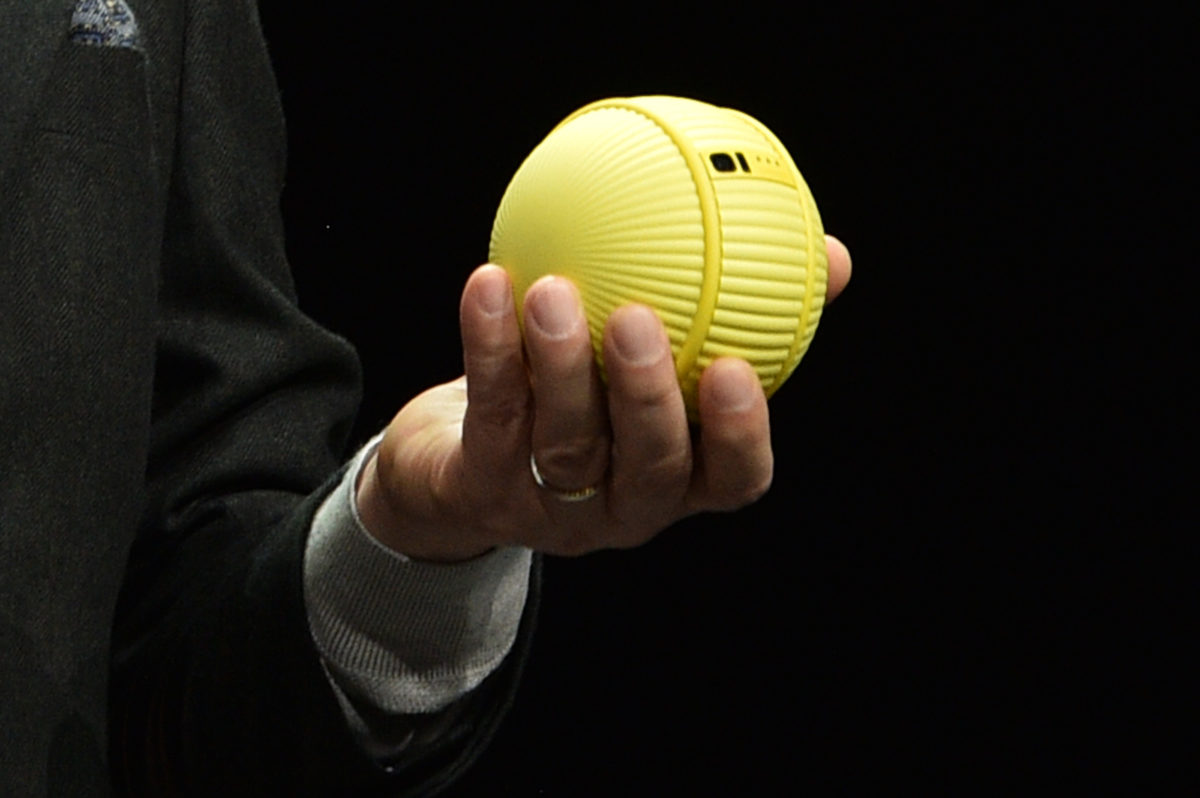 This week at the Consumer Electronics Show (CES) in Las Vegas, Samsung presented their latest invention, a rolling personal assistant robot called Ballie. The droid, which looks like a cross between a tennis ball and BB-8, contains a camera and mobile interface designed to communicate with various devices in your smart home.

In a splashy new ad, we see a woman wake up and go about her morning routine, accompanied by Ballie:

Meet #Ballie, Samsung’s human-centric vision of robots that takes personalized care to the next level. The small rolling robot, “understands you, supports you, and reacts to your needs.” #CES2020 #SamsungCES2020 pic.twitter.com/YzwgZN1Lgw

Ballie helps the woman by setting off her morning alarm, opening her curtains, turning on her fancy rotating television, working things in the kitchen, and telling the robot vacuum to clean up a spill. Ballie also entertains the dog by turning on Animal Planet and allows you to watch your dog while you’re away from home.

Is Ballie adorable? Oh my God, yes. Who doesn’t want a cute chirping little droid rolling around your ankles and preheating your oven? But as cute as Ballie is, it’s pretty vague what the rest of its applications are, especially if you don’t have the picturesque Samsung smart home of the commercial.

It’s also concerning that Ballie’s camera is constantly following you and collecting data about your lifestyle. While Samsung promises stringent data protections, there’s no guarantee of any real protection in this scary digital world. Aside from real concerns, for technophobes, there’s more than a little similarity here to a Black Mirror episode. Let’s hope that Ballie isn’t activated by a digital copy of your consciousness doomed to spend eternity in a prison of optimizing your air conditioning settings.

Dibs on the script for ‘Trust me, I’m Ballie’ where this thing gaslights you and locks all the doors in your home. Then right before it murders you, this cute ass dog decides it’s a tennis ball and saves humanity from our ambitious mistakes.

My Samsung #Ballie following me around to make sure I’m not being stupid. pic.twitter.com/waWr0iXa4d

While this is by far one of the cutest lil dudes that’s come across my TL it’s also really funny bc Samsung actually thinks that I’m rich enough to buy all the shit that #Ballie can be used for. https://t.co/bIJiEmd7kG

So the Haro robot from Gundam is going to become a thing in reality now? 🤔

“At the CES consumer electronics show in Las Vegas, the company showed off a yellow tennis ball-like robot named Ballie…that acts as your personal assistant.” pic.twitter.com/FJqkip2xrc

She said bye to Ballie but not to the dog smh https://t.co/vxfDFmJXxY

So what, besides the cuteness factor, does Ballie have to offer that Alexa and Google Home do not? Well, with the looks of a tennis ball, Ballie is sure to be your dog’s newest and most expensive chew toy. Ballie may be the latest example of smart tech, but I doubt it’s fast enough to outrun my Jack Russell terrier.