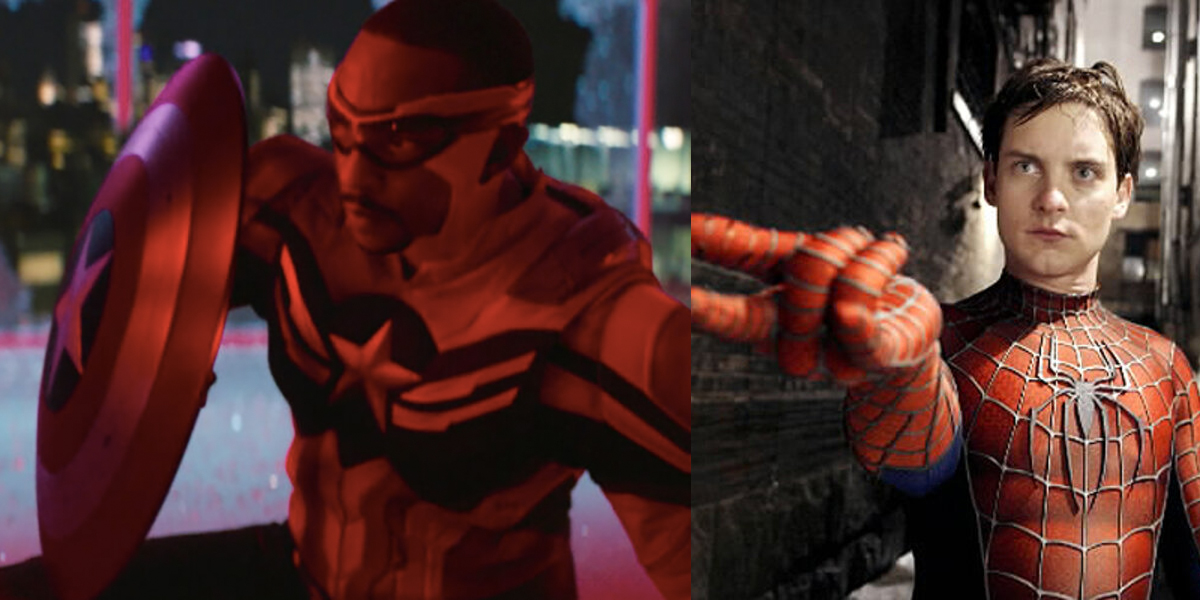 So, now I want another rematch between Peter Parker and Sam Wilson. Well, maybe a rematch is the wrong world, but a tag team is more like it. A new fan edit on Reddit finds Sam Wilson as Captain America coming into Spider-Man 3 and heading to Peter Parker’s aid against Venom.

(In case you forgot about Spider-Man 3, here’s a quick refresher: Eddie Brock is there. Venom takes over Peter first. He gets rid of the symbiote. Brock and Venom become one, and the rest is history. Oh, and that dance scene that people just can’t seem to stop talking about.)

Here’s the thing: Spider-Man: No Way Home has plenty of time to make this happen. The last we saw of Sam Wilson and Peter Parker together was, technically, on the battlefield of what used to be Avengers Compound. Both Sam and Peter helped the Avengers take on Thanos in Avengers: Endgame to win.

Before that, we saw their fun little battle during Civil War where Peter Parker couldn’t shut up and Sam had to finally say something about talking in fights. So how could this edit become a reality? Well, let me put on my tinfoil hat. What we know about Spider-Man: No Way Home is limited. But we all are pretty convinced that Tobey Maguire and Andrew Garfield are going to, at least, make cameos. So in my tin foil thinking, I just think they could right the wrong that was Spider-Man 3 by having Sam Wilson as Captain America come to his aide.

(It’s okay, I know this will never happen, but now this edit just makes me want to put it out there in the universe.)

Maybe one day we will see the reunion between Anthony Mackie’s (now) Captain America and Tom Holland’s Spider-Man. Until then, I will watch this fan edit over and over again and pretend like this is just all of Spider-Man 3.