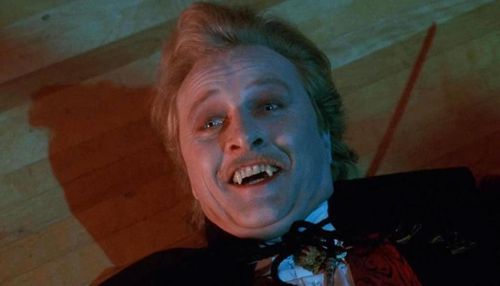 Everyone writing about this story is going to be referencing Blade Runner. Not me. It makes me giggle inside that Rutger Hauer, Lothos from Buffy the Vampire Slayer (the movie) is joining True Blood for Season 6. And we’ve got a pretty good idea who he’s going to play.

Yes, yes, Hauer has been in a lot of movies, not the least of which is Ridley Scott’s sci-fi classic, Blade Runner. But come on! This is just too good.

TV Line reports on the casting, “Hauer will play Macklyn, a mysterious and sinister figure with deep ties to Sookie and Jason.”

But is that the truth or a ruse by HBO?

It’s my thinking Macklyn will wind up being Warlow, the mysterious vampire I wrongly assumed would actually play a part in Season 5. If not, I’ll be a little disappointed but I’m still excited Hauer is joining the cast.

In the last few years, the actor has had roles in genre projects like Batman Begins, Sin City, and Smallville. Are you happy to hear he’ll be on True Blood?