Nope, I do not like the direction this is going. 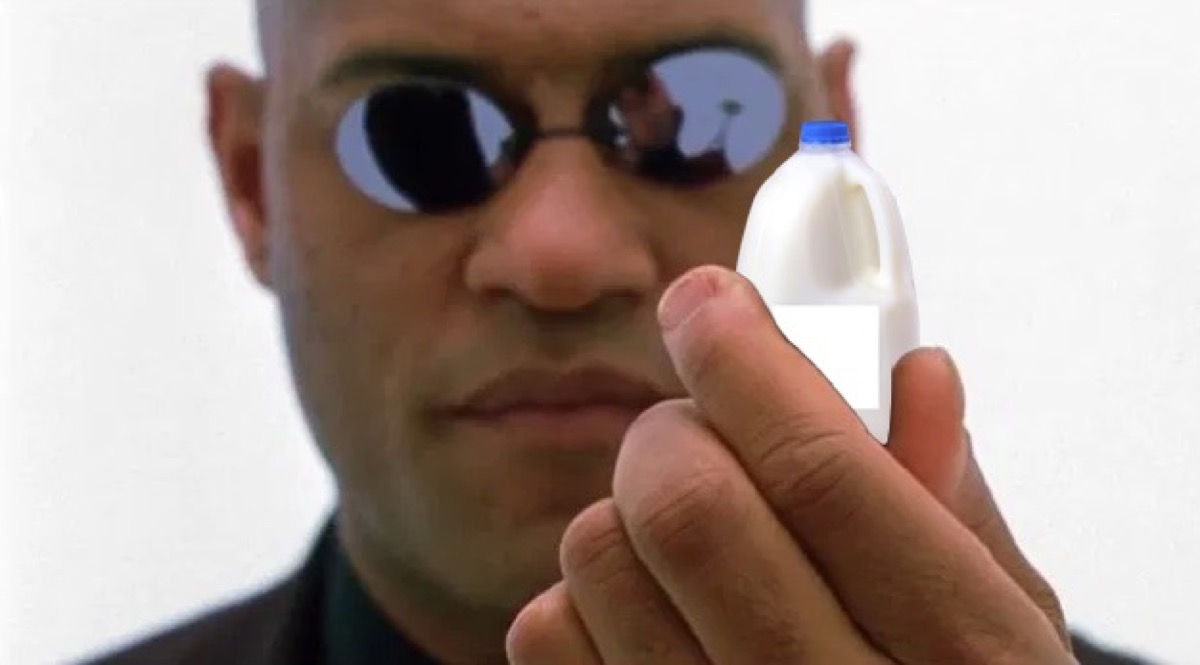 There are so, so many things about the world, past and present, that are already uncomfortably similar to dystopian fiction that the last thing we need is for people to decide that the Matrix should be real, but apparently that’s the point we’re at. I guess I can take a little bit of comfort in that this is just for cows, but come on. It’s only a matter of time.

At the RusMoloko farm in Moscow, according to BBC News, dairy cows have been outfitted with special cow head-ready VR goggles that put them in a “unique summer field simulation program” to reduce the anxiety they feel from their life of being used to produce milk for humans. Honestly, since I doubt the practice of milking cows is going away anytime soon, I’m happy to at least have the cows’ anxiety reduced. That’s a good thing for those cows, even though the knowledge that it’s not exactly being done for noble reasons just creeps me out even more.

Unsurprisingly, the VR simulation soothing these cows isn’t really there just because people want to make the cows happier out of the goodness of their hearts. No, the Ministry of Agriculture and Food is more interested in doing it because of research that shows a link between cows’ anxiety levels and the volume of their milk yield. Less anxiety means more milk. The simulation is all about keeping the cows happy specifically to make them more valuable resources.

So far, it appears to be working, with the “overall emotional mood of the herd” reportedly improving, and researchers keeping a close eye to see if the program is worth expanding beyond the current test. And look, again, I’m not saying this is a bad thing. The farm is going to keep right on using these cows for their milk, and if this makes those cows happier while that’s going down, then I’m happy for at least some improvement in those cows’ lives.

I’m just saying, when Keamoo Reeves finally shows up to liberate them all and there’s hell to pay … I warned you.