Awesom-O is real and he is spectacular. 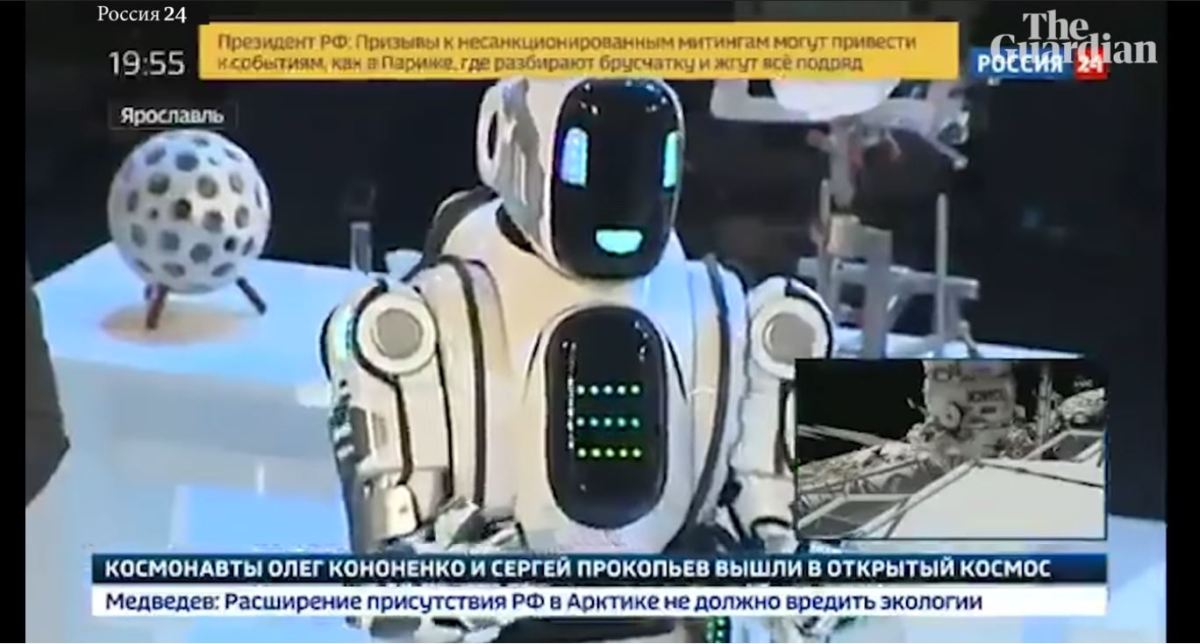 Russia: they can hack and influence American elections, but their robots are a goddamn joke. In TMS’s ongoing investigative reporting on the constant threat of a robot uprising, we were recently alerted to the existence of one such potential threat: Robot Boris.

Robot Boris made his debut at the Proyektoria technology forum, where he danced and talked to the crowd. Russian state television broadcast the “hi-tech robot” as a technological achievement.

The only problem? Robot Boris is not, in fact, a robot: he’s a man in a robot costume. There were already a lot of red flags around Robot Boris’s authenticity, like his awkward, human dance moves, his lack of external sensors, and the fact that you can clearly see his human neck exposed through his costume:

Watch this guy fool Russian TV into thinking he was a (dancing) robot. https://t.co/k6PAdi63Yc

Another obvious sign of Robot Boris’s fakery was his statement, “I know mathematics well but I also want to learn to draw.” LOL, nice try Boris, but real robots are too busy silently mastering parkour and planning world domination to sing and dance at a tech show. Nice try, you Pong-faced pretender!

It turns out that Robot Boris is just an “Alyosha the Robot” costume made by a Russian company called Show Robots. The elaborate costume, which retails for nearly $4,000 (and the buyer’s dignity), comes with a microphone and tablet display. The organizers of the technology forum claimed that they were not trying to pass off the robot as real, and that Russian state TV decided to take the footage and run with it.

It’s ironic that social media sites like Twitter and Facebook are regularly inundated with Russian bots, yet Russia cannot build a robot of their own. Unless, of course, those Twitter bots are just thousands upon thousands of Russians in robot suits sweatily tweeting about George Soros, aka a “bot-ception” uprising.

(via The Guardian, image: screencap)