Runaways Has Been Renewed for Season Two! 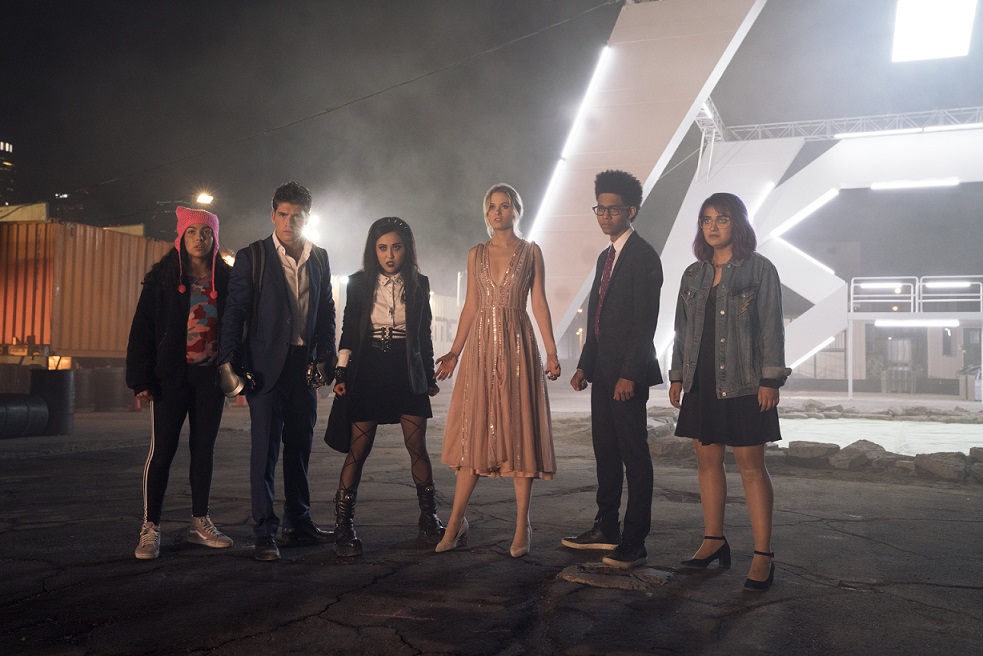 Hulu has renewed Runaways for a second season, just ahead of the Season One finale tomorrow night. The series was picked up for a full 13-episode Season Two.

Runaways is an adaptation of Brian K. Vaughan and Adrian Alphona’s comics series of the same name, in which six teenagers discover that their well-to-do parents are actually supervillains. The cast includes Allegra Acosta as Molly Hernandez (Molly Hayes in the original comics), Ariela Barer as Gert Yorkes, Rhenzy Feliz as Alex Wilder, Virginia Gardner as Karolina Dean, Lyrica Okano as Nico Minoru, and Gregg Sulkin as Chase Stein.

The showrunners/writers for the series are Josh Schwartz and Stephanie Savage, who have previously worked together on frothy teen drama fare like The O.C., Gossip Girl, and The Carrie Diaries. You can definitely see the influences of their signature style in the production and plotting of Runaways, where adultery, angsty crushes, and dropped subplots abound—but for all its inconsistencies and silliness, I’ve still been enjoying the hell out of the season. The writers have created a wonderfully watchable show, and the cast really kills it.

The cast and crew celebrated their renewal on Twitter:

It’s official !! Thank you so much for watching the show and trusting us to play such iconic characters ♥️♥️ SEASON 2 BABY 🙌🙌💥💥💥 https://t.co/DKeKs6FSlV

So pumped to come back for a season two!! Thanks for watching guys! Finale coming atcha Tuesday! https://t.co/iaJ1eBVne1

It’s official!! Thank you to everyone who watched and supported the show! 💥💥💥 Love you guys! https://t.co/ADwWWD1y7A

Here’s to a second season!