I Love You, Runaways, But We Don’t Use Women’s Trauma for Men’s Character Development 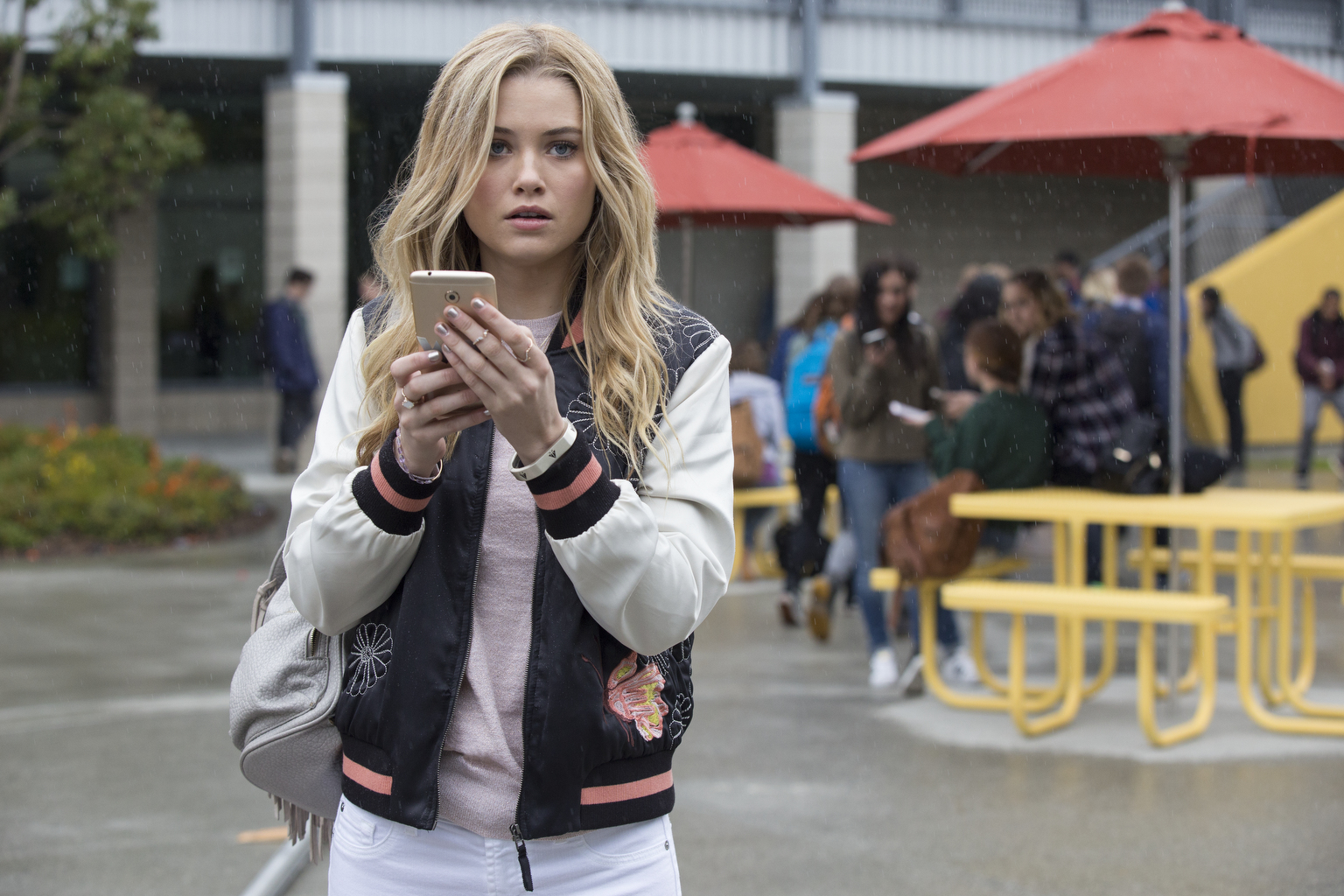 [CW: Spoilers for the first three episodes of Hulu’s Runaways, and discussion of a scene involving attempted rape at a party]

As I stated in my initial review, I really enjoyed the first four episodes of Hulu and Marvel’s addictive Runaways series. The producers have definitely injected it with their signature Gossip Girl/O.C. frothiness and drama, but that worked for me in a show that’s expanding fast-paced comics into a longer, teen-oriented TV series. However, as promised, there was one element which I wanted to certainly discuss in the future, and that’s the attempted rape scene in which Chase rescues Karolina.

To recap, in the first episode, Karolina decides to get a little rebellious, and so she goes to a party. After she takes off her bracelet on the dance floor and unveils her powers, she promptly passes out, and Chase’s lacrosse teammates take her upstairs and attempt to assault her. Chase bursts into the room, pushes them off her, and gets her out safely.

Now, some things about this scene worked for me. The fact that no one at the party really reacted as the boys hauled Karolina up the stairs felt disturbingly realistic; many sexual assaults occur at rowdy parties, and people rarely intervene. In addition, many sexual predators are repeat sexual predators, and so the boys’ matter-of-factness and established tag-teaming felt as terrifying as it did real. Including these very real elements of young adult life isn’t wrong in and of itself.

However, when we’re discussing the inclusion of a scene, we have to ask what it’s there to accomplish, and how it functions in the story. And this scene was pretty much only included for Chase’s character development, to show us that he’s a good guy and a hero despite ditching Gert.

The filming certainly reinforces this. Jarringly dropped in the first episode, with the attempted assault taking place on a mattress on the floor, and with Chase shouting and slinging punches, it’s not exactly a nuanced moment, and with all the close-ups of Chase’s agonized face, it’s certainly not meant to develop Karolina.

Now, as the episodes go on, it does seem like Karolina’s experiences are addressed. She starts to process that something awful nearly happened to her, something she has no memory of and that she has to hear about secondhand. That element of many sexual traumas—the not-remembering—is incredibly difficult for a lot of victims, and there’s something truly worthwhile in Runaways addressing it. The fact that she gets to grapple with this, slowly and over multiple episodes, gives me hope that they’ll handle this subplot better—and in a way that centers Karolina—going forward.

But the point remains that rape-as-character-development is a troubling trope that often ends up trivializing sexual trauma—and doubly so when it’s only used in service of a male savior character. In making that scene all about Chase, the show inadvertently treats Karolina as a secondary character in her own trauma. And, perhaps more pressingly, it treats the idea of male complicity in rape culture—a subject that’s particularly sensitive in the news right now—as something that’s easy and direct for men to confront.

In reality, rape culture is far more insidious and pervasive; confronting it requires men to have difficult conversations and make difficult decisions far more often than it requires them to throw haymakers. The real-life Chases are far more likely to hear about attempted or completed assaults secondhand, and then have to decide who to believe, in a culture where siding with their bros would be easier and more comfortable. Men do fail to protect women physically when an assault occurs, but far, far more “good guys” fail to protect us socially and professionally after the fact.

And as with the scene itself, one has to ask what this additional subplot—one that’s not in the comics—accomplishes. Karolina goes out for one night. She physically frees herself by reveling in her powers, metaphorically frees herself by checking out all the hot girls on the dance floor, and … and multiple dudes almost assault her. There’s something Puritan about these sorts of plots, which punish women for exercising their freedom, and I hate the fact that we didn’t get to enjoy Karolina’s discovery of her magical rainbow hands without associating it with assault.

Still, I’m hopeful for the series going forward. I hope that, as the season continues, the show gives Karolina time and dramatic space to process, and that the attempted-rape-as-character-development trope does not reoccur. (Don’t pull a Game of Thrones and refuse to learn, please.) There’s so much to enjoy about this show, and these characters feel fully real and layered. There’s no need to add damaging subplots to ruin all that.