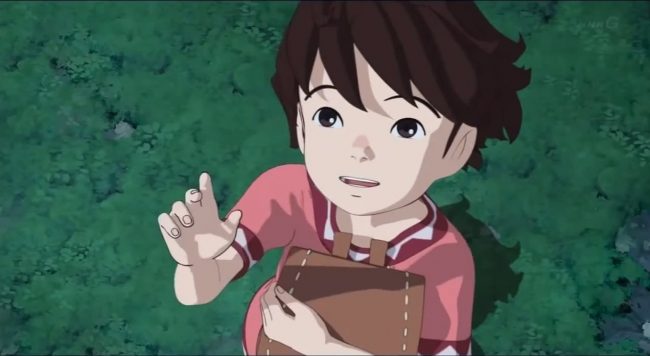 Ronja the Robber’s Daughter, an animated series based on Swedish author Astrid Lindgren’s fantasy series of the same name, is coming to Amazon set to the voice of Gillian Anderson. The series is told in 26 parts and was directed by Hayao Miyazaki’s son Gorō Miyazaki, who also directed Tales from Earthsea and From Up on Poppy Hill. Ronja first premiered in 2014, and you can watch an old trailer here.

The art was animated by Polygon Pictures and co-produced by Studio Ghibli, which is why it has a different look from typical Ghibli films–though themes of female childhood, nature, and friendship will look very familiar to Ghibli fans. Also known as Sanzoku no Musume Rōnya, the story follows Ronja, the young daughter of a bandit. We’ll see her exploring and making a home in an enchanted forest full of mystical creatures and “befriending members of a rival tribe,” mainly Birk, a boy her age who’s also the son of the tribe’s chief.