Robot Nominated to Carry Olympic Torch in 2012 | The Mary Sue

Robot Nominated to Carry Olympic Torch in 2012, Stands Pretty Much No Chance 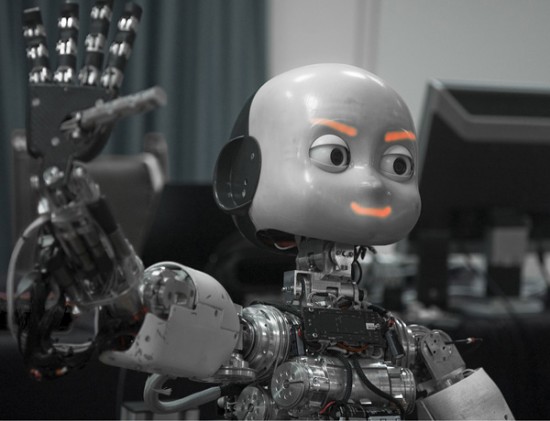 The 2012 London Olympics are not that far off and, of course, there are many preparations in order, including deciding who will be involved in the traditional torch relay. The bearers are to be chosen through a nominations system (which is now closed, sorry) that is aimed to allow people with “inspirational” stories a chance to bear the flame. People with “inspirational” stories and also a robot, apparently.

James Law of Aberystwyth University nominated the iCub robot as a potential torch bearer, and not just as some sort of prank. Here’s Law’s pitch:

2012 will mark the 100th anniversary of the birth of Alan Turing, the founder of computer science and a figurehead for the code breaking efforts of WWII. A robot torch bearer would be a fitting tribute to Alan Turing, and an inspiration to future generations of scientists and engineers.

That’s all well and good, and actually, a pretty decent argument, but the chances that iCub will actually be allowed to run are slim to none. You see, torch bearers must meet a few requirents. They have to be at least 12 years old and live in the U.K. iCub hasn’t been around for 12 years yet and is modeled after the learning capacities of a toddler, so that’s pretty much out. It is located in the U.K., but it doesn’t exactly live there, if you catch my drift.

Though it’s a nice sentiment to suggest remembering Turing in this way, its also worth noting that Turing (and robots) are, at best, tangentially related to the Olympics. iCub probably has the skills to compete in archery, but again, there’s probably some kind of rule that requires contestants to be, you know, alive.

As of now, a random sampling of nominees are being presented to the judging panel, so iCub may not have even made the random number cut, not that he really stands a chance anyways. Though it would be nice to remember Turing by having iCub run, we’ll probably just remember Turing by writing articles about how someone nominated the iCub to run. Close enough?