What Exactly Did Robert Mueller Just Say About the Russia Investigation? 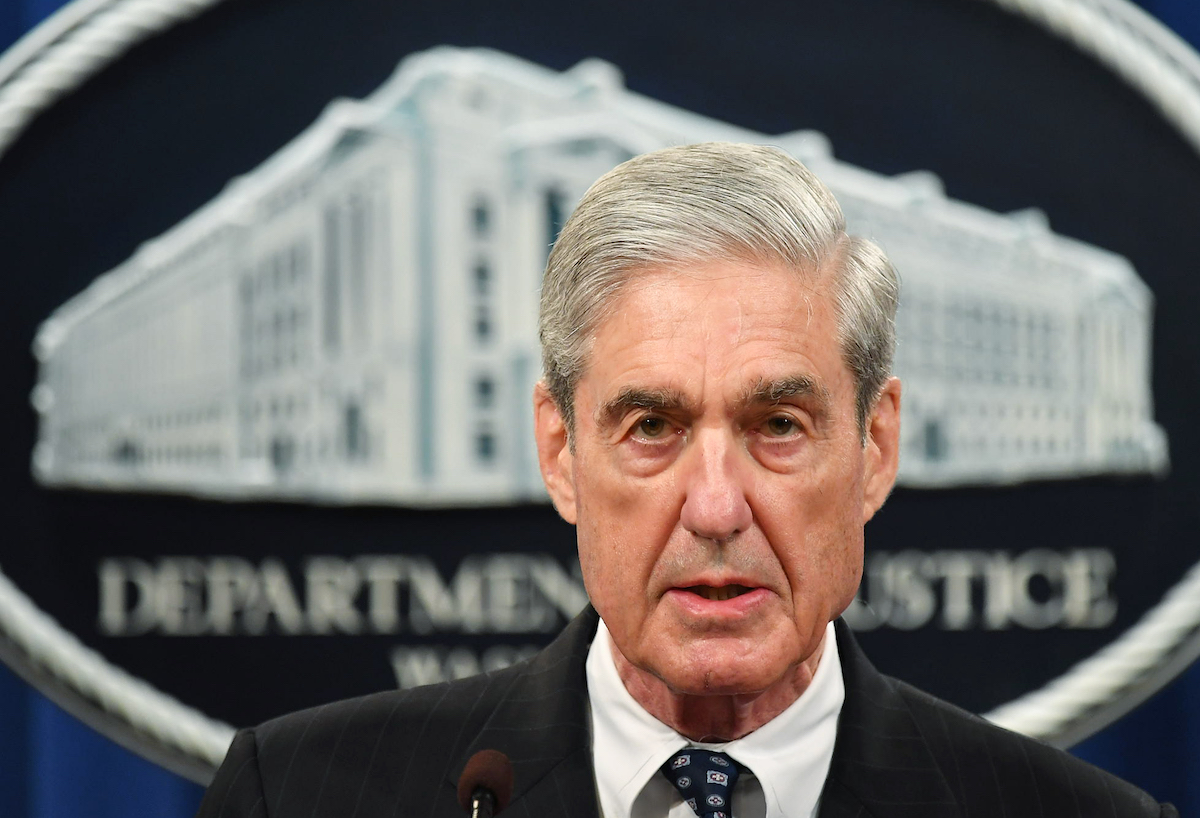 Robert Mueller gave a press conference today, marking the first time he’s spoken publicly since the completion of his investigation into Russian interference in the 2016 election. He started by announcing the special counsel’s office is closing and that he will be resigning. That’s not surprising since that office was created specifically for this investigation, which is now over.

From there, Mueller offered a few comments on the report, but he repeatedly said that the report should speak for itself. He even specifically said that if he were called to testify in front of Congress, his testimony would be limited to what’s already included in the report. (I didn’t know you were allowed to dictate the terms of your own congressional subpoenas, but here we are.)

A lot of people have been upset with Mueller for not making a declarative statement regarding Donald Trump’s involvement in Russia’s interference in our election or his potential obstruction of justice during the investigation. Here, he finally explains why, although he also tells us, like a teacher exhausted by students not doing the reading, that all of this was already in the report.

“As set forth in the report after that investigation, if we had had confidence that the president clearly did not commit a crime, we would have said so,” he said. “We did not, however, make a determination as to whether the president did commit a crime.”

That’s a very big statement, but one we already knew. Mueller’s report specifically said that his office “did not draw a conclusion–one way or the other” as to whether Donald Trump committed a crime. This, though, allowed Attorney General William Barr, as well as Trump himself, to distort the results and turn we can’t say he didn’t commit a crime into a declaration of innocence. So why didn’t Mueller make a stronger statement—one that couldn’t be twisted by the incredibly biased hands he knew his report would end up in?

Basically, he says that, per the Justice Department’s guidelines, a sitting president can’t be charged with a federal crime. And since Trump couldn’t be charged, “it would be unfair” to accuse him of a crime that couldn’t have a legal resolution.

Here’s that argument in his own words:

The introduction to the volume two of our report explains that decision. It explains that under long-standing department policy a president cannot be charged with a federal crime while he is in office. That is unconstitutional. Even if the charge is kept under seal and hidden from public view, that too is prohibited. The special counsel’s office is part of the department of justice and by regulation, it was bound by that department policy. Charging the president with a crime was, therefore, not an option we could consider.

The department’s written opinion explaining the policy makes several important points that further informed our handling of the obstruction investigation. Those points are summarized in our report and I will describe two of them for you. First, the opinion explicitly permits the investigation of a sitting president, because it is important to preserve evidence while memories are fresh and documents available. Among other things, that evidence could be used if there were co-conspirators who could be charged now. And second, the opinion says that the constitution requires a process other than the criminal justice system to formally accuse a sitting president of wrongdoing. And beyond department policy, we were guided by principles of fairness. It would be unfair to potentially accuse somebody of a crime when there can be no court resolution of the actual charge.

Wow. That is both a lot and, simultaneously, absolutely nothing. Mueller is still asking the public—and Congress—to read between the lines. And the message is: I showed you the evidence but it can’t go to a legal court. It has to go to Congress.

Mueller is playing a game of Taboo with Congress.

Mueller: (1) We didn’t exonerate Trump. (2) He obstructed justice but we can’t say it. (3) Congress needs to take the baton now (4) but please don’t call me to testify.

Shorter Mueller: I did my job now it‘s time for Congress to do theirs.

Of course, by “playing a game of Taboo”—i.e. refusing to actually tell Congress to get their shit together and impeach Trump already—Mueller is still leaving the door open for takes like this:

Nothing changes from the Mueller Report. There was insufficient evidence and therefore, in our Country, a person is innocent. The case is closed! Thank you.

That is 100% not what Mueller, or his report, said, but if Mueller is relying on Congress to understand what he meant, will they pick up on his hints? Some members of Congress seem to be ready to act (even though Mueller’s statement today, again, didn’t really say anything that wasn’t already in the report).

Read my statement following Special Counsel Robert Muller’s press conference this morning on the conclusion of the investigation into President Trump and his associates: pic.twitter.com/1FDMotIgiY

I know that Congress, like Mueller, is concerned about starting proceedings that might not have a satisfying outcome, but standing by and finger-wagging without taking any sort of action is just getting ridiculous.

I am very sympathetic to the political concerns of the House Leadership and the consultant class, but it’s becoming clear that dodging an impeachment inquiry would be a grave moral, constitutional, and political mistake.

And, as if this weren’t a big enough mess, all the focus on Trump’s obstruction means that there’s a major issue that still isn’t getting enough attention:

Russia interfered in the 2016 election. If we don’t do anything to upgrade our election infrastructure, we will leave our nation vulnerable to future attacks. We must embrace hand-marked paper ballots and it’s imperative Congress pass the PAVE Act to protect our elections.

If you want to read the Mueller report, but find its length and density daunting, Audible has an audio recording available for free. I also recommend a podcast called The Mueller Report: A Radio Dramatization. This is not the actual text of the report, but a humorous editorializing, narrated by “Robert Mueller,” giving insight into an imagined version of his line of thinking when writing the report. Episodes are super short (like less than 10 minutes each), really funny, and really do add a useful level of commentary to the report itself. (And, as a bonus, it’s written and produced by two trans folx.)