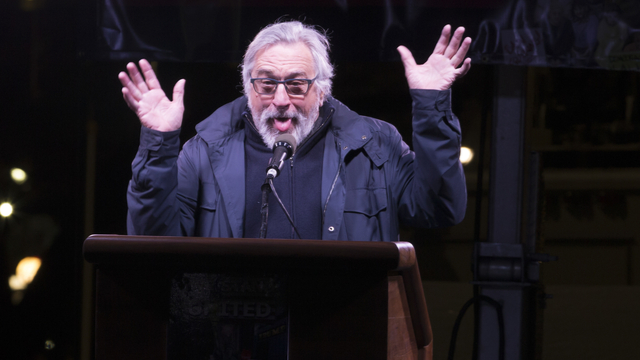 It’s graduation season, which means the internet’s been flooded with videos of celebrities and notable figures delivering commencement speeches. And this year of all years, the speakers, whose job is to inspire and invigorate, have had a lot to work with. (Or against.) Helen Mirren told the students of Tulane a bunch of dirty jokes, but also pushed serious issues, like her path to feminism.

Helen Mirren explains why she’s a feminist in a speech at Tulane University’s graduation ceremony. pic.twitter.com/Kkn9NyFtHn

Lauren Duca spoke to the students of Bard College at Simon’s Rock, and directly addressed the election (and that “potato head” Tucker Carlson), and the fears the current culture sparks in so many of us. But she also laid out a solid plan to deal with whatever life will throw at these young graduates:

Number 1: Never let anyone tell you who you are.
Number 2: Embrace the greatest version of the person you know you were meant to be.
And, Number 3: Work your goddamn ass off.

Hillary Clinton spoke to the women of Wellesley, and she spent a good portion of the speech dragging Trump, and speaking directly of the horror show we’re now living through.

But of course, it wasn’t all election talk and Nixon references. She still managed to say some incredibly moving words, telling the students they have the power to change the country’s current circumstances, and “to keep going.” She urged them, “Don’t be afraid of your ambition, of your dreams, or even your anger – those are powerful forces. But harness them to make a difference in the world.”

Robert De Niro, though? Robert De Niro has no time for niceties or calming the fears of young graduating students. Plain and simple, he says, “the country’s gone crazy.” Being an actor, after all, he decided to put things “in movie terms.” He told the students of Brown that when they started college, the world was “an inspiring, uplifting drama.”

Actor Robert De Niro tells graduates in commencement speech that they are graduating into a country that is like a “tragic, dumbass comedy.” pic.twitter.com/bGg0r6f4vC

I’m not saying this isn’t 100% true. It’s just a tad less uplifting than the typical commencement speech. That’s right on-brand for De Niro, though. Back in 2015, he spoke at NYU’s Tisch School of the Arts’ graduation and told all those young wide-eyed artists, “Yeah, you’re fucked.”

I guess the takeaway is that if you’re ever planning a graduation and want to make your students feel really terrible, Robert De Niro is the guy you want to call.

(via The Guardian, image: Shutterstock)