Will Riverdale’s K.J. Apa’s Car Accident Be What It Takes to Get Safer Industry-Wide Work Conditions? 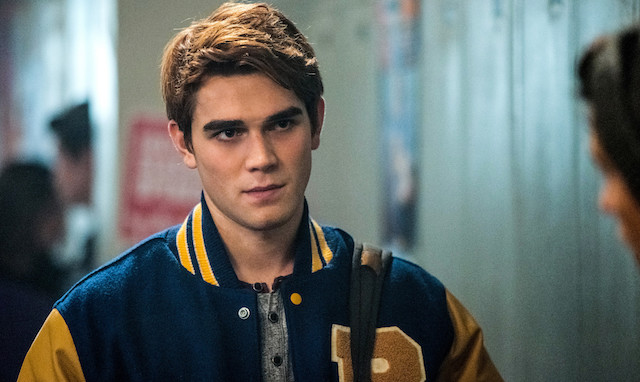 TV and film sets have notoriously demanding work schedules, where pre-dawn calls and 12+ hour work days are not uncommon. The cast and crew of Riverdale are reportedly demanding an end to these kinds of conditions after K.J. Apa, aka Archie, fell asleep at the wheel returning home after a 16-hour workday.

Before you freak out, it sounds like he’s doing fine! According to The Hollywood Reporter, he was taken to the hospital and subequently released without serious injuries. The silver lining here is that Cole Sprouse was reportedly planning to drive home with Apa but changed his plans. And while Apa is unhurt, the passenger’s side of his car, where Sprouse would have been, took the full force of the collision when Apa fell asleep and hit a light pole.

The other silver lining may be that this has the potential to make some change in the entertainment industry’s safety standards. THR writes “The crash has ignited a firestorm of protest on the Riverdale set, sources tell The Hollywood Reporter. The show routinely requires shoots that last until the early morning hours, and the cast and crew are not provided transportation to and from the set.”

This is just one in a string of recent on-set and work-related accidents in the film & television industry. The Walking Dead stuntman John Bernecker recently died falling off a balcony during a rehearsal. Motorcycle racer S.J. Harris died while doubling for Zazie Beetz on Deadpool 2,  an accident members of the stunt community say “absolutely could have been prevented.” These are different types of accidents than Apa’s, but they’re all rooted in a need for better safety regulations for casts and crews.

When actors talk about long hours or grueling schedules, it can get eye rolls in response. A lot of people have no sympathy for those trading sleep for a TV star’s salary, especially since most imagine stars sitting comfortably in cozy trailers, getting their hair and makeup done, essentially being pampered, and then complaining about it.

But beyond being callous about the health and well-being of actors, it’s not just the stars working these hours. For every well-paid actor on set with a public platform and teams of agents and managers fighting for them, there are dozens of crew members, working all sorts of jobs, who don’t have the privilege of a visible platform when fighting dangerous work conditions. (Here’s an older but always relevant look at the “unglamorous” side of film and television sets.)

If Apa had a 16-hour day, there’s a good chance any number of crew members worked even longer. Riverdale is one of the CW’s top shows, and Apa is its star. If anyone is going to ignite a “firestorm of protest” to affect the entire cast and crew, it’s him. A call between the actors’ reps and the network is reportedly scheduled for today. Let’s hope it leads to increased safety standards to benefit everyone.