Is Riverdale Really Prepared to Do a Gay Conversion Therapy Storyline? 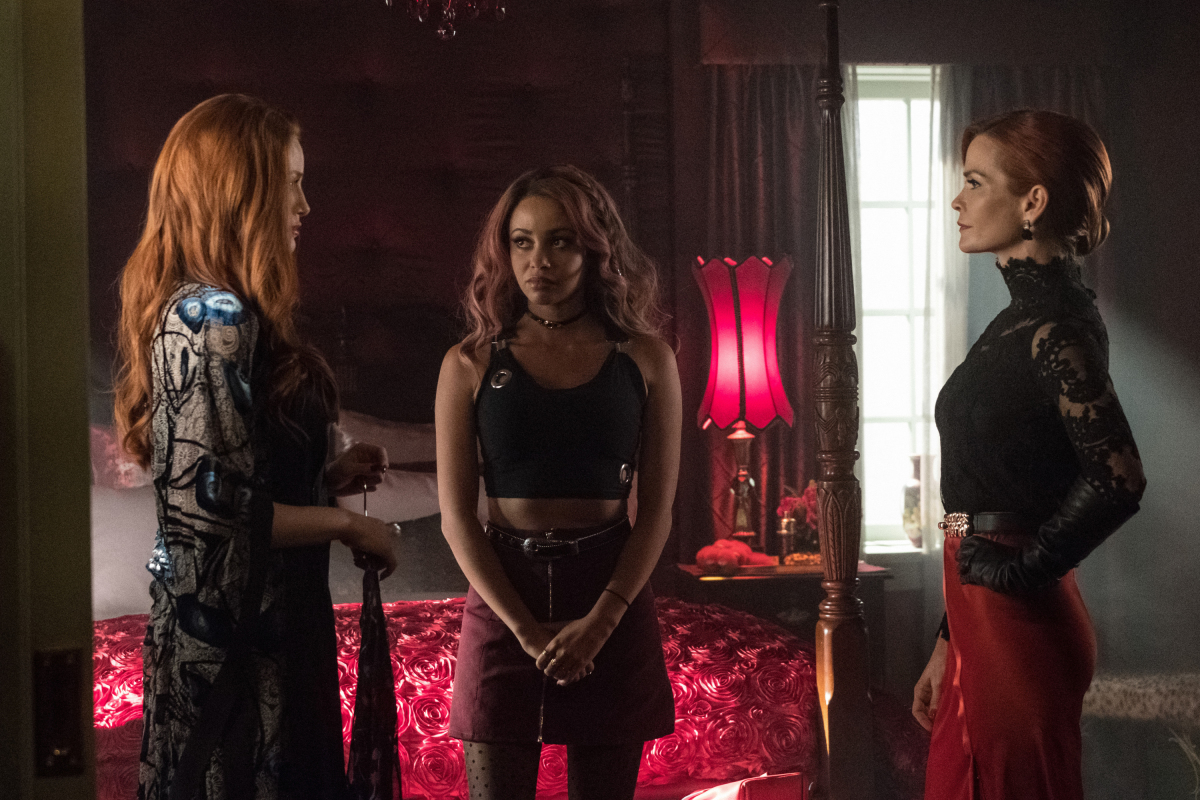 Riverdale, in its desire to occupy a space between the surreal and the absurd, often goes to places it is not equipped to properly deal with. This has been most apparent with the Serpents storyline and the Lodges’ mob family drama.

The only moments that really pull me out of the show are when the drama becomes framed around something that needs a lot more concern and care than the show is ready to give it. The first time this happened was in “Chapter Twenty-Four: The Wrestler,” when amidst Archie joining the wrestling team in order impress Veronica’s hot dad, Jughead writes an exposé of Riverdale town hero General Pickens for being a genocidal murderer of Native people.

Jughead hears this story from Toni Topaz’s grandfather, Thomas, who explains that the origins of the Serpents are rooted in Native tradition—something that has never been established in this show before this episode, and that Jughead uses this to further his own personal sense victimhood, as well as his vendetta against the Lodges.

You would think that the problem with putting a white kid in the middle of a Native narrative and using said narrative against brown Latinx people would have been caught by the writers’ in the room. That said, the reason I enjoy Riverdale is because it manages to surprise me, and despite all of its flaws, I have become attached to a lot of the characters—even ones I didn’t always enjoy, like Cheryl Blossom.

So when Cheryl shared her experience with Toni Topaz and became an official member of the Friend of Dorothy Squad, I was excited because, throughout the series, Cheryl has grown to be one of the most compelling and nuanced characters. Therefore, I was a little disappointed to see that the next stage in Cheryl’s journey as an out queer woman was going to be a gay conversion therapy storyline.

As Seventeen points out, despite the way we think of conversion therapy being some backward logic of the alt-right, it is still a very common practice: “despite the fact that this form of therapy leads to depression, anxiety, drug use, homelessness, and suicide, it is still legal in 41 states.”

That’s why I’m trepidatious about the show doing this with Cheryl. While it definitely goes with her gothic heroine styling to take this turn as “madwoman in the asylum,” it also places Riverdale in the position of having to do this right, and outside of Veronica and Toni, the show has sort of slacked off when it comes to giving their marginalized characters good stories.

In the most recent episode, Sister Woodhouse says to the imprisoned Cheryl, “She’s going to rid you of all those naughty demons. The ones making you think such awful, unnatural thoughts. Today, you must rest. Tomorrow, the real work, the conversion begins.”

When you read narratives from people who have escaped gay conversion therapy, you can see that the trauma even stays with them once they have come into healthier places in their life, not to mention the intensity of the therapy itself. In Deb Cuny’s story that she shared on The Cut, she talks about what happened to her when she was going through gay conversion therapy as a sophomore in college:

He grabbed my head and put his hand above my eyebrows, staring into my eyes. He was about two inches away from my face screaming for the demon to get out. This went on for hours but that demon wouldn’t budge. The pastor got even more forceful and at this point two assistants were trying to hold me down, yelling and praying in tongues. This went on for six long hours.

My other problem with this story is that it frames gay conversion as something only an evil parent would do. Of all the mothers on the show, Penelope Blossom is by far the worst, and her actions, which are despicable, are part of her over-the-top character whose hatred for her daughter has been known from the beginning. There are parents who love their children, who send their kids to gay conversion therapy because their homophobia is so ingrained in their minds that they really believe they’re doing something good. Passing it off as exclusively the action of an outright evil parent allows it to be disassociated from many of the very real parents who do this, letting them off the hook.

Plus, the conclusion to this storyline is clear: Cheryl will escape with the help of Toni, Betty, Veronica, and maybe Josie. What then? Will Cheryl end up with her mother still, because she’s a minor? Will she be living with Toni? Will her trauma be a major part of her storylines going forward, or will it be something she just swallows down deep inside, as she does with all the other horrific things she has dealt with? If it’s the latter, while it will be in character, it will be deeply narratively disappointing.

If we aren’t going to actually spend time with the trauma that conversion therapy creates, then it’s problematic to even go that route, because that isn’t a one-shot episode topic.

What do you think? Do you think this was a good development for Cheryl or just a problematic drama/viewership grab?

(via Seventeen, image: The CW)