When someone shows you they're a Nazi, believe them the first time. 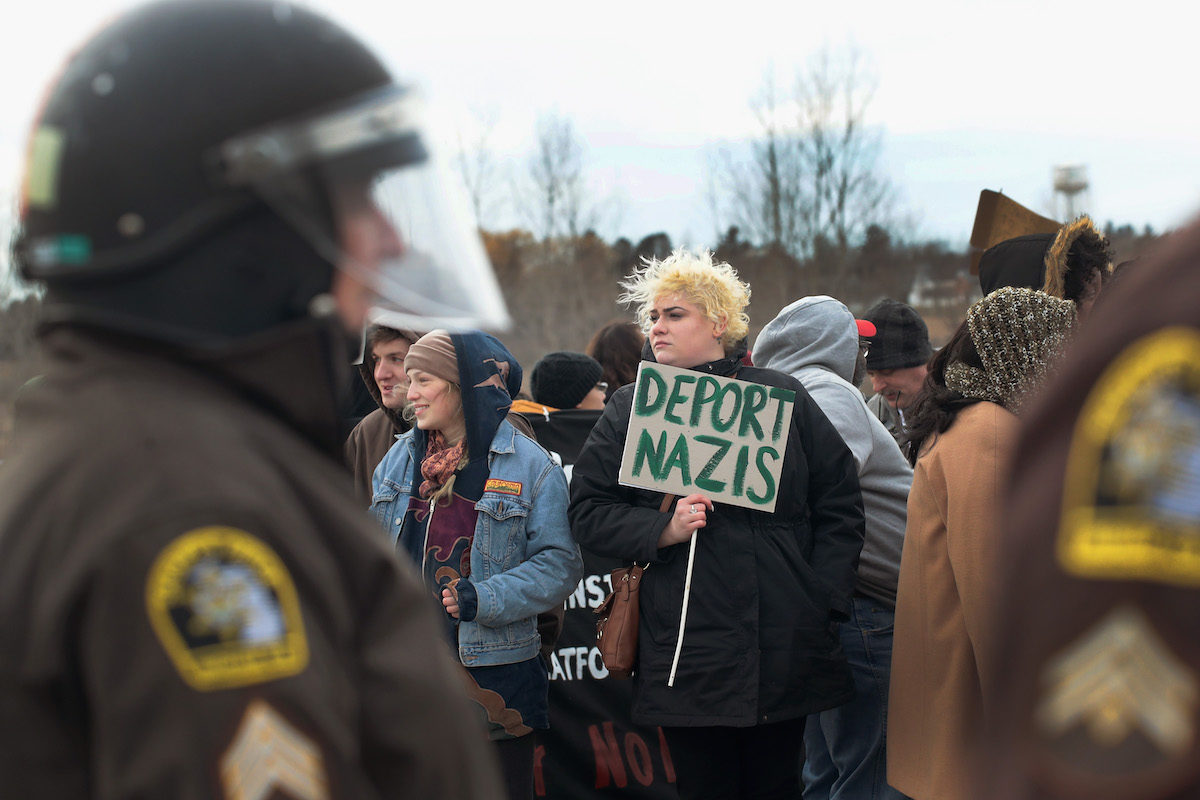 Richard Spencer has always been a Nazi. He worked hard to trick people and mainstream media outlets into thinking his brand of white nationalism could be palatable to regular people and even have a legitimate place in the modern political discourse. He wears fancy suits and speaks eloquently and he doesn’t keep his beliefs to 8chan or basement klan meetings, instead opting to create the sort of public presence that Twitter refuses to ban and that major outlets write near-fawning profiles of. He’s also responsible for coining the term “alt-right” in an ultimately successful attempt to mollify the image of actual Nazis.

But it was always a scam. That should have been clear to anyone paying attention, but instead, we’ve seen him continue to book cable news appearances (he was just on CNN less than four months ago) and ignite debates over how just how much of a Nazi does a person have to be to justify punching them without it somehow signifying a loss of political civility. Richard Spencer wanted to legitimize a violent movement by giving it a polite, clean-cut face and it’s absolutely shameful how well his grift worked on a national scale.

Is it really ok to punch nazis? pic.twitter.com/8w4YYmA81h

Milo Yiannopoulos, another obnoxious face of the “alt-right” movement, posted a video to YouTube Sunday night that contains audio of a person Milo claims is Spencer, screaming a racist diatribe about enslaving and dominating groups of people.

CNN had Richard Spencer on the air less than 4 months ago.

This audio leaked by Milo on his YT channel, includes Spencer saying “Little fucking k*kes, they get ruled by people like me. Little fucking octaroons… My ancestors enslaved those pieces of fucking shit.” pic.twitter.com/KeBTrseXZA

The audio, which includes use of slurs like “kikes” and “octaroons,” was allegedly taken shortly after the “Unite the Right” rally in Charlottesville where counter-protester Heather Heyer was murdered.

“We are coming back here like a hundred fucking times,” Spencer can be heard saying, and the “here” he’s referring to is presumably Charlottesville. “I am so mad. I am so mad at these fucking people.”

“They don’t do this to fucking me,” he screamed. “We’re going to ritualistically humiliate them. I am coming back here every fucking weekend if I have to. Like this is never over! I win! They fucking lose!”

This is horrific but again, it doesn’t tell us anything we didn’t already know about Spencer, assuming you weren’t blinded by his “upstanding young man” charade.

Lol at white folks just now realizing that Richard Spencer is like an actual shit-eating Nazi, not just a low-key Nazi who shops at J. Crew.

You all get an F for not listening to BIPOC who were fucking telling you who the fuck he was in 2017.

So Milo released a tape of Richard Spencer being a racist anti-Semite and this is somehow surprising? The guy is a Nazi. Antisemitism and racism is kind of their thing.

Richard Spencer didn’t say anything in that leaked rant that he didn’t say before, he just said it louder. Sorry you were too busy giving him a platform because he’s clean-cut and well-dressed to notice.