Is This What Rey and Kylo Ren Are Wearing in The Last Jedi? 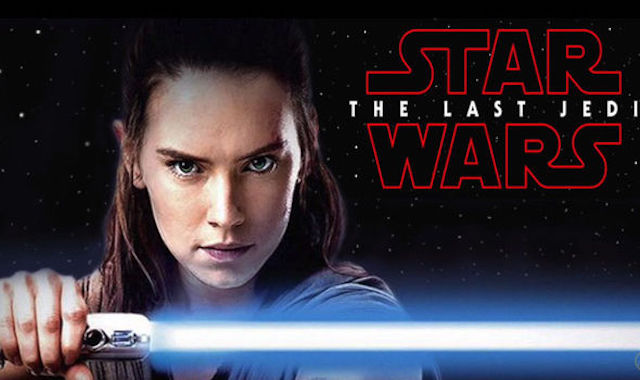 In a promotion for Star Wars Battlefront 2, GameStop Ireland revealed what appears to be Rey and Kylo Ren’s new costumes for The Last Jedi. Let’s plan our next cosplay, shall we?

As IGN points out, the images are described as “movie production stills,” so chances are good that these are authentic and straight out of the film—not simply mockups for the characters in-game. 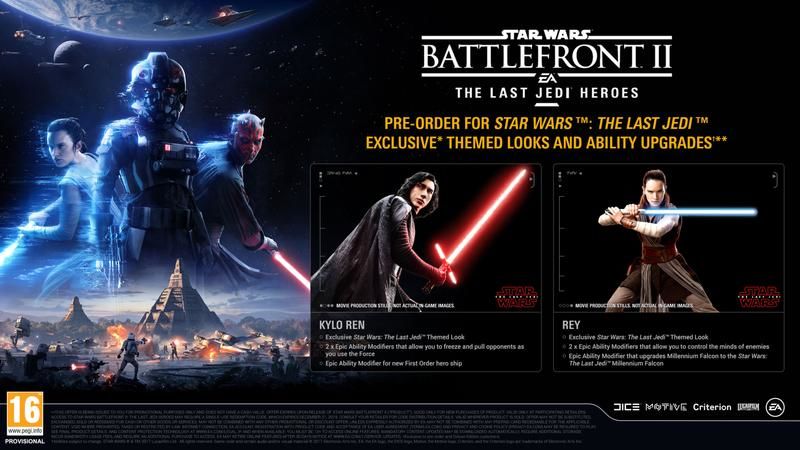 Rey appears to be clothed in a style that immediately evokes the Jedi (does this mean she’s completed her training with Luke by this time, or is this apprentice-wear?). I also love her long hair, which projects a kind of confidence, like, yeah, I can fight like this, because you’re never going to get close enough to touch a flowing hair on my head.

IGN thinks Rey’s duds are reminiscent of Qui-Gon Jinn, while io9 observes that she’s rocking Obi-Wan’s color scheme. Could this be a tribute to her parentage (or at least her ancestral Kenobi line)? Please make Rey a Kenobi just for me. I need it.

Meanwhile, Hot Topic frequenter and dark side of the Force-user Kylo Ren has added a cape to his ensemble, which overall seems schmancier. Interestingly, the cape does not have a hood this time around, which means Kylo’s no Palpatine Sith Lord poseur—and since he’s pictured without a replacement for the destroyed Ren mask from TFA, this could indicate that Kylo Ren has no interest in concealing his identity any longer. That would mean our fave General Leia Organa might have to deal with the widespread knowledge that her only(?) child is a pissant traitor who killed our other fave Han Solo. LEIA ORGANA DESERVES BETTER.

Anyway, I know I’m wildly speculating based on some movie stills here, but this is still the closest look we’ve gotten at Rey and Kylo’s evolved looks. Both of them are styled more maturely and are ready to kick each others’ asses, which I am here for.

It’s worth noting that the Battlefront II specs list Kylo’s special skills as “allow[ing] you to freeze and pull opponents as you use the Force,” and Rey’s as “allow[s] you to control the minds of enemies.” While we’ve seen both of them demonstrate these abilities before, perhaps this suggests they’ll be even more on the forefront in The Last Jedi.

As with much about Rey and Kylo Ren, their powers seem to be in perfect contrast—Rey can better control minds, but Kylo might have more physical control over wielding the Force. I cannot wait to see them face off.

What do you think of the new threads?