"I caused a distraction. I flooded downstairs with Pokemon." - The Doctor 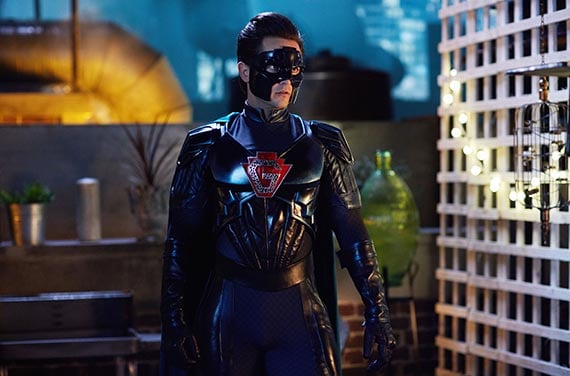 It’s that time of year again! Time for the annual Doctor Who Christmas special. Except this year, it had less to do with Christmas than it had to do with superheroes. Specifically, American superheroes. **If you’re like River Song and don’t like SPOILERS, now’s the time to back away…** 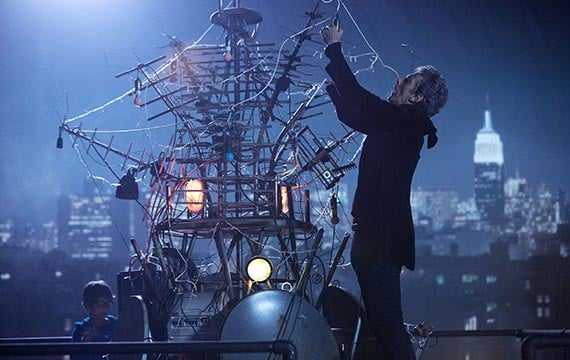 It all starts when the Doctor, in testing a trap, happens upon a young boy in New York named Grant, who thinks the Doctor is Santa Claus (you’re not the first to make that mistake, Kid). Grant has a cold, and so when a Doctor gives him a glass of water from his pocket and a shiny round thing, who wouldn’t think it was medicine? Turns out, it was actually a gemstone from a far-off star — one of only four left in the Universe — that the Doctor was going to use to power his trap…until Grant swallowed it. Now, this comic book-loving kid has superpowers, and since the Doctor won’t give him a name, he calls him Doctor Mysterio.

Cut to 24 years later. Grant is an adult and a nanny. And also, a superhero called The Ghost. Though the Doctor advised young Grant to not use his powers, the kid couldn’t help himself. It’s probably a good thing, considering that an alien race that looks like brains is on Earth working through a company called Harmony Shoal to find suitable human hosts to implant themselves into to prepare Earth for colonization.

Investigating the goings-on is a journalist named Lucy Fletcher, who is suspicious of Harmony Shoal’s purpose. After a press conference at the company, she disguises herself as a cleaning woman and happens upon two “executives” at Harmony Shoal in a vault filled with brains. Luckily, the Doctor is also snooping (with snacks!), as is Nardole (newly put-together after last year’s Hydroflax incident), and the three decide to further investigate. However, after almost being killed by the man formerly known as Dr. Simm, they are saved by a superhero called The Ghost, who the Doctor thinks looks really familiar… 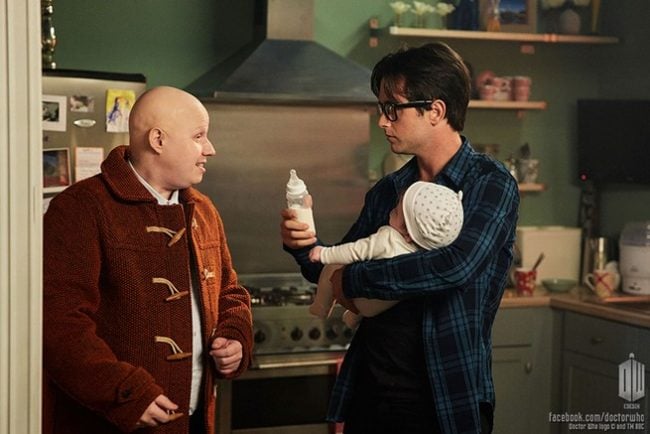 Turns out that Grant is The Ghost, and that he’s also the nanny to Lucy Fletcher’s baby (he calls her Ms. Lombard, her married name, before her husband ran out on her). Apparently, he’s had a crush on her since he was a kid, and when he reconnected with her, he saw that she was married with a kid. When her husband left, Grant became her nanny, which basically means that he has a job where he watches Lucy’s kid so that she has time to date other men. The Doctor thanks the Universe for creating someone worse at dating than he is. Meanwhile, even though Lucy is a is a brilliant investigative journalist who sees through the Doctor using her keen detective skills, she doesn’t seem to know that her nanny is the same person as the hero flying around town.

They all end up working to stop an alien invasion, but that’s not the important part. The important part is that the Doctor finds the conventions of superheroes to be stupid and wants Grant to ditch the “secret identity” and be honest with Lucy. Eventually, in order to save the day, he has to reveal himself to Lucy, but not before she, when talking to “The Ghost,” reveals that she thinks Grant is amazing. He’s the real superhero in her eyes for being selfless and caring. 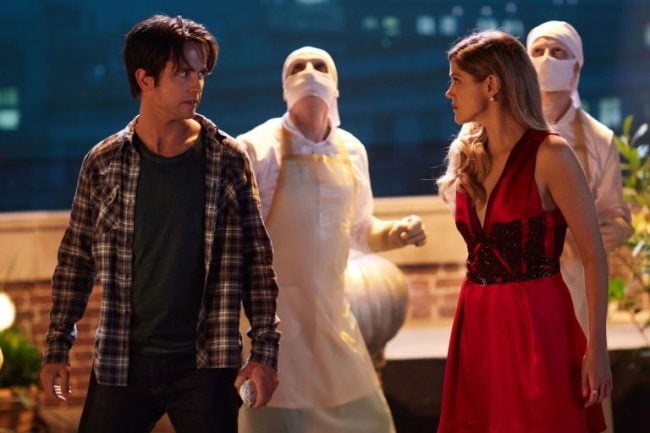 Is it wrong that this is probably my favorite Christmas special to date, and it had the least to do with Christmas? Written by Steven Moffat, I love that the plot was extremely straightforward, and he didn’t do his usual, puzzle-box thing, which was refreshing. I also love that, despite the alien plot, the story was very firmly human. It was a love story, which was particularly important since the Doctor was involved in this adventure immediately after spending River Song’s last (long) night with her. One romance ends, a new one blooms. And so it goes.

Though I’ve gotta say, that waiting around for the girl you like while lying to her about being a superhero (and constantly leaving her baby, I don’t care how fast you are!) and lying in wait as her nanny is highly frowned upon. That didn’t make this episode a huge problem for me, but it did register as a problem. However, the Doctor’s reaction to Grant and the episode’s framing of Grant felt like we were all supposed to understand that his behavior was not the right way to go about things. Still, creepy.

However, what I loved the most about the episode was that it was so clearly a love letter to, and a way to poke fun at American superheroes. From the Doctor being amazed by a Superman comic with Young Grant (and the posters of Marvel heroes on his wall), to the heads of Harmony Shoal being called Schuster and Siegel, to the physical humor involving masks and powers, not to mention the Doctor’s assertion that some situations (like Grant being Lucy’s nanny while also crimefighting and not telling Lucy) are “too stupid to be allowed to go on,” the episode served as a tribute to everything that makes superhero stories so delightfully off-the-wall and fun.

Delightful, too, was the humor in the episode. Last season of Doctor Who wasn’t exactly a laugh riot, but this episode is an amazing palate cleanser, and I found myself heartily laughing out loud more than once! Peter Capaldi has never been this light and breezy, and it was really nice to see! Equally nice was seeing him with a child in his scenes with Young Grant, or holding Lucy’s baby. We must always remember that Doctor Who is a show for the whole family. The Doctor needs to be good with kids, and this Doctor got to show that off a bit.

Doctor Who Christmas specials also generally provide the Doctor with some relief after the events of previous seasons, and this episode was no different. I loved that this episode provided the Doctor both with a temporary companion in Nardole so that he wouldn’t be alone, and a budding love story that would remind him that despite sad endings, new beginnings are always possible.

“The Return of Doctor Mysterio” was a fast-paced, fun and funny romp that just made me wish that the upcoming season of Doctor Who were coming up a lot sooner!

What did you think of this year’s Doctor Who Christmas special? Let’s talk Who in the comments below!