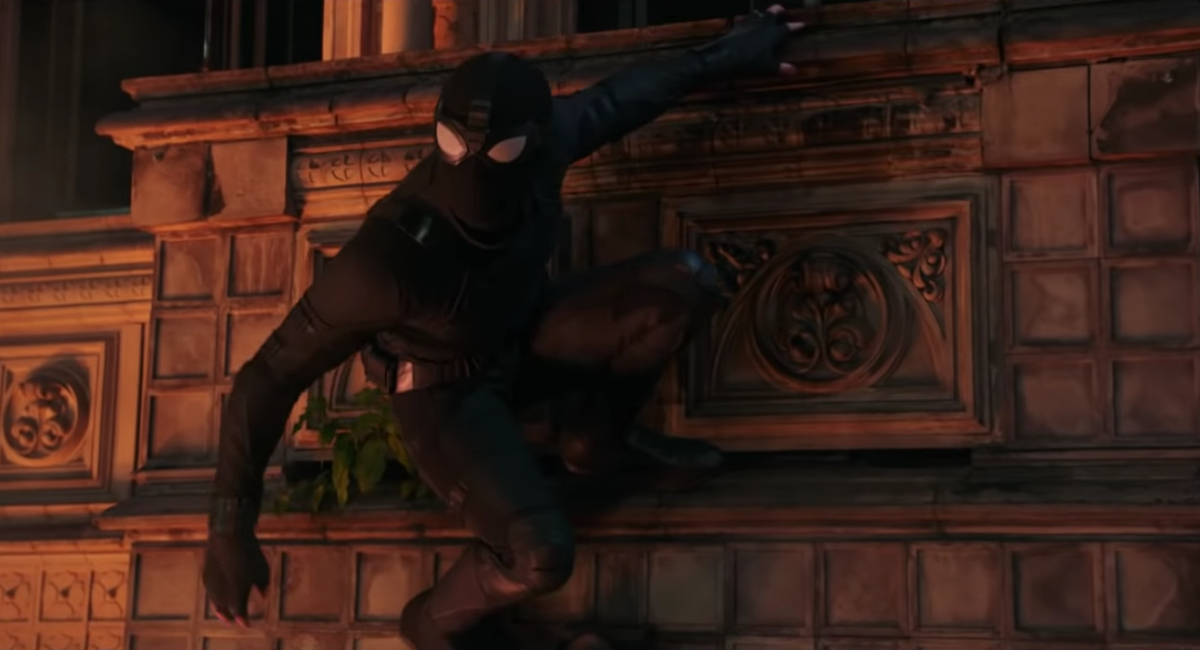 After the universe-shattering stakes of Avengers: Endgame, Marvel goes back to the intimate character-focused solo film model for Spider-Man: Far From Home. Peter Parker (Tom Holland) has been through a lot in Avengers: Infinity War and Avengers: Endgame. He went to space! He fought Thanos! He was dusted and then came back to life! He deserves a break, such as a European vacation with his close friend Ned (Jacob Batalon) and his crush MJ (Zendaya), where he can unwind from being a friendly neighborhood Spider-Man.

But of course, trouble follows him in the form of Nick Fury (Samuel L. Jackson), Maria Hill (Cobie Smulders), and Quentin Beck (Jake Gyllenhaal). If you’ve seen the trailers, you know that Beck, a.k.a. Mysterio, is from another dimension who’s been sent universe hopping thanks to the Snap. They’re thrown up against the Elementals, a group of monsters terrorizing the globe. While Peter just wants to woo MJ and have a normal summer, Fury and Beck keep drawing him into their fight.

Spider-Man stories tend to focus on the many facets of Peter Parker as both himself and as Spider-Man. This film dials it up to eleven, with Peter doing his best to balance his powers with his desire to have a vacation from being Spider-Man, who’s now a celebrity after becoming an Avenger. This all rests on the charming Holland, whose casting was a stroke of genius.

Holland is able to not only deliver a knock-out emotional performance out of the Spidey suit, but deliver one with his face mostly or completely masked. Everyone has said he’s the best live action Peter Parker we’ve seen on-screen, and I’m inclined to agree. Holland nails it in every frame, bringing humor and heart to Peter while still allowing you to feel his pain and grief.

That brings us, of course, to the Tony of it all. Yes, the ghost of Tony Stark (Robert Downey Jr.) hangs heavy over the film, in both character conversations and in graffiti and art that tends to follow Peter wherever he goes. You get a real sense of what it would be like in a world where their first and most famous superhero died saving the universe. Tony’s presence is very much a character in the film as Peter processes his grief, and while I personally would like a little less Tony and a little more Aunt May or Nick Fury, they had to lay it on a little heavy to send Tony off into the great Avengers Tower in the sky.

The standout performer is Gyllenhaal though, which probably does not come as a surprise. I don’t want to give away too much about Mysterio’s mission, but there’s a reason they went after Gyllenhaal for this role and a reason he took it. The MCU Spider-Man movies are now two for two with strong villains, and while nothing will ever quite be the same as the Vulture twist from Homecoming, this is an equally delightful villain.

The rest of the cast is strong, delivering a phenomenal ensemble. Batalon as Ned is wonderful, with excellent comedic timing. The rest of Peter’s classmates are all well-formed enough that a clever fic writer could write an entire re-telling of the film from their point of view. This might be my favorite turn from Jon Favreau as Happy Hogan, Marisa Tomei’s Aunt May remains an icon and hero for us all, and I was left hungry for more stories from Fury and Hill (Smulders has always deserved a little more in the MCU).

My favorite character by a mile though was MJ. Zendaya brings an authentic awkwardness to the role. She’s macabre and endlessly curious, snarky and unpretentious. She gets more to do here than she did in Homecoming, and I hope the size of her role only keeps growing with Spider-films. If Disney+ also wants to give us a spin-off about her, that would also be amazing.

The action set pieces are more elaborate than they were in Homecoming, and while they do feature big CGI creatures, they also never become blurry or hard to follow. Instead, they’re pure popcorn fun, engaging and eye-catching. Just as the emotional beats tend to hit the mark, the action scenes hit their mark too.

This is, of course, the coda to Phase Three of the MCU. We now must look towards the future (namely SDCC or D23, when the new films will be announced), and what it holds for Peter and the other heroes who’ll be returning. Towards the end of the film, there’s a billboard in the background with 1-2-3 and “we can’t wait to show you what’s next” written on it.

After two post-credits stingers that will leave audiences screaming and theorizing, we can’t wait for Marvel to show us what’s next too.