Review: Scary Stories to Tell in the Dark Is a Fun Summer Horror Flick for All Audiences 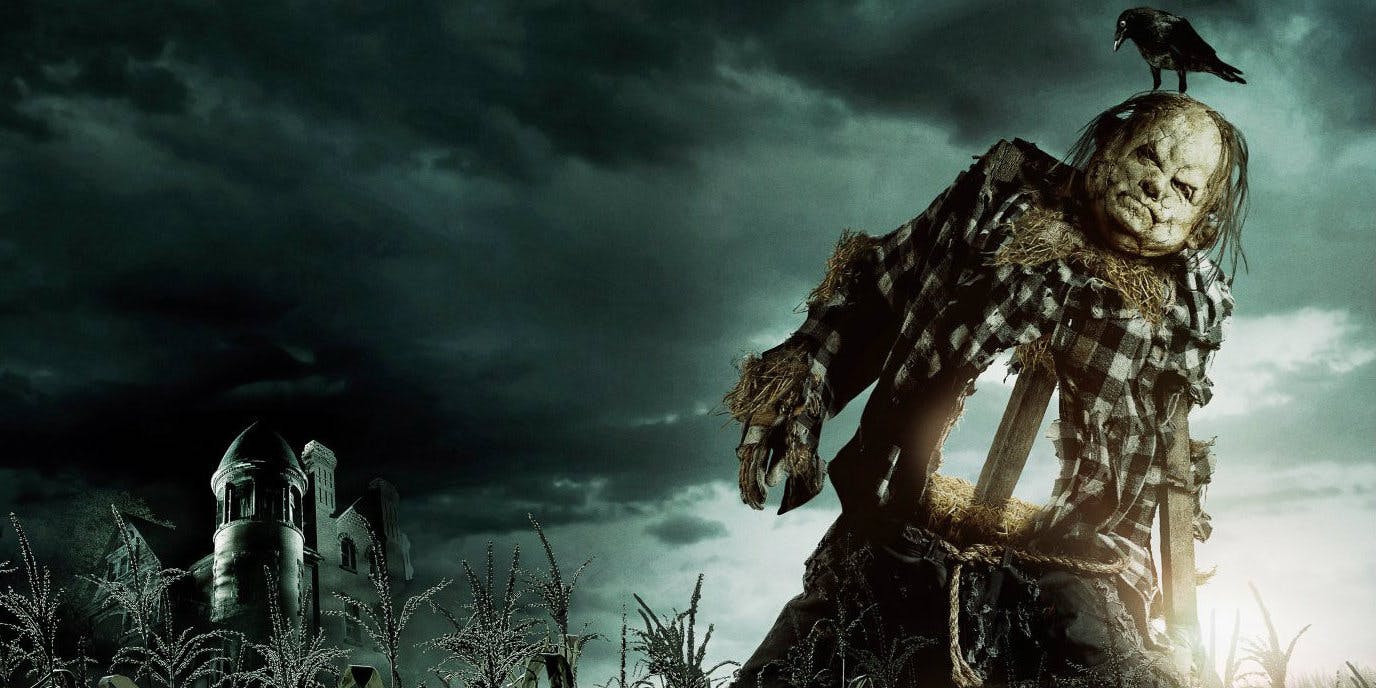 A pale lady at the end of a hallway. A corpse seeking their big toe. A scarecrow in a moonlit cornfield. These stories will be familiar to those who grew up reading Alvin Schwartz’s Scary Stories to Tell in the Dark. Now, a new generation will be terrified by these stories onscreen, with director André Øvredal’s film of the same name. Øvredal teamed up with horror genius Guillermo del Toro to bring these classics to life, and for the most part, he succeeds in making a horror film that can be enjoyed by all audiences.

Oftentimes, horror goes for a hard R rating, which means that tweens and younger teens miss out on the genre. Scary Stories opts for a PG-13 rating, which means it’s a horror film for the whole family. Don’t confuse this with it not being scary, though. The scares in the film work extremely well, proving beyond a shadow of a doubt that PG-13 horror can be just as effective as that with an R rating. The film’s only problems stem from a narrative that needed to be more developed.

The plot is simple enough: A plucky group of teens stumbles into the old Bellows mansion outside the small town of Mill Valley (a Stephen King-esque small town probably located in Maine), where they share the legend of Sarah Bellows, a woman whose scary stories had a habit of coming true and who died under tragic circumstances. When aspiring writer and horror fan Stella (Zoe Colletti) steals Sarah’s book of scary stories, suddenly the teens are facing off against all sorts of things that go bump in the night.

The best part of the film is the recreation of the scary stories themselves. With actors actually playing the monsters rather than just CGI creations, there’s some real horror and menace in their movements. Yes, there are jump scares, but there’s plenty of tension, too. Some of the visuals might actually be too intense for the intended audience; I know I was shrinking away from the screen at several moments, especially during the Harold the scarecrow sequence.

Yet, the narrative could have done with some better development. The story feels a bit cliché, though I suppose if you can figure out the twist if you’re paying attention, then the writer has done their job well. There’s a very sweet throughline about outcasts and storytellers and what makes someone a monster (which is better here than in other similar films), but I wish there had been a little more work done on the non-scary scenes to make them as fun to watch as the more terrifying sequences.

The young cast is earnest, which brings a fun and youthful air to the film. Rather than playing it cynical, the cast plays things straight, which is a welcome relief from the winking at the camera of some horror films. In particular, Michael Garza shines as Ramon, and I hope this is the start of him getting more roles, as he brings a special heart to his performance.

Is this the best horror film of the year? No, but it serves as a decent introduction to the world of horror for younger audiences and provides a horror film that the entire family can enjoy. It’s made for a younger audience but can still be enjoyed by adults. There is room for future adaptations of scarier stories, and I hope that, should more of Schwartz’s work be adapted, they work to make the narrative as strong as the jump scares.

Guillermo del Toromovie reviewScary Stories To Tell In The Dark