REVIEW: Don’t Look Up Is a Satirical Look at Our Own Unfortunate Reality 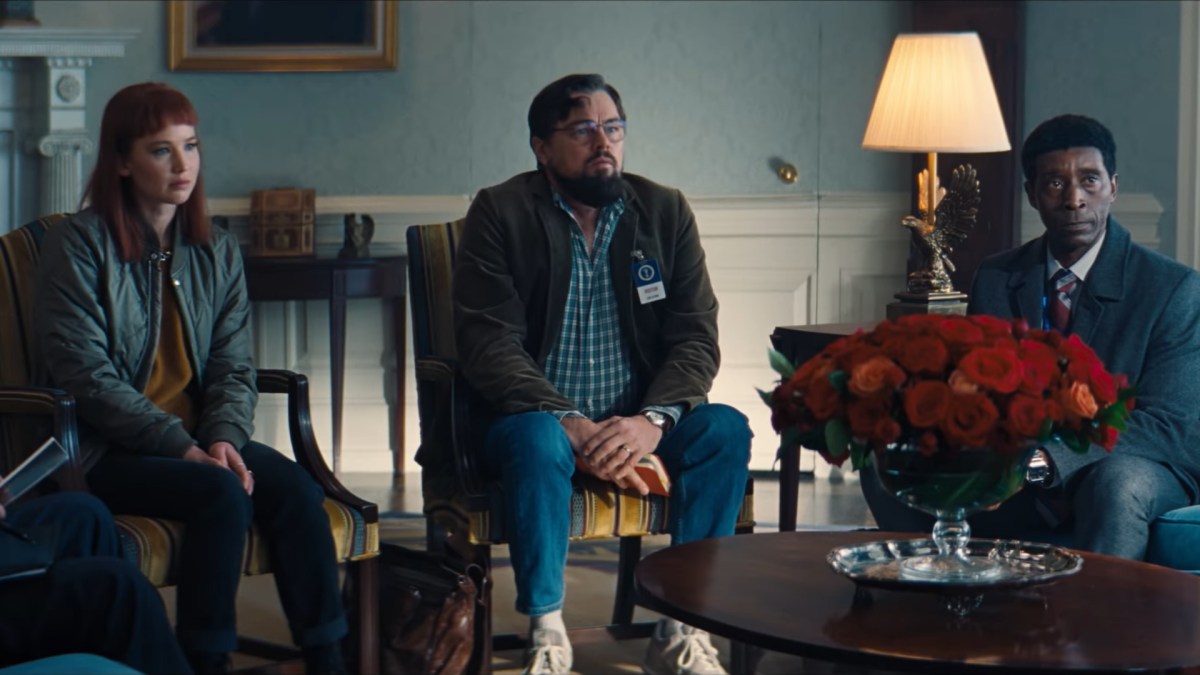 Don’t Look Up is the latest from Adam McKay and a movie that asks us to examine a world pretty much exactly like the one we’re living in and watch as every character in power ignores threats around them. With an asteroid on its way to crash into Earth, two scientists named Randall (Leonardo DiCaprio) and Kate (Jennifer Lawrence) take their findings to the president (Meryl Streep), who ignores them for the benefit of her campaign.

The film would be hilarious if it weren’t so scarily accurate to the world we’re living in. Think about the last two years. All we’ve done is watch as our government continues to ignore whatever warning signs are in front of them whether it be about COVID-19 or climate change, it is eerily as if it is not the government’s “problem” or something they don’t want to deal with right now.

Don’t Look Up challenges that and shows us just how far political figures will go to ignore actual threats in front of them that don’t align with their political game.

McKay has an ability to make us laugh while we’re in the thick of it, and then suddenly, we’re crying thinking about how real his commentary is, and Don’t Look Up is a perfect example of its power. Imagine if we found out an asteroid was coming towards us and, instead of destroying it with the technology they have, those in power decide to try something else because it could mean more money for the rich. Sounds … about right, right?

It’s so eerily perfect after the last two years. McKay was working on Don’t Look Up prior to the pandemic, but it clearly reflects a structural problem in our country that is prominent enough outside of the pandemic to have this reflected in McKay’s work. But using the pandemic as an example, there’s a lot more we could have done to stop the spread and help people with the financial impacts of safety measures to make that possible. Instead, we were basically in a free for all until we finally had regular access to the vaccines in the beginning of 2021.

Because if we truly shut down, it would mean people did not make money. So you know … it isn’t out of the realm of possibility for us to believe that the government would put money over our safety. Don’t Look Up is raw and emotional and scarily accurate to the world we’re seemingly living in, and while I hope it would be a wakeup call to those in power, it is a commentary on how they won’t care, and that’s what makes it so poignant.