Review: Detective Pikachu Gives Us Cute Pokemon, Which Is All We Need

Three out of five Psyducks 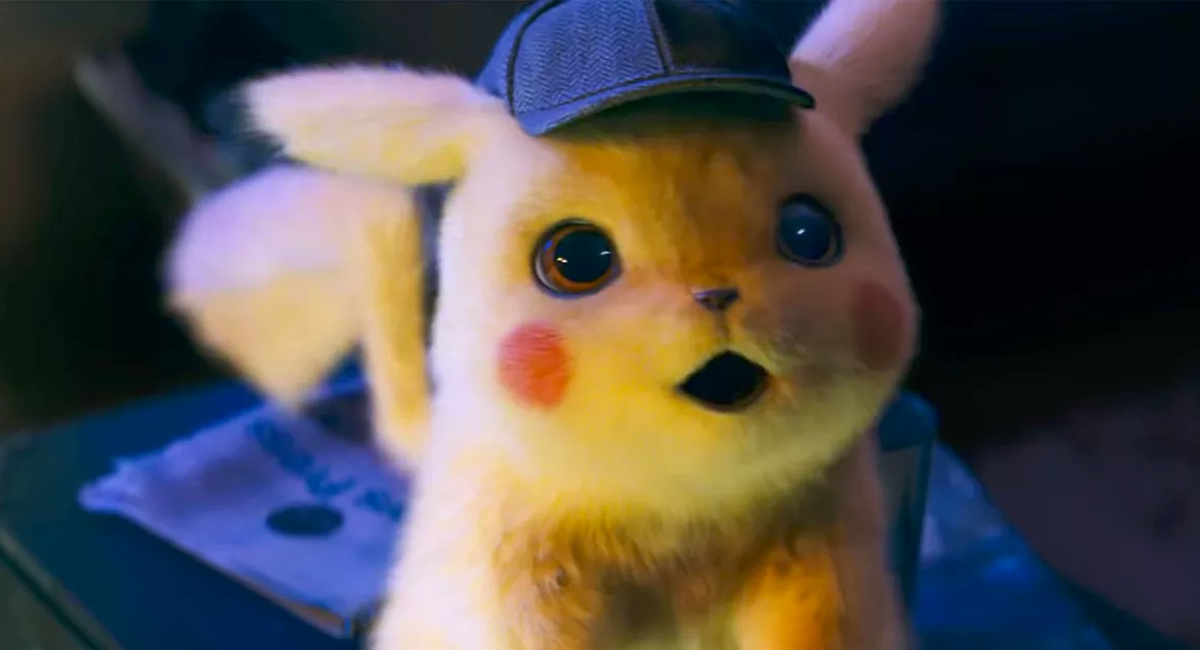 Let’s get this out of the way first: the titular character of Detective Pikachu is adorable. As in, you know they had focus groups in to test how adorable Pikachu was levels of adorable. It’s impossible to not be charmed by Pikachu, with his big eyes and caffeine addiction, because he’s tailor made to be the cutest thing in Ryme City.

It’s just a shame that Detective Pikachu as a film doesn’t live up to the promise of the trailers and Pikachu himself. If you’re looking for something cute and not too emotionally draining to watch, or if you’re a big fan of Pokemon, you’ll probably have some fun. It won’t win any Oscars, but that’s okay. It’s a children’s movie designed to sell toys and video games. It didn’t have to be Chinatown with Pikachu.

The plot starts off simple enough. Tim (Justice Smith) comes to Ryme City after his father’s apparent death and stumbles on a mystery involving aggressive Pokemon and an amnesiac Pikachu (voiced by Ryan Reynolds) wearing a detective cap with his father’s name inside. They have to solve the mystery of Tim’s father’s disappearance as well as what’s affecting the Pokemon, teaming up with a human reporter (Kathryn Newton) and several adorable Pokemon.

Seriously, they made Psyduck cute, and don’t get me started on the Bulbasaur, because those were precious.

There are a lot of twists and turns, many of which make no sense. You can probably guess who the villain is a mile away, and what the villain’s motivations are. There’s a frightening Mewtwo as well, though the film isn’t nearly as emotionally devastating as Pokemon: Mewtwo Strikes Back. The script could’ve maybe lost a few minutes and at least one twist; for adults, the actual plot doesn’t work, though I can’t speak for how well children will react to it either.

(There’s also a weird moment towards the end that sat poorly with me, but I can’t quite put into words how I feel about it without spoilers and also, I feel like critiquing the social message of a Pikachu movie would make me the ultimate killjoy.)

The film, however, is not about the plot. It’s about Pikachu and Tim becoming best friends, and that part of the film works exceedingly well. Reynolds here is just playing a version of Deadpool aimed at children. He gives Pikachu some emotional moments, and he is clearly having a blast as the world’s cutest detective. Him being well suited for the role is not a surprise.

Smith, on the other hand, is somewhat of a surprise, if only because he’s finally getting a cinematic role where he’s allowed to flex his talent. I’ve been a fan of Smith since The Get Down, and I’ve been waiting for him to get a bigger mainstream role. Sure, he has to play the straight man to Reynolds’s adorable antics, but he brings heart and makes Tim far more engaging than he might have been otherwise. I hope this means Smith will go on to bigger and better things beyond the world of Pokemon.

Honestly, Detective Pikachu falls apart the moment you give it a stern look when it comes to plot. But when it comes to this film, I find that somewhat okay. It is a children’s movie, and mostly a vehicle for Reynolds to stretch his comedic chops beyond Deadpool. There is nothing to be gained from ripping it to shreds critically, especially when I had so much fun watching it at times. It might not win Oscars, but it probably won’t win Razzies either.

If you’re looking for something pop culture-y that doesn’t demand you have seen 21 movies to understand it or that won’t stomp on your heart emotionally, Detective Pikachu is a safe bet. It’s weird and not good at parts, but it’s fun and you can turn your brain off for an hour or so. Embrace our Pikachu overlord.