Review: DC Super Hero Girls Is the Perfect Way to Introduce These Heroes to Young Girls

4 out of 5 sundaes at Sweet Justice. 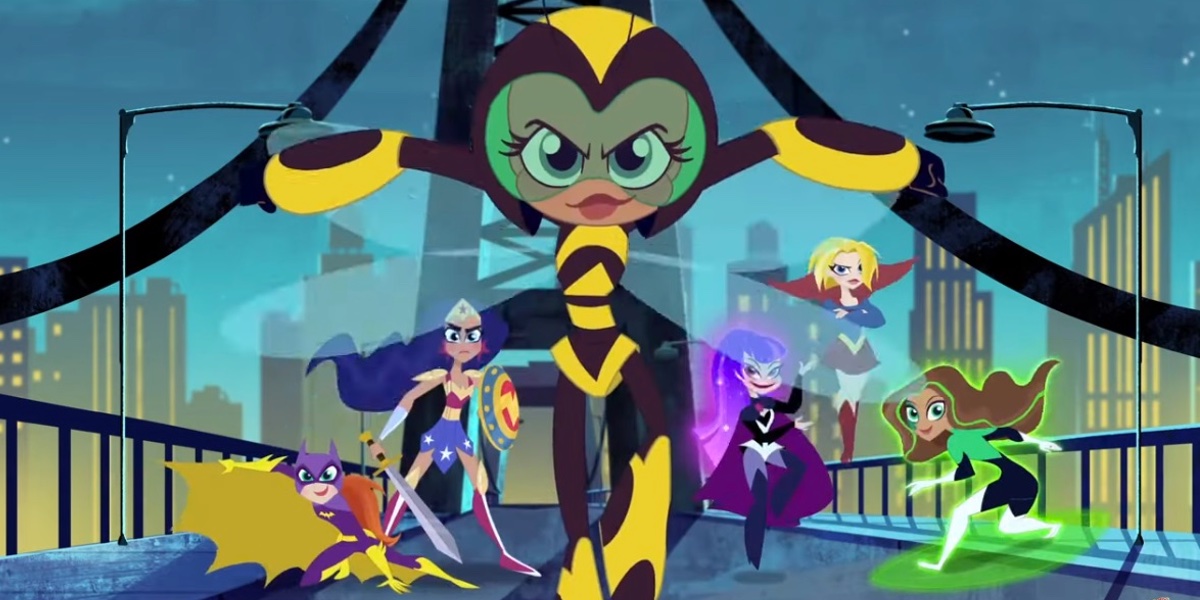 As a fan of superheroes and girls kicking butt together, I absolutely had to check out DC Super Hero Girls, a new animated series aimed at a younger audience, featuring a high school-age Wonder Woman, Supergirl, Batgirl, Jessica Cruz, Bumblebee, and Zatanna. The series is a reimagining of the original DC Super Hero Girls, an animated web series and toy line. Following 10 mini episodes online, the series had its Cartoon Network debut on March 8.

The episode follows Batgirl on her first day at Metropolis High School. There, out of a desire to make friends, she teams up with Supergirl, Zatanna, Jessica, and Bumblebee, as well as equally new (to both the school and the world of men) Diana. Diana helps train the heroines to use their powers, and Batgirl tries to help Diana be a normal teenager. Along the way, there’s a villainous plot they must foil, as well as an appearance from Hippolyta and the Amazons.

The show is definitely aimed at children, but you know what? It’s adorable. The girls all have unique personalities and don’t seem like carbon copies of the same character. The vocal performances are strong and fun, and it has enough Easter Eggs that even the adults watching will be happy (Barry Allen gets a quick cameo, for example).

It’s not going to change the world, but it’s adorable and fun and a perfect way to introduce these heroes to younger girls who might be a little too young to dive into comics or catch up on the other live action appearances of these characters.

I’m a big fan of the recent trend of animated shorts aimed at young audiences that introduce them to the franchises their parents love—not in a “you must like what the older folks like” kind of way, though. These shorts give kids a chance to experience these heroes without trying to get them to pay attention to a lengthy and thematically deep feature length film or massive, convoluted comics continuity.

Star Wars and Marvel have also released similar shorts. Star Wars had a female-centric series of shorts with Forces of Destiny and now has Galaxy of Adventures to introduce kids to the main characters of the series. Marvel recently released Marvel Rising, which features an inclusive group of heroes including Kamala Khan, Squirrel Girl, and Riri Williams, a.k.a. Ironheart. All three series have their own tie-in toy lines.

These shorts are a great way to get much younger kids excited about the series without forcing them to try to engage with a film they might not have the attention span for just yet, but they’re also fun for older fans. Who doesn’t like bite-sized and fun adventures with their favorites?

So far, Super Hero Girls is playing like the cutesy high school AU fanfiction I would have definitely read like no one’s business. Sometimes, we need our favorites to have cutesy adventures together without the world-ending stakes.

DC Super Hero Girls is fun, sweet, and all kinds of adorable. Plus, it continues the very in-character fact that Diana Prince will always go wild for ice cream. I love that this is a recurring character trait. Please, go give the show a chance and support your favorite heroines.