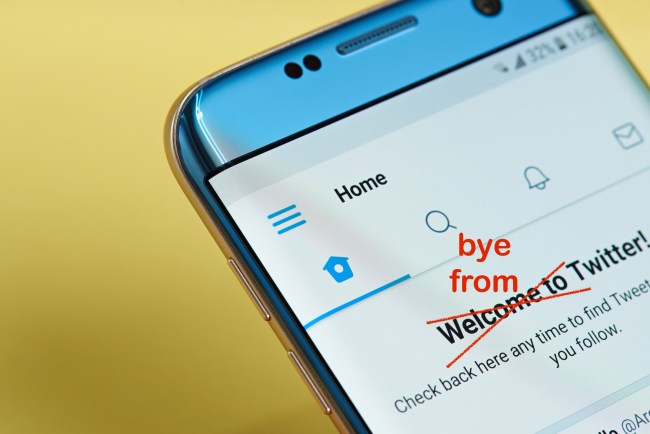 The suspensions happened just before a Unite the Right rally in Washington D.C., and following other rallies across the country (you might know the first Unite the Right rally as the Charlottesville white nationalist rally where torch bearing men chanted “You will not replace us” in front of a statue of Robert E Lee). The Proud Boys, who calls themselves “The Greatest Fraternal Organization In The World”, proudly supports Donald Trump and maintains positions like “I Am A Western Chauvinist And I Refuse To Apologize For Creating The Modern World”, “The West is the Best!”, and “laughing at the politically correct culture”. (The name comes from an Aladdin Broadway song, for some reason.)

McInnes argues that his suspension was “part of the conservative purge” and told Buzzfeed that the Proud Boys will “always come back.”

The suspension is a positive move on Twitter’s part, but it’s incredibly frustrating how inconsistent their handling of harassment, misinformation, and hate speech is. It’s even more frustrating when you hear that the Proud Boys account was previously a blue-checked verified account. While this might seem like a small thing, it promoted the normalization of their white supremacist rhetoric and lent them a small degree of credibility. It’s also difficult to see this as any real victory when we consider that a number of Proud Boys Twitter accounts had avoided suspension.

The news comes at a time when Twitter is receiving increased scrutiny for allowing Alex Jones to stay on its platform despite the fact that most other social media platforms have banned the angry conspiracy theorist. The platform’s stance on harassment and banning accounts has always been incredibly confusing, to say the least, as users puzzle over what does or doesn’t constitute a rule violation: this interview with the mother of a Sandy Hook victim speaks volumes.