Protests in Kenosha and Idaho Are Being Treated Very Differently. I Wonder Why. 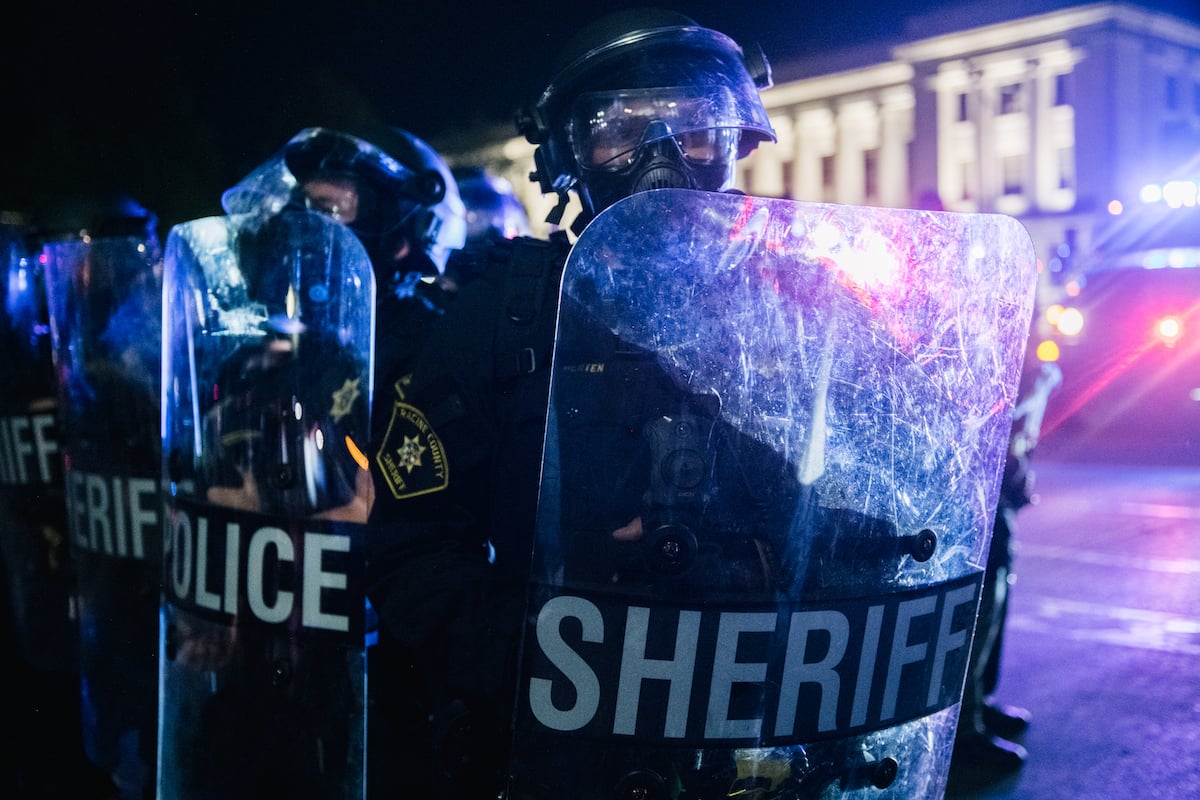 For the last three nights, there have been protests in Kenosha, Wisconsin, in response to the absolutely monstrous police shooting of Jacob Blake. Blake was shot by police at close range as he was getting back into his car after reportedly stopping to break up a fight. He was shot seven times in front of his three young sons who were in the car. Blake miraculously survived the shooting, but his father says he is paralyzed from the waist down, likely for life.

So it’s understandable why a lot of people, especially Black people, in Kenosha have been taking to the streets in protest. Yet, how have local and federal forces responded? With more violence.

Local forces have come at protesters with tear gas and “rubber” bullets. Tuesday night, a white, 17-year-old “aspiring cop” shot three protesters, killing two of them. According to Vice, “Police interacted with the alleged gunman at various locations in Kenosha throughout the night. In one video, Rittenhouse is seen chatting with police who gave him a bottle of water and thanked him for being there.”

Moments after he killed someone, he’s seen on video approaching incoming police vehicles – assault rifle on display, hands above head, in apparent surrender.

Only armed white people get to be classified as militias and vigilantes.

Meanwhile, Donald Trump has ordered federal troops to be sent into the city.

We will NOT stand for looting, arson, violence, and lawlessness on American streets. My team just got off the phone with Governor Evers who agreed to accept federal assistance (Portland should do the same!)…

As usual, the big terror that Trump, cops, and supporters of both are responding to is—brace yourselves—property damage. Trump cited looting, arson, and violence as his reasons for sending in federal troops, although the only violence we’ve seen perpetrated has been directed at the protesters, though there has been looting and arson, which has included a fire at the Kenosha courthouse, as well as fires set to garbage trucks blocking the entrance to the courthouse.

It says a lot about a person and about a society that care so much more about property damage caused in response to a man nearly being killed by police for absolutely no reason than they do about the police shooting yet another Black person, not to mention more than they care about protestors—who are, in fact, also people the police are supposed to protect—being harmed by police and others.

It says even more when those people are silent about actual violence, like that imposed by people like Kyle Rittenhouse, the 17-year-old who came into Kenosha from his affluent suburb to shoot three people. But those people also show their hand with their silence on other matters, because at the same time these protests were happening in Wisconsin, another group was protesting in Idaho, also damaging a government building in the process—and they have been treated very differently.

In Boise, Idaho, a crowd of people broke a glass door as they demanded entry into the Capitol building. The unmasked protesters were there to attend a special session on COVID-19-related issues. According to the Idaho Statesman, the crowd was pushing through a double door entry, of which only one of the doors was open. They were shouting, “Open the door!” as they broke the glass of the still-locked door.

Despite the presence of what appeared to be an unruly, violent (going by the idea that you can commit violence against inanimate objects) mob, there were no arrests made. Idaho State Police spokesperson Lynn Hightower said that “Idaho State Police personnel determined they could not have made arrests on the spot without elevating the potential for violence.”

In cities from Portland to Kenosha, and in between and beyond, police and federal forces have had no problem escalating violence.

“Each incident is a careful balance between the right to free speech and the needs of public safety, with troopers very aware that their own actions may escalate or deescalate a situation with immediate impact on the safety of all involved,” said Hightower.

What about the free speech of Black Lives Matter protesters? Why has that not been weighed against public safety? Why have those two things been seen as intrinsically at odds with one another?

We know the answers to these questions, of course. You can watch a video of the Idaho crowd and see the race of the men pushing their bodies against police officers who don’t offer any resistance, and you can look at pictures and videos of Black Lives Matter protesters being attacked with tear gas and projectiles from far distances when they very clearly don’t pose a threat to anyone except perhaps, in some cases, a building’s facade, and you know the difference.