How To Protect Your Car's OS From Hackers | The Mary Sue 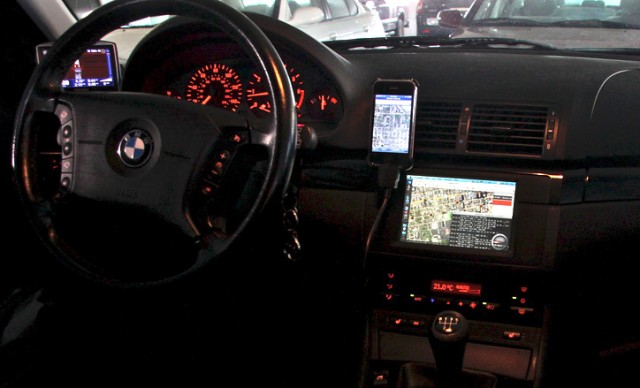 Owning a car can introduce a lot of worry into your life: what if someone breaks into it? What if that funny noise it’s making turns out to be something serious? Well, pretty soon, you’re going to have the pleasure of worrying about installing an anti-virus system on your car’s operating system so as to prevent hackers and malware from interfering with it. The future: With every convenience comes a whole new set of inconveniences!

Remember last year, when two hackers proved they could remotely hack the brake lines on a Jeep? The hackers, Charlie Miller and Chris Valasek, chose to use their powers for good by starting up an awareness campaign about the security holes in vehicle operating systems. Anti-virus software for cars isn’t a new phenomenon, but it’s one that we’ll all have to get used to. Oh, and now I’m also looking forward to teaching older relatives how to use their cars, as opposed to the other way around. You can bet that your less tech-savvy relatives and friends will have as much malware on their dashboard as they do on their PC, and they’re going to call you for help fixing it.

Anyway, a bunch of anti-virus companies focused on cars are about to start popping up. A new one, Karamba Security, offers “prevention” and even “early detection” of potential malware. Karamba Security even calls out Miller and Valasek’s Jeep hacking attempt on their product page, citing that as one of many examples of why you’ll need their service.

Karamba Security is definitely not the only emerging company in this space. This June, Germany will host an entire conference on the topic called Cyber Secure Car, where industry leaders will share ideas on how to keep cars safe. In the future, keeping your car safe will involve regular software updates in addition to regular oil changes. If something goes wrong with your car’s OS, your local mechanic will have to send you to the vehicular equivalent of the Genius Bar, I guess.

Or you could just stay off the grid and keep driving a mid-90s clunker. I mean … that’s what I do. It’s basically the Battlestar Galactica of cars. You’ll all be coming to me when your cars become self-aware and try to kill you or whatever.

(via The Next Web, image via Yutaka Tsutano on Flickr)