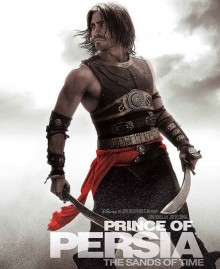 Whereas the first wave of reports on this weekend’s box-office focused on Shrek Forever After‘s coming out ahead of this week’s new releases, Sex and the City 2 and The Prince of Persia: The Sands of Time, the overseas numbers tell a different story: Prince of Persia actually topped the world box offices.

We’re embarrassed to admit that none of us has yet seen the movie, for which ratings have been pretty divisive. Over at Metacritic, there’s a stark gap between critical reviews and reviews by regular viewers: It currently has a rating of 49% among critics, but an 80% rating among a fairly large pool of users.

Have you seen it? What’s your take?