Prince Says the Internet is “Completely Over” 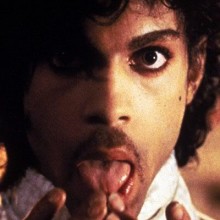 Prince has discovered a super bulletproof 100% guaranteed way to get yourself talked about on the Internet. In an interview with the Daily Mirror, he made the grave declaration that the Internet is “completely over.”

Coincidentally, Prince is distributing his upcoming thirty-third studio album, 20Ten, for free in the Daily Mirror. He doesn’t like Internet file-sharers, such as iTunes, from whom he does not get money (but who would?), and says there will be “no downloads anywhere in the world.” He also has a lot to say about how putting free CDs in newspapers is a “new [way] to distribute my music,” despite the fact that he used the exact same distribution method with his 2007 album Planet Earth, which was enclosed as a free covermount in copies of the Daily Mail’s Sunday edition.

“You must come and listen to the album,” he says. “I hope you like it. It’s great that it will be free to readers of your newspaper. I really believe in finding new ways to distribute my music.” He explains that he decided the album will be released in CD format only in the Mirror. There’ll be no downloads anywhere in the world because of his ongoing battles against internet abuses. Unlike most other rock stars, he has banned YouTube and iTunes from using any of his music and has even closed down his own official website.

He says: “The internet’s completely over. I don’t see why I should give my new music to iTunes or anyone else. They won’t pay me an advance for it and then they get angry when they can’t get it. The internet’s like MTV. At one time MTV was hip and suddenly it became outdated. Anyway, all these computers and digital gadgets are no good. They just fill your head with numbers and that can’t be good for you.”

Prince being Prince, he has a big enough reservoir of goodwill built up that he can say or do most any silly thing in the world and still be — well, Prince. Which doesn’t make this unsilly, mind you: Despite Prince’s strong words about pernicious Internet folk pilfering his new material by not giving him big enough advances, a huge chunk of his far more lucrative back catalog is available for purchase on iTunes: Notice that even his 2007 album, Planet Earth, is for sale, and is in fact the sixth bestseller. 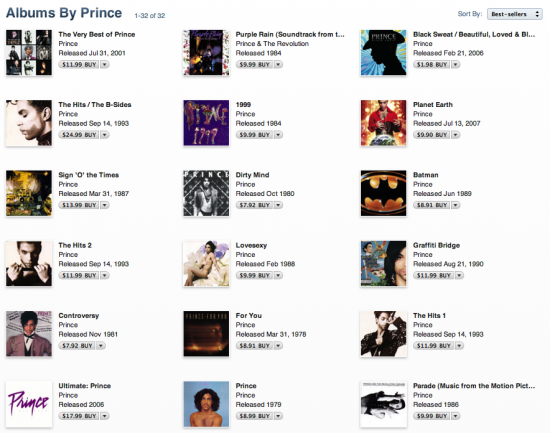 Like it or not — and it’s understandable why so many musicians don’t like it — hoping people will pay for something online that they can illegally get for free elsewhere online is now by default a bedrock part of any artist’s strategy, whether or not they publicly santimoniously naysay the Internet. 20Ten may not hit iTunes in 2010, but if the album’s any good Prince’s handlers will almost certainly put it there soon thereafter. And you can bet that the afternoon those Sunday Mirrors hit the stands, it’ll be all over the torrents already.

(Mirror via Boing Boing via Gawker)