Hiding it is kind of the opposite of pride. 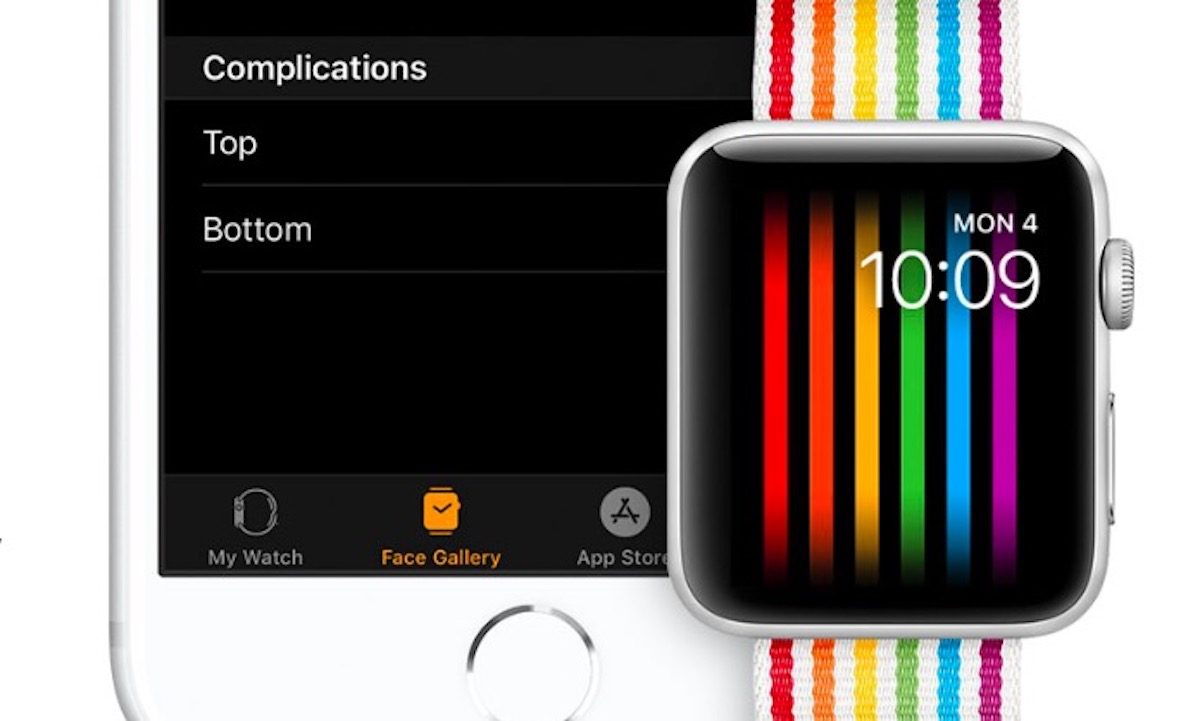 For all of my interest in most of Apple’s product lines, even though I’m far from using the latest and greatest of their tech myself, I haven’t been very interested in the Apple Watch. However, I’ll admit that I do enjoy watching them eagerly give dramatic reveals to new watch faces, even if only because their own excitement seems so endearingly outsized next to what those watch faces actually are—but recent news about their Pride watch face caught my eye for a much more disappointing reason.

The faces generally amount to the same thing as changing your phone background while simultaneously moving some widgets around—even including one that does use your own photos. One of those cosmetic adjustments, fittingly making its debut back in June for Pride month, is the Pride watch face. As you can see in the image above, it includes the rainbow colored imagery you’d expect, and when you touch it or move the watch, those bands of color move in reaction.

Neat, right? And, ultimately, just a fun little way to show your own pride and/or support for the LGBTQIA+ community—that is, unless you’re in Russia, where the rainbow-themed watch face is nowhere to be found.

According to The Verge, users on support forums and reddit began noticing the absence of the Pride face in Russia, which is apparently deliberately coded not to appear if the watch owner’s paired iPhone if its region is set to Russia:

This is likely due to the homophobia that’s codified in law in the country. In 2013, Russia added a new law commonly known as the “gay propaganda law,” which relies on some of the same homophobic ideas you’ve heard here at home: that anything outside of strict heteronormativity is an affront to “traditional family values,” and children are to be protected from it so that they don’t get the wrong idea.

Of course, the idea that children need to be protected from seeing two (or more!) people in love with each other, regardless of their sexuality, is ridiculous, but what’s even worse here is that Apple doesn’t seem to have even stood up for itself—or the LGTBQIA+ community, for that matter. The Verge also points out that Google openly trolled the Russian government with its homepage during the Olympic Games in Russia, and I wish Apple had at least tried something similarly bold here.

The watch face can hardly even be called propaganda anyway. It’s literally just movable, rainbow-colored lines across the screen. It’s just called “Pride.” Sure, Russia likely could have legally compelled them to make the watch face unavailable anyway, but at least there would have been a very visible public conversation about it.

There may very well still be one, the way this story is going around today, but unless there was behind-the-scenes legal pressure we don’t yet know about (Apple has yet to comment), Apple preemptively gave up any ground on being on the right side of it.

(via The Verge, image: Apple)