This Predictive AI Guessed the Oscar Winners and Will Guess the U.S. President Next 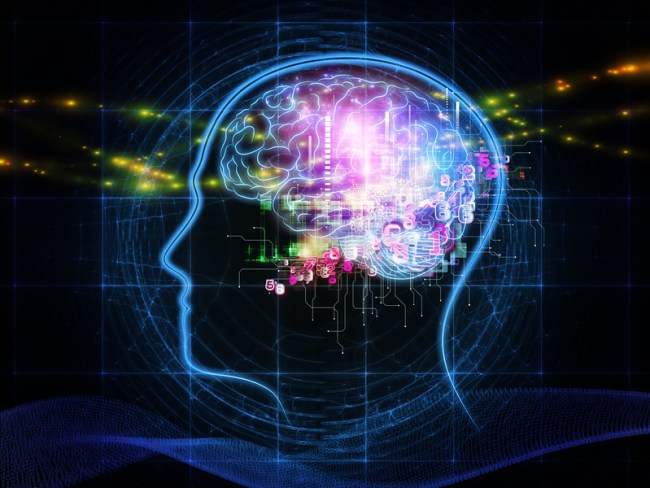 A Silicon Valley startup called Unanimous A.I. has built a methodology for gathering poll results based on public opinion, using predictive artificial intelligence to guess the decisions that people will make. The AI in question is named UNU and has already made successful guesses in the past when it comes to last year’s Academy Award winners and the Kentucky Derby winners. Next up, UNU plans to predict the outcome of the U.S. presidential election.

But how could an AI predict the outcome of an event like a horserace or an election? UNU uses “swarm intelligence,” which means that it analyzes online behavior and compiles all of that information to guess at a probable result. In the case of horse racing, UNU collated a lot of educated guesses from fans and experts and derived a prediction about which horse was likely to win. According to Engadget‘s story about UNU, only 20 people participated in the Kentucky Derby decision, but their knowledge combined still helped UNU to guess correctly.

Sounds pretty useful when it comes to placing bets on horse-racing, huh? UNU’s inventor Louis Rosenberg had the same idea, because he won $10,842 after placing a $20 bet on the Kentucky Derby based on UNU’s prediction. But that’s not the only point of creating predictive technology, although it does seem like a pretty sweet kick-back. Rosenberg explained to Engadget that he also thinks this AI could be used for more complicated problems, like diagnosing diseases:

Instead of relying on a single expert you’d have a group of experts who can collectively come up with answers that are significantly more insightful than individuals working on their own. What we’ll see is the ability to democratize expertise.

It sounds pretty impressive when you put it that way, but I’m not yet convinced that UNU will be able to guess the election. Engadget’s report says that UNU sources its data from Reddit in order to draw conclusions, which sounds … biased, to say the least. If there’s a horse-racing subreddit, then I would buy that UNU could use that to predict the Kentucky Derby. However, predicting the U.S. election seems like a much more complicated prospect that would require multiple sources in addition to Reddit.

I wanted to participate in UNU’s election poll, but it doesn’t appear to exist on Reddit yet. However, UNU’s website does have a little voting game that allows you to create an account and vote on topics. It feels a lot like playing Everybody Votes on the Wii. Not exactly “democratizing expertise,” but it’s kind of fun anyway. 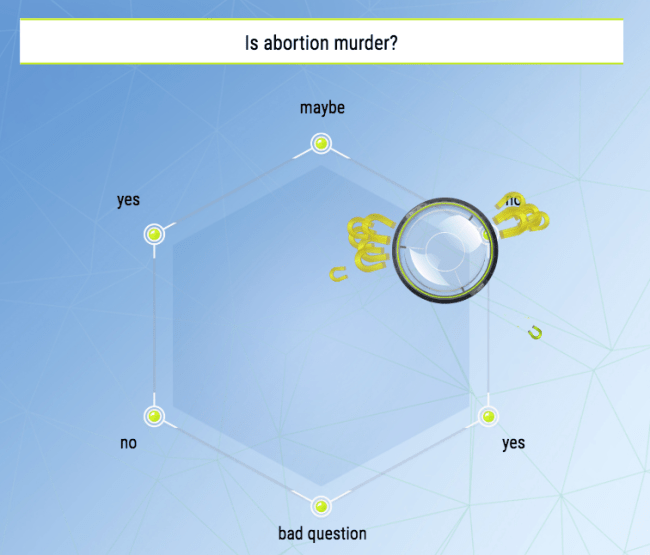 While I was there, questions like “Will Trump win” and “Is abortion murder” got introduced to those participating. As a collective, we voted “no” in response to both of those questions, but not before wavering around a bit first. There’s a chat-box in the sidebar where people can introduce arguments in favor or against the question at hand, but since the voting duration doesn’t last long, there’s very little time to convince anyone. Plus, you have to keep clicking on your little magnet in order to keep it in one place, or so it seemed to me. Based on our votes, it seems like UNU has a liberal bias, but that might be solely based on who’s logged into it right now.

So, basically, UNU can only source data from people who have the internet and are able to surf Reddit and play a game with an AI during the middle of the day on a weekday. That describes a very narrow subset of people. Those people might be able to predict the Academy Awards and the Kentucky Derby … but the election? That’s another matter.