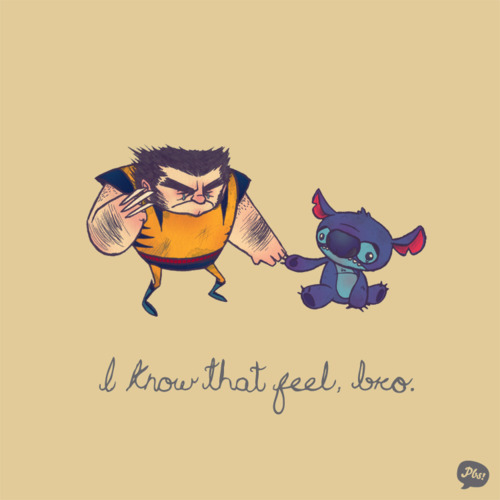 Do you remember our post of pop culture enemies hugging it out? Well, this is sorta like that but a step further. Artist Chris Gerringer created an adorable series giving us his own spin on the meme “I Know That Feel, Bro.” These duos aren’t necessarily enemies, just characters who share a common bond with someone outside their universe. Example #1, Wolverine and Stitch are both genetic experiments. Read on for eight more delightfully rendered illustrations. 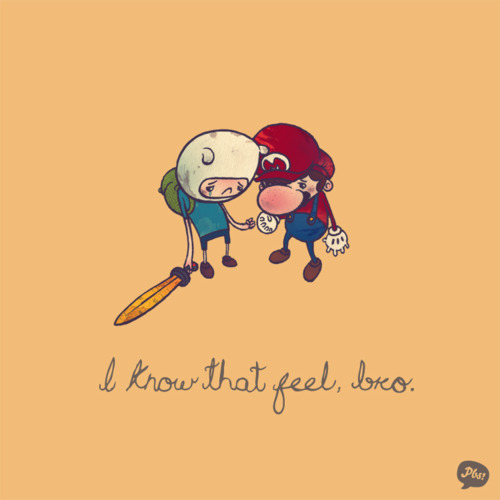 Finn and Mario have princess problems. 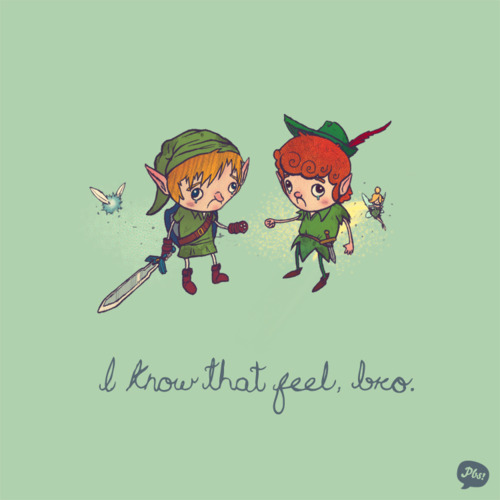 Link and Peter Pan have overbearing fairies in their lives. 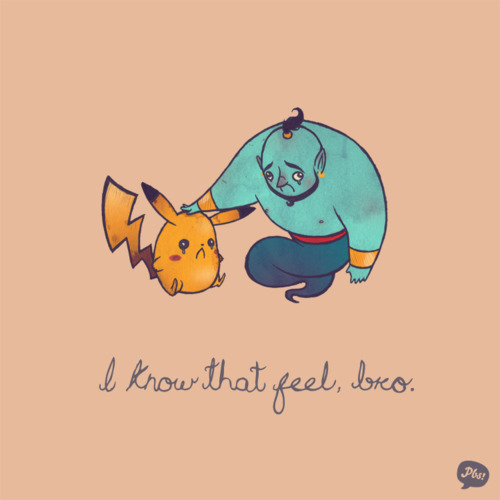 Pikachu and the Genie from Aladdin reside in itty-bitty living spaces. 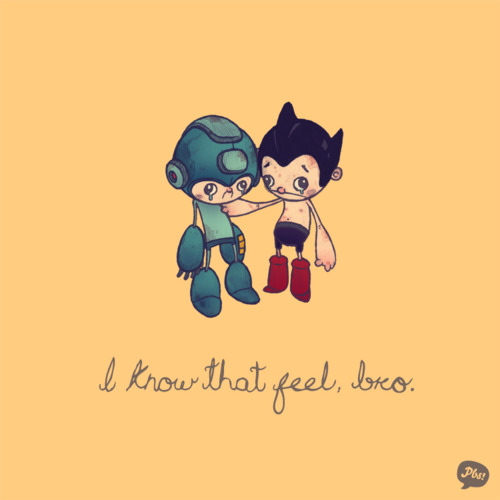 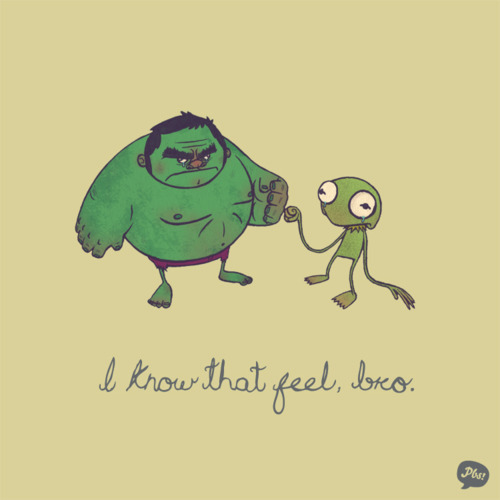 The Hulk and Kermit know it ain’t easy being green. 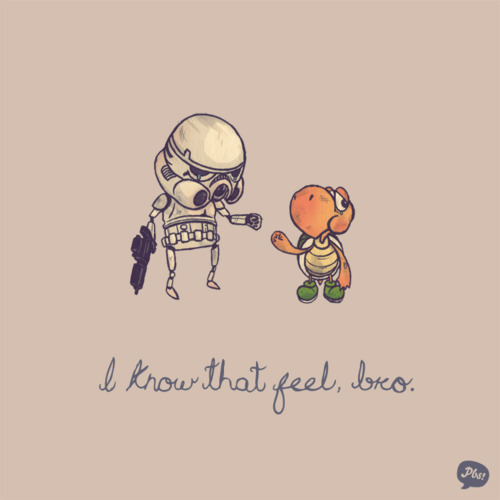 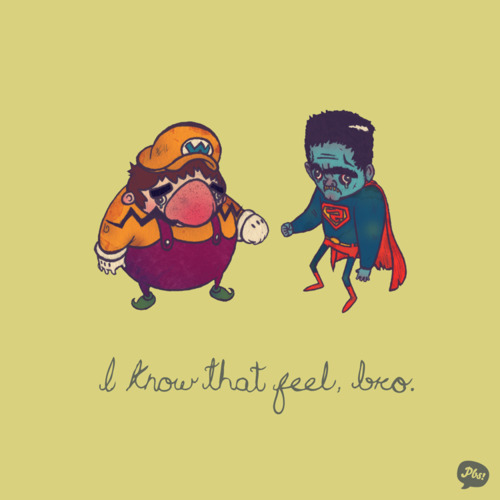 Wario and Bizarro are both exaggerated antiheroes. They also have names that end in O. 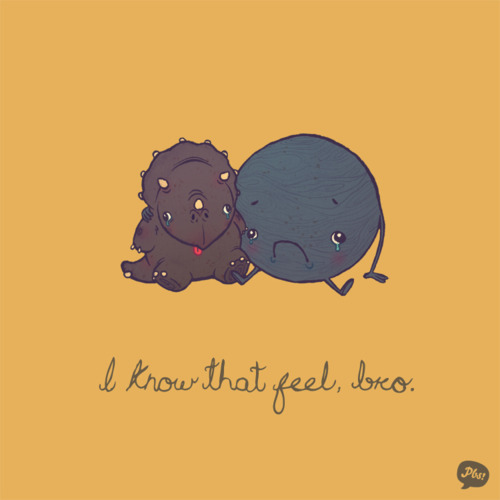 No, Triceratops and Pluto may not be pop culture icons but we will always have a special place in our hearts for scientifically demoted entities.

See them all at Paper Beats Scissors.