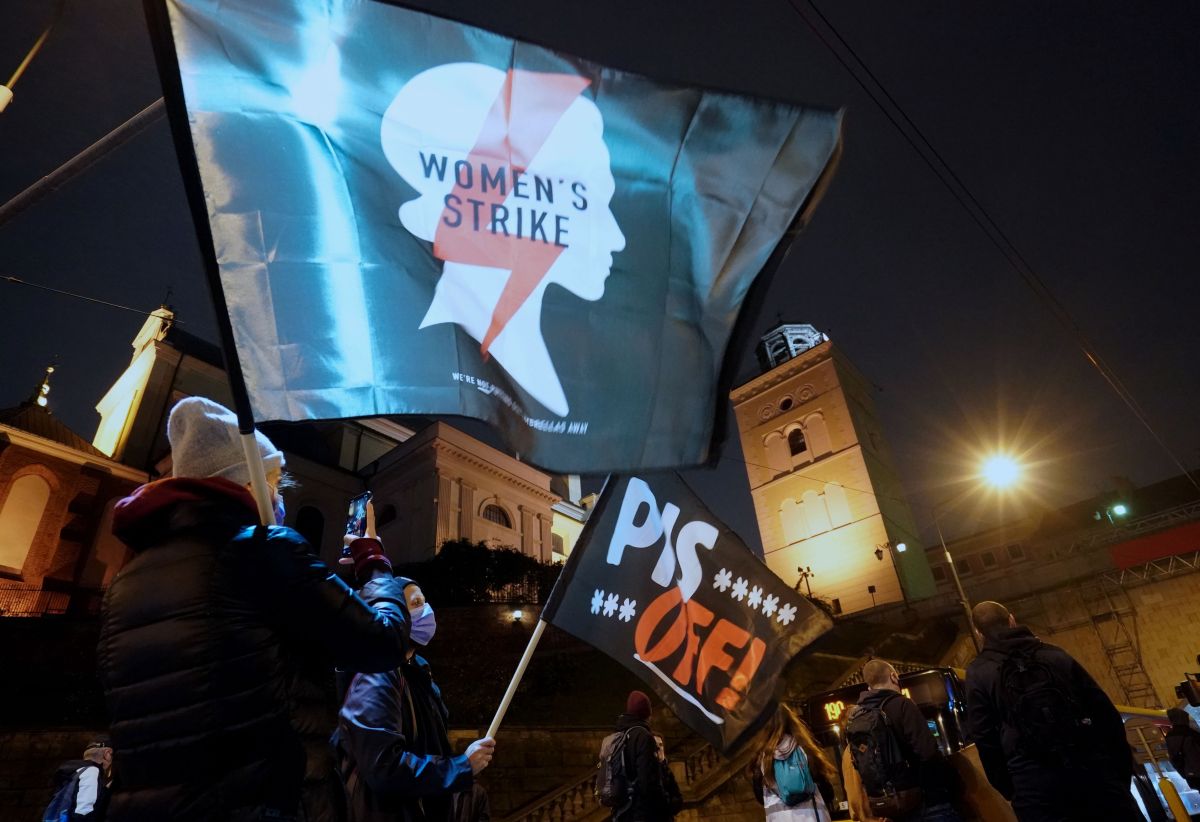 There are, thankfully, other things happening in the world right now that aren’t the US Election, and some of them represent long-fought for victories against oppressive forces. Such is the case in Poland, which has been rocked by protests since October 22 when the highest court in the country ruled to further restrict abortion access in the country. The publication of the ruling has now been delayed.

Poland’s far-right government has restricted abortion access, and on October 22 the country’s constitutional court ruled against allowing for abortion of fetuses with congenital defects, which would have reduced abortion access in Poland to only be accessible in cases of danger to the mother’s life or incidents of rape and incest.

The ruling triggered massive protests in the days since, with women especially striking and taking to the streets and causing major disruptions. Hundreds of thousands of Polish women have stood up to say no, in some cases placing their bodies between far-right forces and other protestors to call for change.

While the ruling was made on October 22, it has not yet been published and thus has no legal effect. On Monday, Prime Minister Mateusz Morawiecki and his office decided to delay the publication of the order. “There is a discussion going on, and it would be good to take some time for dialogue and for finding a new position in this situation that is difficult and stirs high emotions,” said Michal Dworczyk, a member of Morawicki’s office.

This is a win for the women of Poland, and it’s proof that protest and activism can in some small ways halt the erosion of rights. Is the fight over? No. It never is. But one skirmish has been won.

The protests also could indicate a larger shift in Poland. Deputy Prime Minister Jaroslaw Kaczynski leads the conservative “Law and Justice” party, which has seen a huge drop in support as Poland tries to further restrict abortion. And President Andrzej Duda, also a right-wing leader, has been trying to bridge the gap with a new law that would allow abortion for fetuses with life-threatening defects, but not for other conditions like Down Syndrome.

That proposal is still not enough for many, however, who would like to see abortion access expand. Let’s hope that things continue to change so that it does.

(via: CBS News, Photo by JANEK SKARZYNSKI/AFP via Getty Images)