What Happens When a Plane Flies Through a Google Maps Satellite Photo? 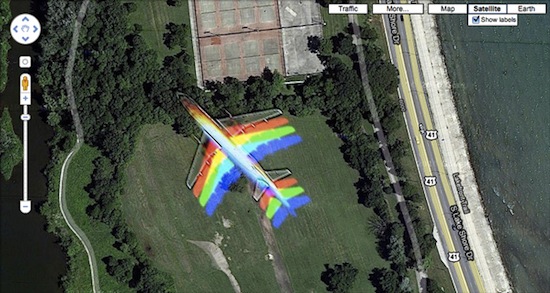 The Atlantic spotted this Google Maps satellite photo taken near Chicago’s Hyde Park. A commenter speculates that the rainbow effect could have been caused by a satellite imaging process that consisted of “several colored exposures [taken] over a few seconds and then combined”; failing that, unicorn magic.

Update: Brendan Tripp informs us that he spotted this Google Maps oddity in October.