How Physics And Your Ponytail Go Together | The Mary Sue

How Physics And Your Ponytail Go Together 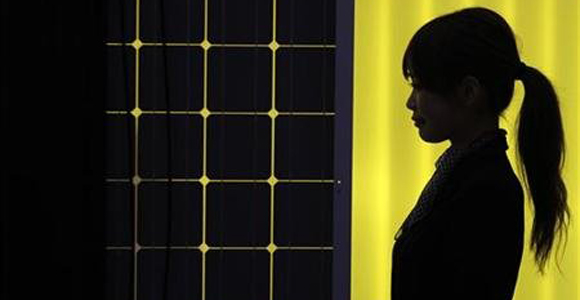 Consider this: Someone has spent the last few years studying the physics of ponytails at University of Cambridge in England. Now we know a few particulars about ponytails. And no, one of them is not that ponytails are great for keeping your hair out of your face and off your neck. Read on to find out what conclusions were drawn from the research.

Raymond E. Goldstein, a professor of complex physical systems at Cambridge. According to the New York Times, “He and two other physicists have been trying to determine whether the shape of a ponytail can be deduced from the properties of a single hair. After all, a head with 100,000 strands is a complex physical system, as anyone with a copious coiffure can attest.” Robin C. Ball, a physicist at the University of Warwick in England, and Patrick B. Warren, a researcher at Unilever, are his colleagues.

They have a theory and it includes elasticity, density and curliness. From this they developed a formula that describes the ponytails shape. They decided to call it, the Rapunzel number. “We couldn’t resist,” said Dr. Goldstein.

Goldstein said they were surprised by the simplicity. “A short ponytail of springy hair, characterized by a low Rapunzel number, fans outward. A long ponytail with a high Rapunzel number hangs down, as the pull of gravity overwhelms the springiness,” explains the NY Times.

It may seem like an odd thing to study but the science of hair has been delved into before. “Five centuries ago, Leonardo da Vinci sketched in his notebooks an observation that the waviness of hair resembled eddies in the flow of rivers,” said the NY Times. “More recently, Joseph B. Keller, a Stanford mathematician, figured out why the ponytails of joggers sway from side to side, instead of up and down with the jogger’s head. He found that the up-and-down motion was unstable, and that the ponytail could not sway forward and backward because the jogger’s head was in the way.”

But what got Goldstein and his crew started? The multinational corporation, Unilever, asked him to. “Dominic Tildesley, a vice president for research and development at Unilever, said he hoped that the work could help the company create better hair products. It could also aid computer animators trying to depict the hair movements of their characters. Dr. Goldstein said the findings could also be applied to bundles of other long filaments, including fiberglass and wool.”

In case you were wondering, Goldstein does not have a ponytail himself to test. “Somehow, a bunch of balding, middle-aged men sitting around a table came up with the idea that the ponytail was the embodiment of all this interesting physics,” he said.