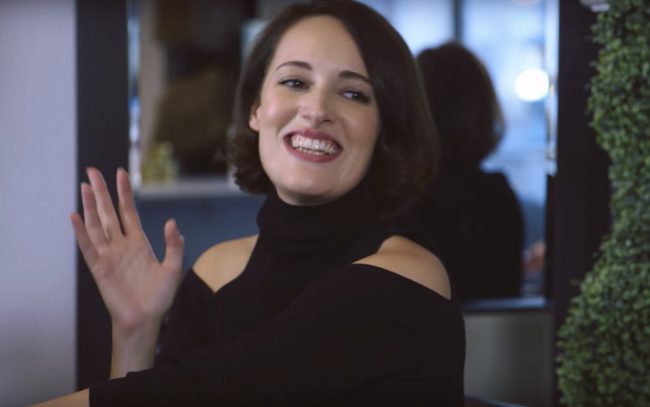 Here’s some fun news for all of you who expected BB-8 to be a female droid and then felt sad when everyone used male pronouns to refer to him: at long last, a lady droid will have a turn in the sun in the upcoming Han Solo feature film. Phoebe Waller-Bridge has been tapped to play a “significantly featured” female droid in the movie, according to Tracking Board.

If that’s the case, she’ll be the first female droid to ever feature prominently in a Star Wars movie. We’ve seen some female droids in smaller roles over the years, but we’ve never seen one in a true sidekick role–at least, not yet! It’s also likely, given how droids tend to operate in the Star Wars universe, that Waller-Bridge will end up playing a comedy relief role here–much like Alan Tudyk got to do with his scene-stealing performance as K-2SO in Rogue One.

I have no idea if  Phoebe Waller-Bridge will end up getting to use her comedic chops or not, in this movie, but she certainly has experience with that. One of her best known roles is starring in Fleabag, which is a short British comedy show that she wrote and starred in about navigating the single life in London. The show has a lot of raunchy humor and plenty of opportunities for Waller-Bridge to show off her deadpan delivery; if you want to hear more about all of that, she elaborates in this video interview at HuffPo.

I can’t imagine what sort of droid would be willing to put up with Han Solo, but I definitely think Waller-Bridge would be able to go toe to toe with the young scoundrel. It’ll also be fun to see a woman getting the turn at the comic relief role, for a change, given that usually Star Wars doesn’t offer female characters an opportunity like that.

It’s also entirely possible she won’t be the comic relief at all in this movie… but here’s hoping, right? I think she’d be great at it!