Peter Jackson Is In Negotiations to Direct The Hobbit 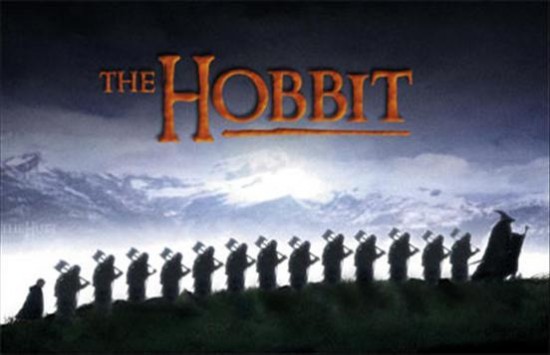 Peter Jackson will very likely direct both parts of The Hobbit himself, according to Deadline New York.  And their corroborating evidence looks solid:

[Jackson], Fran Walsh and Philippa Boyens scheduled a trip to London the week of July 4, followed by a trip to Los Angeles the following week, to meet the most impressive actors who’ve been put on tape by casting directors… But if someone else was directing, wouldn’t that filmmaker be brought aboard before those casting decisions were made?

Deadline also pointed out that while several directors had expressed interest in the project, no announcement was made, perhaps indicating that Jackson was thinking over just doing the movies himself, the first choice for director, Guillermo del Toro, no longer has time to direct the many-times-delayed production.

So, Peter Jackson is going to make The Hobbit.  We’re… actually kind of disappointed.

Yeah, we’re sure that Peter Jackson’s The Hobbit will be a good couple of movies.  But we’ve already seen him do Middle Earth.  We’ve seen him do Middle Earth for more that over ten hours of screen time, and we were looking forward to seeing someone else’s take on it.  Especially someone like Guillermo del Toro, who brings such a unique design aesthetic to everything he works on. He puts eyes where they don’t belong, and that seems perfect for a story that prominently features giant spiders.

We want to see what Neill Blomkamp, the last director rumored to be in the running after del Toro’s departure, would have done with such a famous story to work with, after making District 9 out of his own material.

We want to see what Jackson can do as a filmmaker when he’s not adapting a story.

We want to see someone else do The Hobbit because The Hobbit is a fundamentally different story from The Lord of the Rings.  We want that difference to permeate the production.

Ah, well. Like I said.  They’ll still be a good couple of movies.