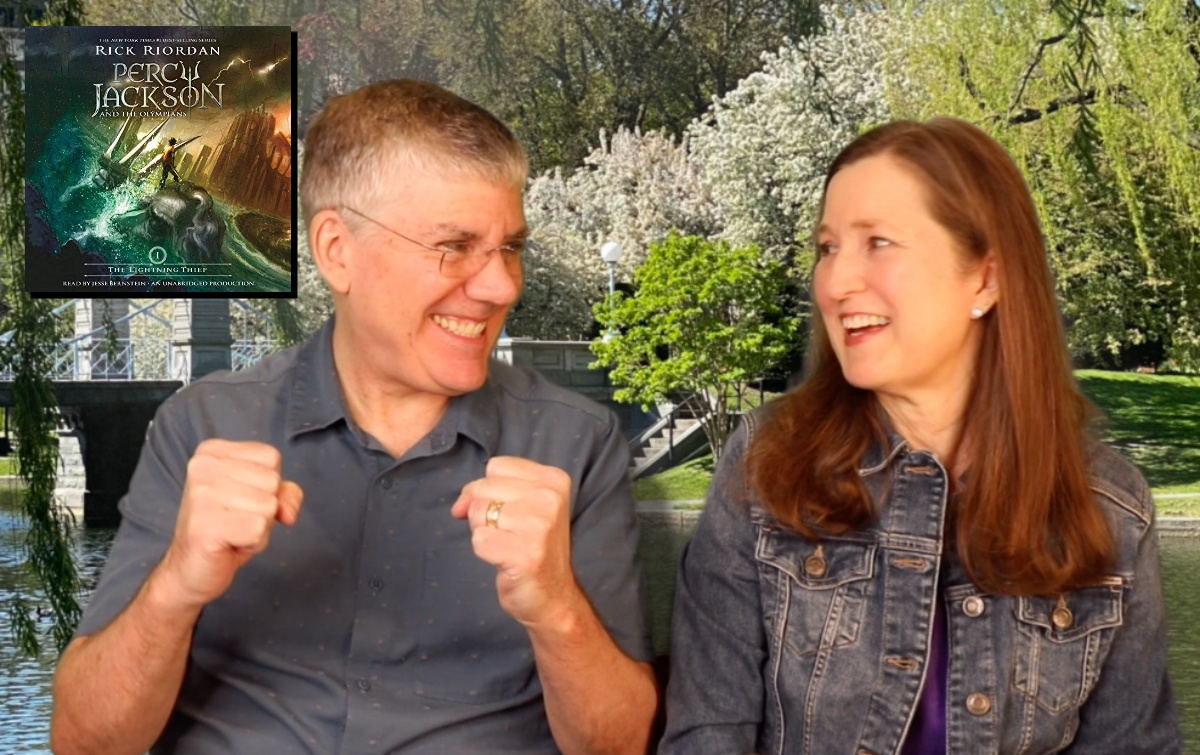 A book-accurate Percy Jackson and the Olympians series is coming to Disney+, with author Rick Riordan a major part of the team! We did it, kids!

The middle-grade book series, about a young boy named Percy who finds out he is the son of the Greek God Poseidon after being attacked by a monster, has already been partially adapted in two movies, but those films strayed from the source material, ultimately to their detriment. The news of a new, more faithful adaptation was shared yesterday on Riordan’s Twitter account and official author site. It was made even sweeter because got to see Uncle Rick being very awkward on camera, like the legend he is.

Hey Percy Jackson fans, for the past decade, you’ve worked hard to champion a faithful on-screen adaptation of Percy Jackson’s world. Some of you have even suggested it would be a great series for Disney+. We couldn’t agree more! We can’t say much more at this stage but we are very excited about the idea of a live-action series of the highest quality, following the storyline of the original Percy Jackson five-book series, starting with The Lightning Thief in season one. Rest assured that Becky & I will be involved in person in every aspect of the show. There will be much more news in the future, but for now, we have a lot of work to do! Buckle up, demigods. It’s going to be a fantastic, exciting ride!

To say I’ve been waiting for this for years would be an understatement. I came into the Percy Jackson series a little bit late, but I fell in love with them so quickly. I had seen that horrible movie first and just thought, If this is what the story is like and the mythology, then this isn’t for me. Boy was I wrong.

The books are so well thought out and mythologically accurate, with all of the mess and complexities of that, while still keeping their middle-grade audience in mind. Riordan has also been great at naturally expanding his series to be more inclusive, and listening to constructive feedback without turning into someone who messily retcons characters to make up for shortcomings. Imagine that.

What I am looking forward to—besides the book-accurate ages, storylines, and mythology—is for this to be an opportunity to get new young talent. This will be a great opportunity for so many young actors to get their feet in the door with a popular franchise, and as we’ve seen from young actors like Daniel Radcliffe, Emma Watson, the Stranger Things kids, or Maisie Williams, that can be a great opportunity to be able to do more things later in life.

I’m super excited about this, and I can’t wait to have it on my screens—which, sadly, means it looks like I’m keeping Disney+. Y’all got me.