Pentagon Looking to Hire Social Networkers for Meme-Tracking, Job Probably Not As Fun As It Sounds 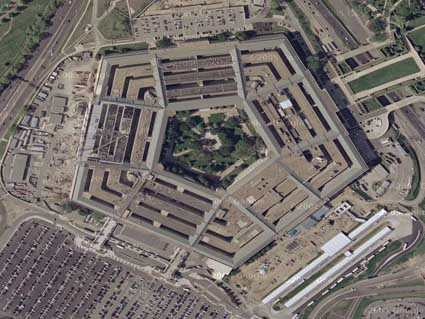 According to a document that has been floating around, it appears that the Pentagon is putting out the call to social networkers, not to run a Twitter account, or collect Lolcats for internal distribution, but to help them use social networking sites like Twitter and Facebook as resources and weapons in the future. Social networking will doubtless change the face of modern warfare and it appears that the Pentagon wants to be on board for a variety of reasons and are chiefly concerned with information monitoring and, presumably, distribution. Makes sense, but smells a little propaganda-y.

While this project amounts to what is basically meme-tracking, it doesn’t sound like the memes would be particularly fun ones. In the solicitation, DARPA lays out the following hypothetical situation:

This proposed situation raises more questions than it answers. Who are “reasonable authorities” and what constitutes “effective messaging?” Is it a Facebook message reading “oh hai duder, dont worry cuz we got tihs under control lol” or FBI agents at your front door? Of course, this is an important medium of information exchange that the government should very well be interested in keeping their eyes on. To boot, they have every right to that information considering it’s totally public. The project aims to contextualize this information by trying to figure out whether it comes from a particularly loud minority, or a lot of people that are worth listening to.

If you’re interested and qualified, proposals are due in the next few weeks or so. Get ready to friend “Your friendly neighborhood Pentagon” on Facebook.