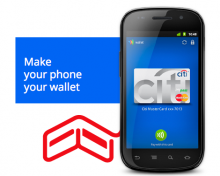 After Google announced Google Wallet yesterday, an NFC-based mobile payment system, PayPal sued Google and two of its executives for allegedly stealing trade secrets. The executives in question, Osama Bedier and Stephanie Tilenius, led the launch of Google Wallet, but were formerly PayPal employees — Bedier having worked there for nine years and as vice president of platform, mobile and new ventures, and Tilenius having worked at eBay, PayPal’s parent company, for eight years, then continuing to work as a consultant to the company for a little under half a year after that.

PayPal is making some serious claims in their suit, accusing Bedier of having “misappropriated PayPal trade secrets by disclosing them within Google and to major retailers,” accusing Tilenius of recruiting Bedier, thus breaking a contractual agreement she had with eBay, and also accusing Bedier of attempting to poach former colleagues who were still working at PayPal. If that weren’t enough, eBay claims PayPal and Google were working together for three years to develop a deal where PayPal would act as a payment option for mobile app purchases made on Android devices, and eBay claims Bedier was the senior PayPal executive in charge of the Android negotiations with Google, and that Bedier also uploaded up-to-date documents outlining PayPal’s mobile payment strategies to a non-PayPal computer days before he left PayPal to work for Google.

PayPal also claims that along with the documents sent to Bedier’s non-PayPal computer, he used his Dropbox account to store files. PayPal claims Bedier has refused to return any of the data taken and has used said information in meetings with clients of Google and PayPal.

PayPal’s motivation for the suit, in PayPal’s own words:

We spend a lot of time and energy creating the things that make PayPal unique and a preferred way to pay for almost 100 million people around the world. We treat PayPal’s “secrets” seriously, and take it personally when someone else doesn’t. So we made a decision today. We filed a lawsuit against Google and two former colleagues who now work there, Osama Bedier and Stephanie Tilenius.

PayPal seems to believe they have nothing to hide, and a fairly solid case, as they made the entire lawsuit viewable to the public.

While it isn’t shady that an employee who specializes in mobile payments would take another job in the mobile payments sector, the timing of his hiring at Google — supposedly during the middle of negotiations with his as-of-then employer — coupled with the act and timing of uploading his sensitive, relevant information to his non-PayPal computers would most likely give PayPal a sturdy case if the allegations were proven true via some hard evidence. If these claims were true, there would be serious backlash against Google; however, the only claims available at this time are solely from PayPal’s side of things, and Google didn’t get to be the technology giant it is today by being stupid and making moves as blatantly shady as the ones PayPal describes.

As of this time, Google has claimed that they have not yet received a copy of the complaint and cannot comment on the claims until it reviews them, so all we have to go on is PayPal’s side of the story. However, a Google spokesman has responded to a TechCrunch inquiry on the matter, stating:

“Silicon Valley was built on the ability of individuals to use their knowledge and expertise to seek better employment opportunities, an idea recognized by both California law and public policy. We respect trade secrets, and will defend ourselves against these claims.”