Would Patrick Stewart Ever Reprise His Role as Captain Jean-Luc Picard?

Asking for a friend. 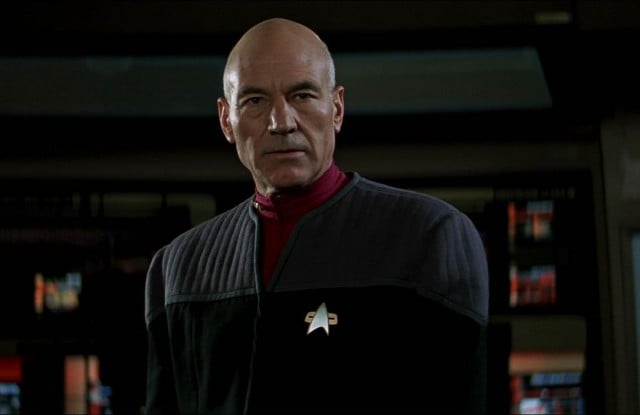 The Star Trek alternate timeline construct that J.J. Abrams has created for his reboot franchise has left the door open for cameos from all over the Trek universe. So, of course, the big question is, could that include Sir Patrick Stewart as Captain Jean-Luc Picard?

Apparently, Stewart himself would be up for it, though he thinks it highly unlikely. In an interview with IGN about his upcoming TV comedy, Blunt Talk (Starz), Stewart addressed the possibilities:

It’s possible. I think it’s unlikely. But it’s possible. The series wrapped over 25 years ago and we’ve got a rather elderly Captain Picard now. So I don’t know. It would be… it could be entertaining.

To borrow from another long-running sci-fi franchise: wibbledy-wobbledy timey-wimey? Perhaps Chris Pine’s Kirk could cross paths with Picard on a trip to the future? Well, I’ve got three words to say to Abrams about that…

No. I won’t say it. I will not sully this item by using cheap TNG references. 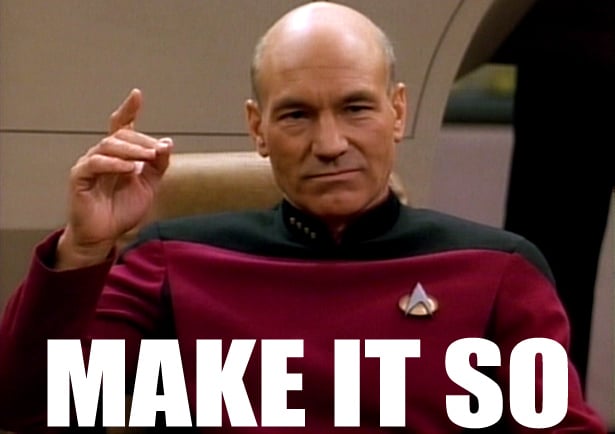