Patrick Stewart Gears Up for the Role of a Lifetime: The “Poop” Emoji in The Emoji Movie 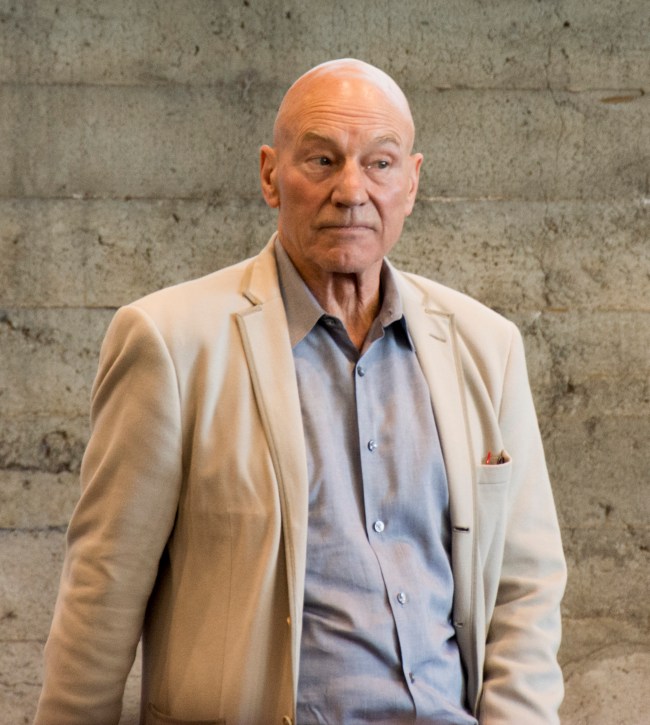 Sooo, remember that Emoji movie? Actual title: The Emoji Movie. Much like the Trolls movie and the Angry Birds movie, The Emoji Movie is one of those inexplicable adaptations that seems to have no potential audience or demographic in mind, but will be coming to cinemas anyway, no matter how baffled we may feel about its existence. And now, it’ll do so with a big star voicing the all-important role of the “Poop” emoji: Sir Patrick Stewart, of course!

At least the creative team behind The Emoji Movie understands that their project is utterly inexplicable. The movie’s director, Tony Leondis, said of the movie (via THR): “I know what you’re thinking — WTF.” Yes, Mr. Leondis. I am thinking that. Please, sir, enlighten me about the actual plot of your “WTF” movie.

“What is their story? Emoji are expected to be one thing their whole lives. So I thought, what if one was born with not one, but lots of expressions … and how would that affect the status quo. Everyone has felt different; it’s everyone’s story.”

Ummm… okay. If you say so. I guess if you had to come up with a story to tell about digital smiley-faces, then, that’s just about the only one you could possibly do.

Sir Patrick Stewart will be joining several other comedic talents in The Emoji Movie, including T.J. Miller as the lead character, Gene, the emoji who can have more than one expression. Ilana Glazer, Maya Rudolph, Jennifer Coolidge, Jake T. Austin, James Corden, Steven Wright and Rob Riggle round out the rest of the cast of emoji characters.

All the other emoji characters have fun names that refer to their default expression, like “Smiler” and “Mary Meh.” Patrick Stewart’s character name is simply “Poop.” I guess there wasn’t any way to dress that one up. But, of course, Mr. Stewart’s incredible voice and Shakespearian training will clearly bring a new life to the character that no one else could.

(via THR, image via Mark Bach/Flickr)