Dumbledore and Umbridge Join the Cast of Paddington, Ant-Man Gets a Mystery Character 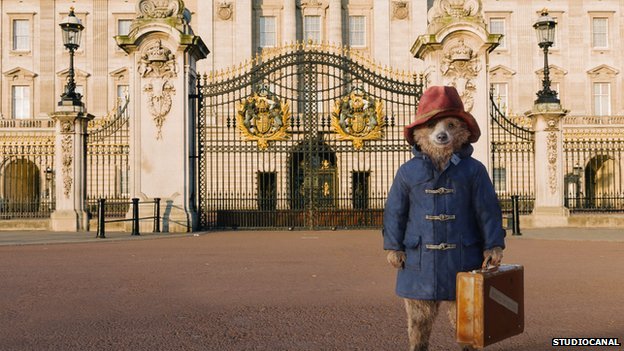 “Y’know, I don’t really care about Ant-Man all that much since Edgar Wright left. And they’re casting an actor as a ‘pivotal’-yet-unnamed character? Why is that remotely interesting? Wait… there’s Paddington news, too? Yeah, OK. I’ll take Ant-Man any day of the week.”

First off, the Marvelous: Martin Donovan, who’s been in a whole bunch of TV shows that I haven’t watched (Weeds,  The Firm, Boss, King & Maxwell—he’s a “that guy”), has been added to the cast of Ant-Man. According to The Hollywood Reporter he’ll be playing a “pivotal” role, whatever that means. Any guesses as to who?

And then to what’s sure to be the greatest movie of the year: Paddington, which has already spat out one meme onto the Internet. Think it’s weird that they’re still casting when the trailer’s been out for like a month? Yeah, me too. But this is the movie that has Nicole Kidman playing a “sinister, seductive taxidermist,” so. There’s something in the water.

Newly signed on to get some sweet, sweet voiceover paychecks are Michael Gambon and Imelda Staunton, who will provide the voices of Paddington’s Uncle Pastuzo and Aunt Lucy. It’s completely feasible that a movie could still be casting voice actors when it comes out in two-and-a-half months—after all, the lines can just be slapped over existing animation—but it’s still weird, right? Let’s focus on the fact that, in this universe, Dumbledore and Umbridge apparently got married.

Let’s also focus on the fact that, at some point, BAFTA-winning actor Ben Whishaw, hailed as one of the best actors of his generation, got sucked into the talent black hole that is this movie. He’s been lured in to be the voice of Paddington—who, if you’ll remember, was going to be Colin Firth before he backed out (or “consciously uncoupled”—his words, not mine) after the first promotional images had already been released. Firth was going to play the bear with a “slight Peruvian flavor,” so, uh… we’ll see what Whishaw does.

Also in the Paddington cast are Peter Capaldi, Jim Broadbent, Sally Hawkins, Julie Walters, and Hugh Bonneville. Part of me wants to get excited for this in a too-bad-it’s-good sort of way, but I’m trying to tamp that down. I’ve been burned before.