#OscarsSoMale: Women in Film Need Industry Opportunity Before They Can Get Oscar Nods 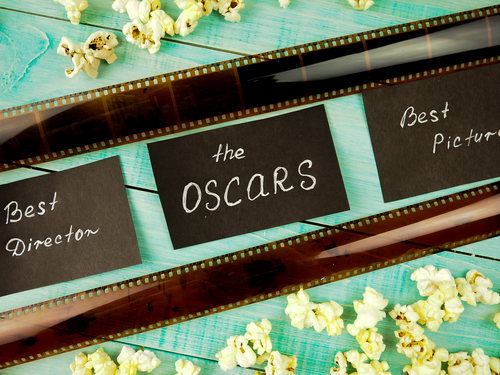 The #OscarsSoWhite debate has certainly brought attention to the lack of racial diversity amongst Oscar nominees in recent years, and there’s been some improvement in that area this year. However, something that campaign doesn’t include is mention of gender, and while women are half the global population, they make up only 17% of directors, writers, producers, executive producers, editors, and cinematographers working on the highest grossing films of 2016, and only 7% of all directors on the 250 highest-grossing domestic releases last year.

The Women’s Media Center, which is a nonprofit organization founded by actress Jane Fonda, writer Robin Morgan, and political activist Gloria Steinem with the goal of improving the representation of and opportunities for women in media, recently provided analysis of this year’s Oscar nominees to the folks at Variety.

According to their findings, “80% of all non-acting nominees across 19 categories were men, and some major categories, such as cinematography and original screenplay, contained no female honorees.” This is actually a drop of two percentage points from previous years. From 2005 to 2016, female involvement in these positions was holding steady at around 19%, so to watch it go down to 17% at a time when we’re supposedly more aware of the problem is hugely disheartening.

Now, this doesn’t mean that there isn’t reason at all for women to celebrate at the Oscars this year. Nine women, the most in any category, were nominated as producers in the Best Picture category, Ava DuVernay’s 13th has a Best Documentary nomination, Mica Levi became the first woman nominated for original score in 16 years for Jackie, and Joi McMillan became the first African American woman ever nominated in editing for her work on Moonlight.

These achievements are no small thing. However, they should not be the only ones. As Women’s Media Center president, Julie Burton, said in a statement, “Clearly, women cannot get through the door and if they cannot get through the door, they cannot be recognized — and rewarded — for their excellence and impact.” She echoes the sentiments of Viola Davis who, when she spoke specifically to the concerns of women of color when making her Emmy speech in 2015 said, “The only thing that separates women of color from anybody else is opportunity.”

Women can’t get nominated for positions they don’t land and opportunities they’re not given. And yes, there are plenty of female professionals out there doing it for themselves, producing their own work, and gaining experience, but the Oscars are where the highest-level projects go to shine. Rather than being told to “create their own opportunities” (which, of course they should, and of course, they’re already doing), women should instead be offered opportunities at the same rate as their male counterparts. They should be sought out, their careers nurtured. Mentors of all genders should work harder to “see themselves” in female filmmakers.

These numbers are not okay, and they seem to be getting worse.