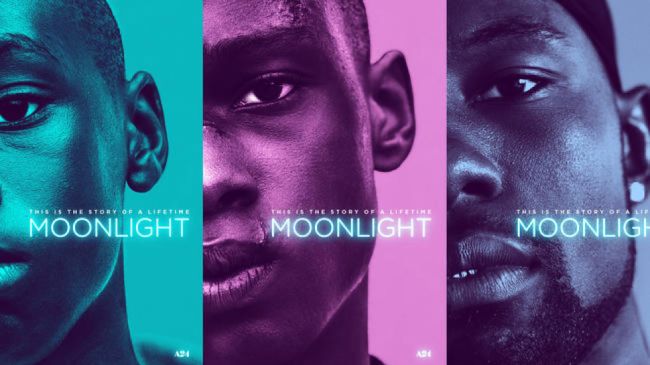 If you were rooting for diversity to win out at this year’s Oscars, only to throw up your hands and walk away from your screen when La La Land was announced as Best Picture, you missed something really important. La La Land didn’t actually win. Moonlight did.

Moonlight director Barry Jenkins won the Oscar for Best Adapted Screenplay along with playwright Tarell Alvin McCraney who wrote the play upon which the film is based, In Moonlight Black Boys Look Blue. Moonlight’s Mahershala Ali won the Oscar for Best Supporting Actor. And yet slowly, La La Land started picking up award after award: for cinematography, Original Score, Original Song, and Best Director, making Damien Chazelle (at 32) the youngest person to ever win Best Director. It seemed that La La Land was going to take home the big prize.

Warren Beatty and Faye Dunaway, doing a Bonnie and Clyde reunion, announced La La Land as the winner. Actually, Beatty looked at the card and was confused. He showed it to Dunaway, who barely looked at it before announcing La La Land.

The cast and crew of La La Land came up on stage and started their acceptance speeches. Then Jimmy Kimmel burst through the crowd and stopped the speeches. Apparently, Beatty had been given the wrong envelope and card to read.

As he explained after one of La La Land‘s producers was confirmed that this was not a joke, Beatty explained that he’d been given Emma Stone’s card by mistake. He saw “Emma Stone – La La Land” and paused for a moment, not knowing what to do. He then showed it to Dunaway, who then announced La La Land as the winner.

Clearly, he should’ve stopped and asked somebody. Seriously, how do you know you have the wrong card and not immediately stop to ask someone to clear it up? Meanwhile (Conspiracy Alert!), when Emma Stone was interviewed at the Governor’s Ball afterwards, she says that she has the card with her name on it, so she doesn’t know what card they have. Dun, dun, duuuuuuun….

Once the mistake was announced, and the cast and crew of Moonlight ascended the stage, La La Land producer, Fred Berger graciously gave over the Oscar. Team La La Land must’ve been disappointed, of course, but they handled the chaos with nothing but class.

Meanwhile, Moonlight producer Sarah Esberg was nearly too stunned to give a speech. I mean, how does this even happen?! But she did, and the cast and crew of Moonlight were of course shocked by the mistake, but seemingly not shocked by the win. They owned their win, while shouting out La La Land in a gracious way in return.

TALK ABOUT AN OSCAR UPSET!

It’s thrilling that this little movie that could has come so far and been given its due reward. Moonlight didn’t have singing and dancing, but it had performances and a story that were better than simply mediocre. It was a beautifully written script acted by brilliant performers throughout. It was shot beautifully, and the film’s use of color was astonishing. Most importantly, the film told the story of a gay, black man in a completely unexpected way. A story that doesn’t usually get told in the mainstream has been told beautifully, and now has a Best Picture Oscar to show for it.

Its win shows that a film featuring this kind of storytelling is important to Academy voters, even if you have get through a couple of mistakes to proclaim it the winner.