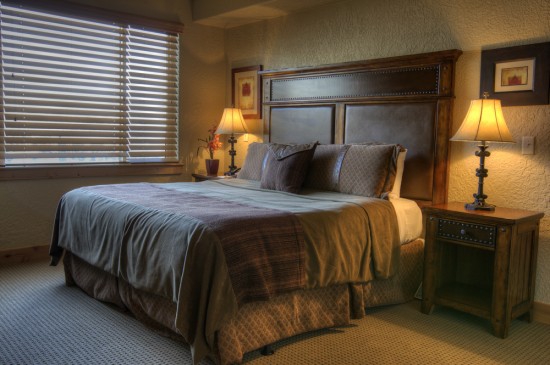 When you’re cruising around the web, you usually don’t devote much thought to what operating system you’re on. As long as your browser is working fine, who cares? Orbitz cares, for one, and you might want to start caring too. Turns out Orbitz treats Mac and Window users differently; they show Mac users the more expensive rooms.

It’s not an attempt to rip anyone off (ostensibly) nor do the same rooms get inflated prices on OS X. Orbitz simply realized that Mac users tend to be more likely to go for the pricier, fancier rooms, so why not show them more of those? Orbitz calls this plan “predictive analysis.” On average, the Wall Street Journal reports, Mac users were found to be 40% more likely to go for a four or five-star hotel than Windows users, and even in the same hotels, travelers repping Apple were more likely to pick out more expensive rooms. Over all, Mac users are generally willing to spend as much as 30% more per night on their hotel rooms.

Orbitz has noticed this of course, and has started showing Mac users more expensive rooms by default. It’s worth clarifying again that Orbitz isn’t adjusting prices or anything; they are just opting not to show Mac users the cheapest deals by default. It’s easy to get around that, however. All you have to do is rank the listings by price. Of course, if you’re not already in the habit of doing that, you can probably spare the extra bones.

The Mac vs. Windows spending money disparity isn’t just something Orbitz whipped up, either. WSJ notes a Forrester Research study that shows the average household income in a Mac house is $98,560 to Windows’ $74,452. Still, it’s hard to think that many Mac users will see this as a feature. It’s unsettling to know that anyone is going to these kind of lengths to part you from your money, even if you do happen to like more expensive hotel rooms anyway. Since Orbitz has come out with this information, both Priceline and Expedia have taken the opportunity to state that they don’t segment their user base by operating system, which is half heartening, half suspiciously specific.

It shouldn’t be news to you that people who sell you things are trying to get as much of your money as possible, but it’s never bad to have a little reminder, especially if you happen to be a price sensitive Mac owner. Remember, the “sort by price” button is your friend. Unless you don’t really care that much, in which case, can I have some of your money?

Relevant to your interest in sleeping around