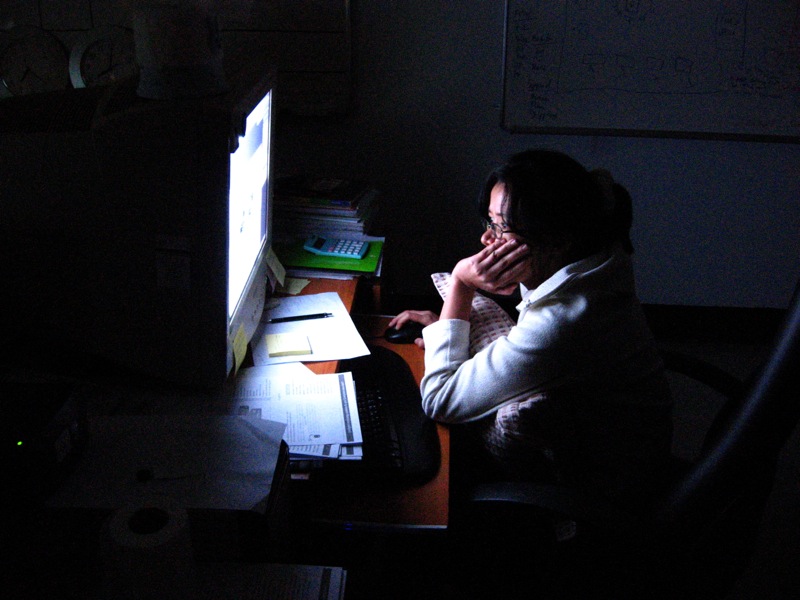 Would it surprise you to learn that men and women have different standards when it comes to their online privacy settings? According to Morar Consulting‘s nationwide survey of 2028 internet users in the United States, women put a high priority on their online privacy and think twice about over-sharing. Men care about their privacy, too, but they’re not as worried about it as female users.

Morar Consulting got funding for the survey from an app called “Hide My Ass,” which is a VPN service provider. Obviously, it’s in that company’s best interest to find out exactly who wants privacy online, and why. Hopefully they’re learning something from the study they commissioned, because their infographic about the survey paints a pretty stereotypical picture and makes gross jokes about Kim Kardashian over-sharing.

The actual results of the survey tell a very different story. Even though women do get stereotyped as being performative and attention-seeking (as though there’s anything wrong with that anyway), the data in this survey reflects the opposite of that. According to the responses, it’s men who are more likely to enjoy getting tons of attention online and who might consider it a form of validation.

Let’s drill into the data, shall we? Forbes reports that although women respondents were more likely than men to say they use social media for “personal reasons” (45% of women and 37% of men reported this), women still didn’t consider their social media presence to be a good indicator of what was actually going on in their lives. When it came to agreeing with this statement, “My friends don’t need to see me to know what’s going on in my life, I post everything online,” 26% of men rated that as a fair descriptor (as a 4 or a 5 on a scale of 1-5), whereas only 16% women did.

Similarly, the statement “The number of followers, mentions, photos, etc. you have on social media, the more successful or popular you are” resonated more strongly with men than women, with 28% of men agreeing, and only 20% of women agreeing. Plus, 24% of men said they wanted their social media posts to receive “a lot of interaction,” whereas only 17% of women reported a desire for that.

The fact that men want to receive more interactions in response to their social media posts, and that men felt safer sharing personal details online in general, makes a lot of sense to me in my own anecdotal experience. I think women on the internet have already been able to tell that their female peers get punished publicly for “over-sharing,” and so they’re more likely to carefully curate their persona online due to that scrutiny. Men, on the other hand, still feel excited about the idea of getting lots of interactions with their social media posts. Being popular on social media still seems fun as opposed to stressful, for them. Again, this certainly isn’t true of everyone, but it does make sense that this would be a broad pattern based on the data.

For me personally, getting a lot of social media notifications usually means that something bad just happened, not something fun or exciting. I almost never expect my notifications to be filled with compliments! Getting treated like crap by strangers on social media (and seeing my peers get treated like crap on there) has definitely changed the way I use it. It also doesn’t really seem like anybody cares about what happens to me online, least of all social media companies.

Apparently, I’m not the only one who feels that way. According to this survey, 52% of women reported a lack of self-confidence that websites would protect them from “security problems.” Only 33% of men reported feeling that way. That’s a pretty big discrepancy in terms of who feels safe on the internet, hm?