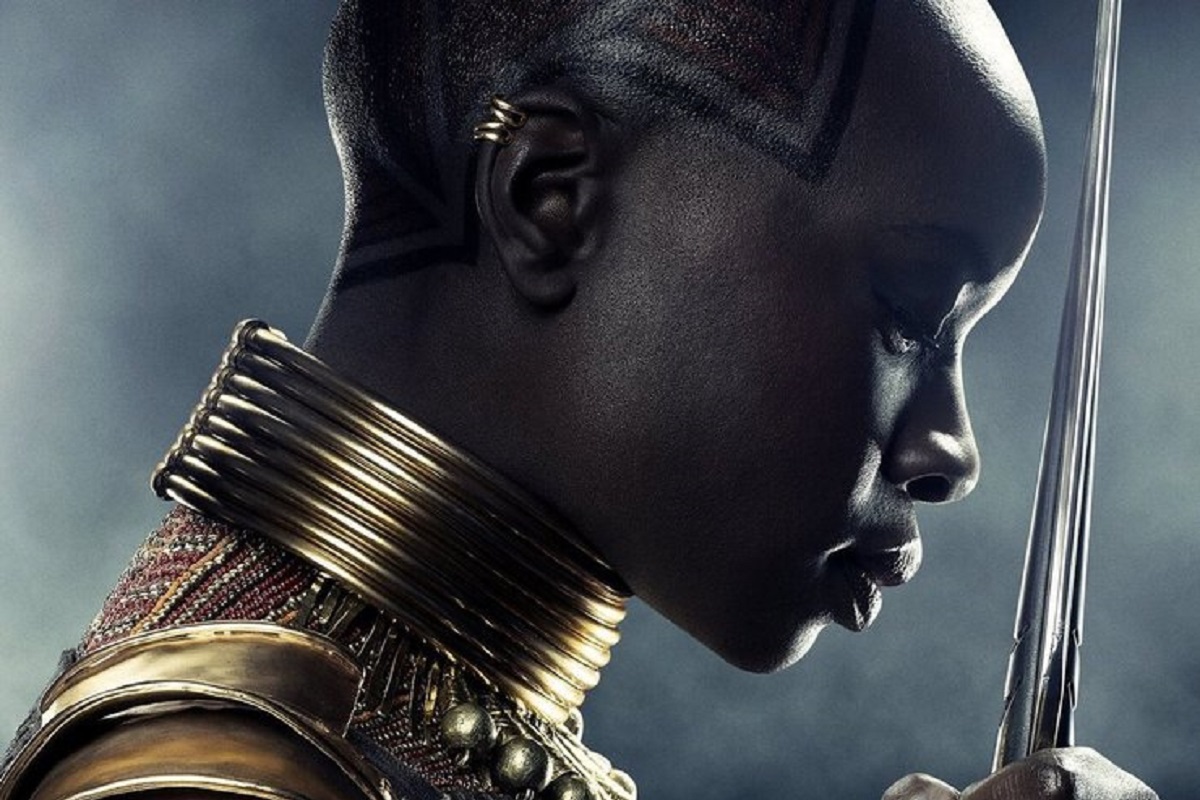 It’s hard to believe that Black Panther could be any more a perfect nugget of a film than it already is, but apparently one of the best-acted scenes in the film, an absolute favorite of director Ryan Coogler’s, nonetheless had to be cut from the movie. **SPOILERS FOR BLACK PANTHER**

The romantic relationship between Okoye (played by The Walking Dead‘s goddess-queen Danai Gurira), a member of the Dora Milaje, and W’Kabi (played by Get Out‘s awesome Daniel Kaluuya) of the Border Tribe was an important element in Black Panther. Both characters were fiercely loyal to T’Challa (Chadwick Boseman) at the beginning of the film, with Okoye being one of his sworn protectors, and W’Kabi being one of his best friends.

However, that all changes with the arrival of Erik Killmonger (Michael B. Jordan) to challenge the throne. At first, Okoye and W’Kabi seem to be on the same side, with both supporting Killmonger’s ascent to the throne through Wakanda’s challenge ritual. Okoye, as a Dora Milaje, is honor-bound to protect whoever sits on the throne of Wakanda. W’Kabi, on the other hand, was disillusioned by his friend when T’Challa failed to kill Ulysses Klaue, who among other things killed W’Kabi’s parents, but Killmonger brought Klaue to Wakanda in a body bag, doing what neither T’Challa nor his father could do.

However, when T’Challa, who’s presumed dead, returns, invalidating the results of the challenge, Okoye recognizes him as the still-current king and fights for him gratefully (despite her duty, she was not happy about this Killmonger dude). Her feelings for T’Challa are about more than her honor as a Dora Milaje. It’s about recognizing him as their true king for the qualities he possesses, his potential for true wisdom, his ease in dealing with others in a compassionate way.

And there’s a brilliant, if brief moment toward the end of the film where Okoye has to confront W’Kabi, and reveals just how far she will go to defend Wakanda and its king. It’s powerful precisely because they love each other so much. But Okoye isn’t about her own pride. She loves Wakanda more.

In an interview with Empire Magazine’s podcast, Black Panther executive producer Nate Moore talked about some of the things that didn’t make the cut of the film. Moore talked about one scene in particular, between Okoye and W’Kabi, that he and Coogler fought to keep in the film until the very last second, when test screenings revealed that despite its brilliance on its own, the scene slowed the pacing of the movie down.

“So in the film it is more than hinted at that they’re a couple, but there is a scene directly after Killmonger takes the throne where you hear both characters articulate their point of view as to why they should or shouldn’t follow this man and it’s one of the most well-acted scenes I’ve ever been a part of.

Unfortunately it occurred at a point in the movie where audiences just wanted to get to the resolution and so it slowed down a part of the movie and we were afraid audiences were checking out. We were also afraid if we took it out we’re going to ruin this movie—‘guys we’re going to ruin this movie; let’s not take it out.’ We didn’t take it out for three or four screenings and we finally took it out and I think Ryan and I were probably the last men on that beach saying don’t take it out.”

I have no doubt that Gurira and Kaluuya brought their “A” acting games to every frame they were in. While I’m sorry that I didn’t get to see this exchange in the film, this is what things like Blu-ray extras are for!